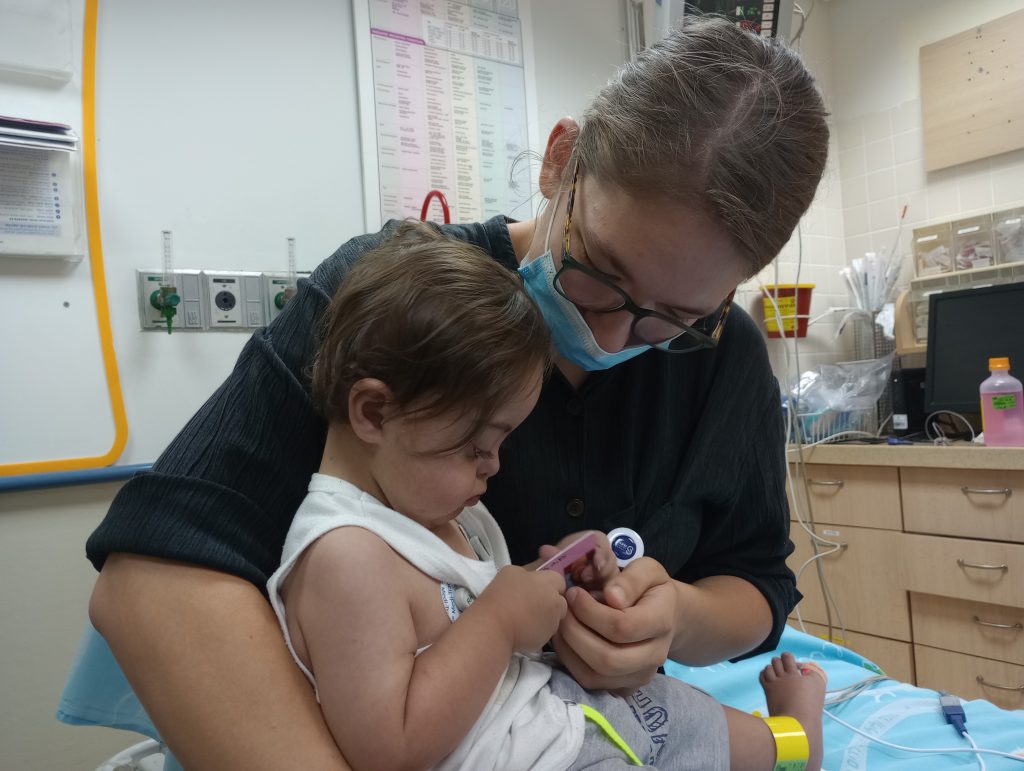 When I went this afternoon to our family home to just spend some time with our friends there, I took Ahmed in my arms and he was smiling and happy as always. But as soon as I looked at his hands, I was a little shocked at how blue they were. I usually don’t have him so often in my arms, so I wasn’t sure if this was normal for him and decided to check his oxygen just to be safe.

At this point, I was shocked for the second time, because it was around 20% lower than what is normal for him. I talked to his mom who also confirmed that he looks more blue today, so it didn’t take us long to decide to bring him directly to the Sheba Hospital Pediatric ER. There they checked his saturation and started to give him oxygen support. 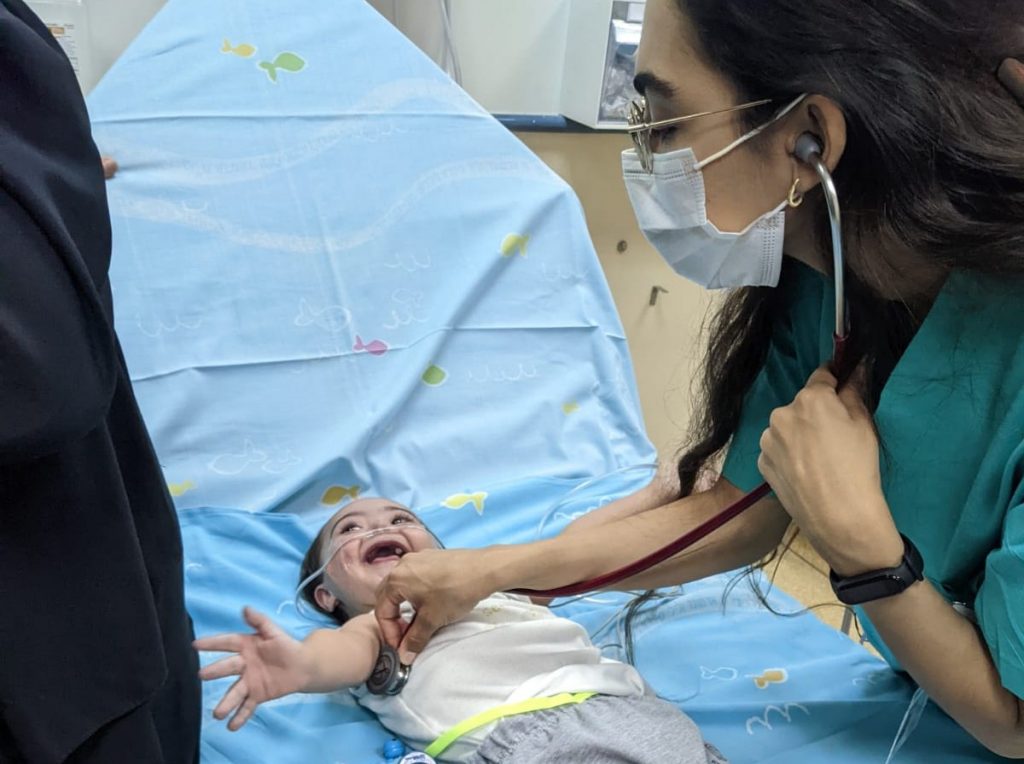 The medical staff first thought that maybe Ahmed had such low saturations because he is dehydrated and they gave him fluid through an IV. Even with all this support, his oxygen dropped sometimes to 50 and when they once tried to remove the support for a short time, it went frighteningly low. After a long waiting time while they watched Ahmed, they finally decided to admit him so that they can keep giving him support and watching him. 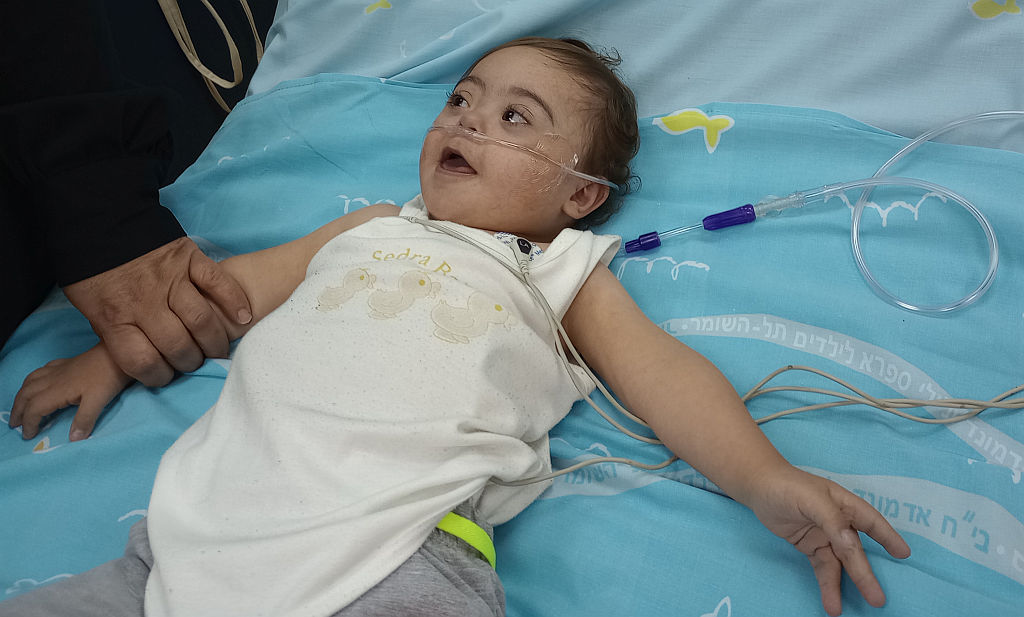 For his mom, this whole situation wasn’t easy as no one at the hospital speaks her language and she didn’t know what was happening with Ahmed. What helped her and all of us, were the smiles of Ahmed who was probably the most happy child that I ever brought to the ER.

When I look back, I’m just amazed how God was working in this situation. Usually I take another baby in my arms when I go to our family house, but as that child was sleeping I decided to pick up Ahmed. Only through this and because God gave me the right thoughts in the right moments, was Ahmed brought to the hospital before his oxygen dropped lower and maybe had left irreversible damage to his brain. 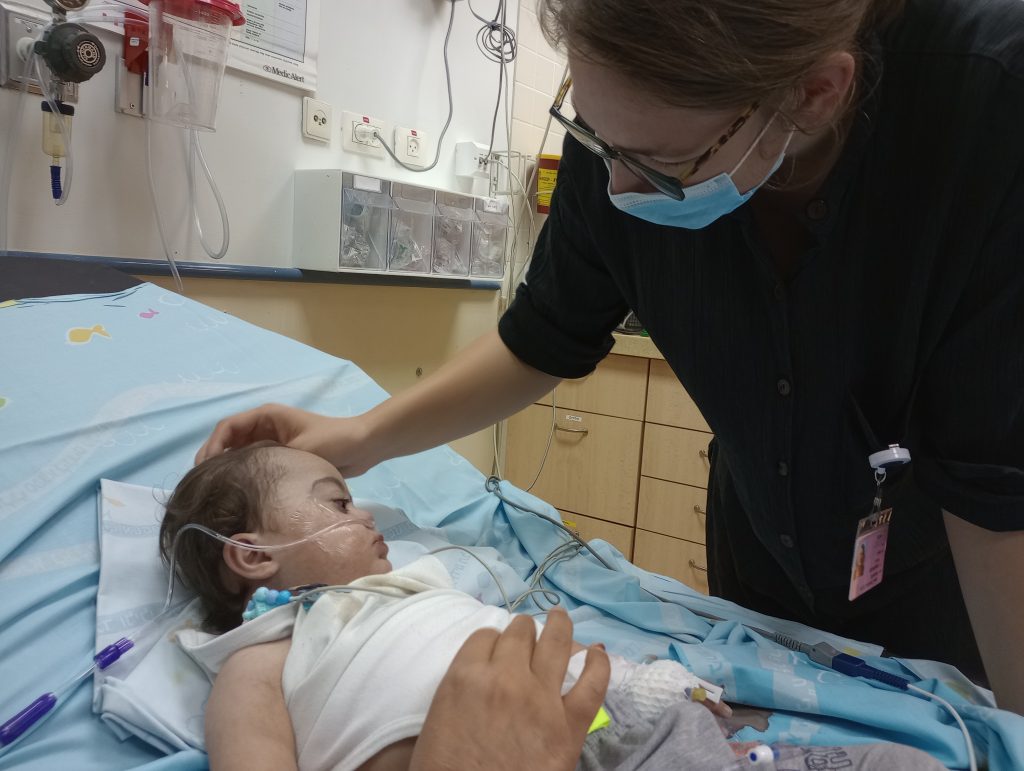 We need God’s help in our work here so much. It was a hard day as at the same time Ahmed was in the ER, a young man from Gaza went from our house in Ashdod into emergency surgery and died. Good and bad is so close together and while Ahmed was saved, another man lost his life. And still we want to thank God in all of this, in the good and in the hard things. Thank you for all you did today God! Thank you for working in us! Please bless and protect Ahmed and his mom, please heal Ahmed!