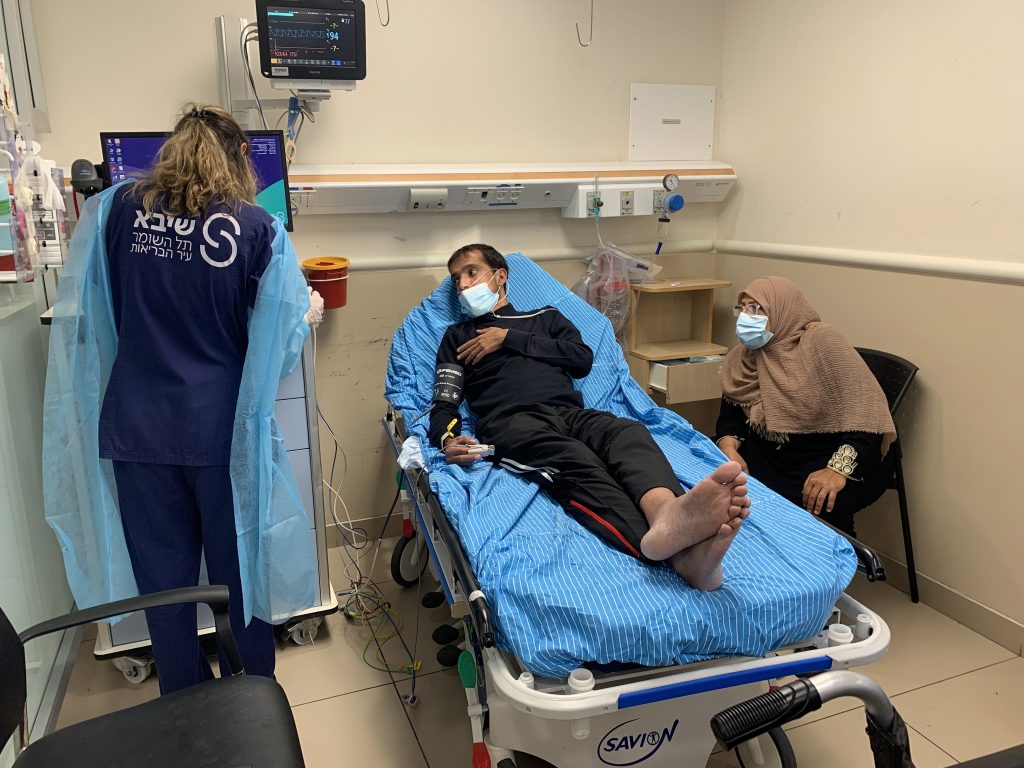 After four days of coughing and no sleep for Mohammed, we decided to go to the Sheba hospital’s ER today.  His difficulty in breathing was audible and he felt very weak. He mentioned also many times that he doesn’t want to stay and just wants some medicine. It was also the reason why he put off the consideration of going to the ER until just now.

Doctors decided to give him antibiotics for the next three days to treat his bronchitis and they allowed him to return to our community home. In general, the doctors and nurses were very friendly and helped us. It didn’t take us that long in the ER area which is very unusual. The blood test, X-Ray and ICG went also very fast.

Mohammed is very happy with this outcome and likes to be back in Jaffa, rather than in the hospital.

Please pray that this little set back will not change the plans for his eventual catheterization which was scheduled to take place in the next few days.