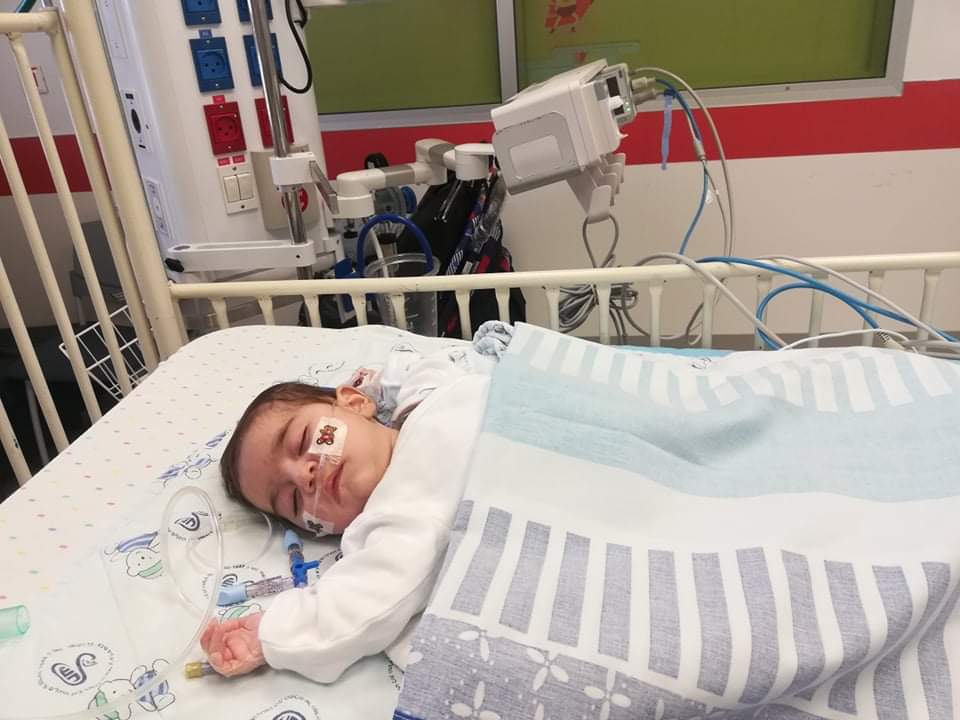 This week at Sheba Medical, the doctors performed a bronchoscopy to find out why Lava was having a stridor. The test showed there was narrowing in her trachea. A few hours after this, she was taken into surgery to widen the area.

Because this was a non-cardiac operation, she had to be transported to a different building. This was very scary for her mother who asked why it wasn’t in the normal surgical area; she’d thought something was dangerously wrong that Lava had to be brought to a different OR.

Her question was valid and significant given how ill Lava was when she first came to the hospital and how just the night before, we lost a Kurdish baby in our community. Given the grief and heaviness of this loss, and how she was afraid for Lava now, I was determined to assure her that this procedure isn’t the same as an open-heart surgery; it is a small operation for Lava. As for the change in location, this is the area for all operations which aren’t for children’s heart’s.

After Lava was taken into the OR, she wanted to explore the shopping area nearby. We got chips and Snickers bars before returning to the waiting area. I could see her relax and to her relief, Lava’s operation only took about an area before Lava was out and being transported back to the ICU. She was in a very good condition after this surgery. Next week, the doctors will repeat the bronchoscopy to check if her trachea has stayed open or if it has narrowed again