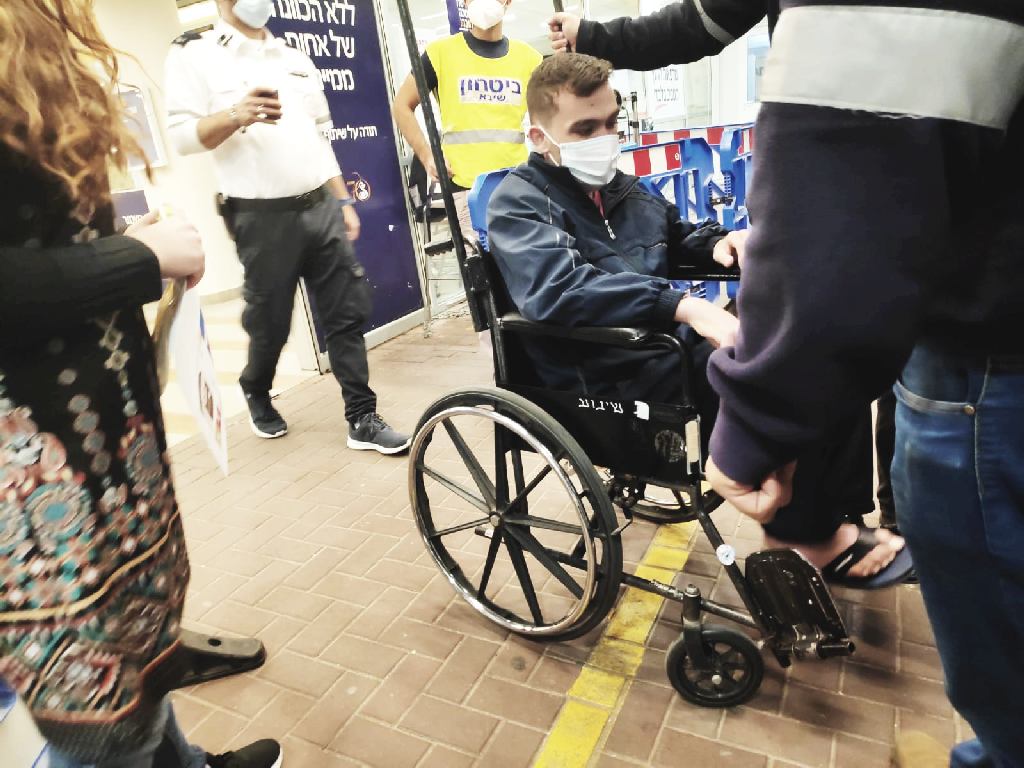 Co-worker Amar phoned this morning to say that Alaa needs to come as soon as possible to Sheba Hospital due to fluid build-up in his stomach. God was in this from the start as Amar worked to bring him to Sheba via an ambulance and co-worker Sabrina and I arrived at the Emergency Room just as the ambulance did.

After a rapid Corona test, Alaa was taken inside where an Arabic-speaking doctor asked him details about his condition in Gaza and general medical history. Everyone we spoke to was extremely conscious of the former mistake in medications that caused him to go into anaphylactic shock the last time he came to the E.R. They were sensitive to this as they were treating him.
He is now being hospitalized for further evaluation as to what is causing the fluid accumulation in his body. Please continue to pray for Alaa as he enters another period in the hospital.