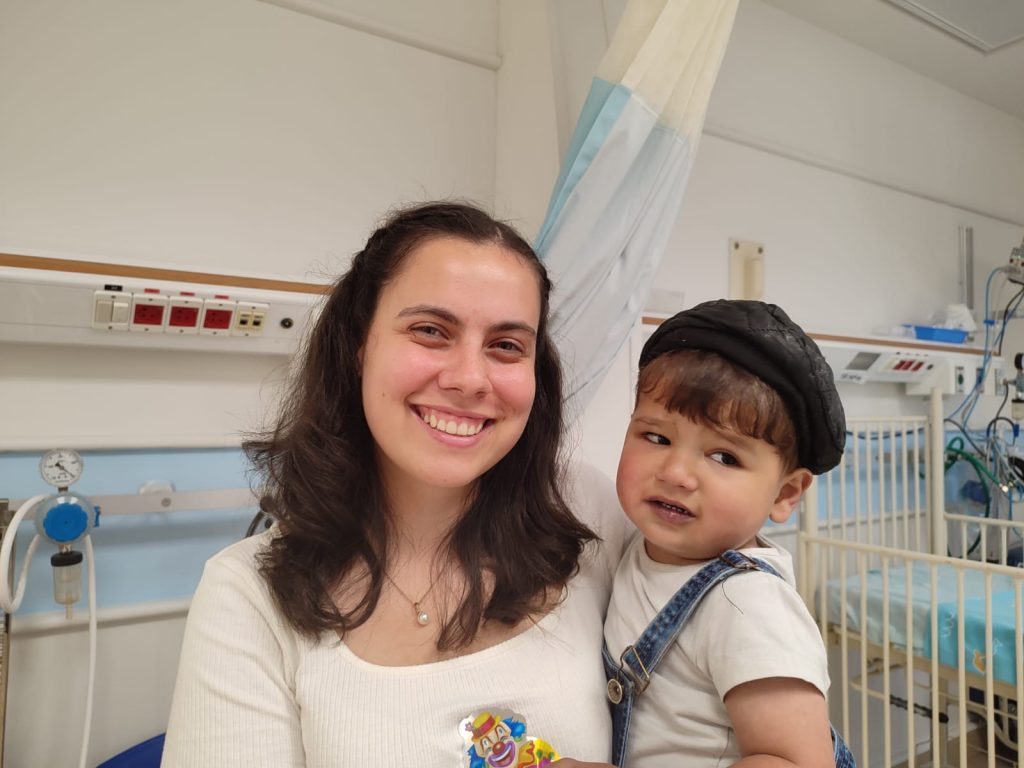 Today coworker Amelie and I drove very early in the morning from our home in Ashdod together with cute little Fayez and his lovely mother, to the Sheba Medical Center.

First we did a blood test. 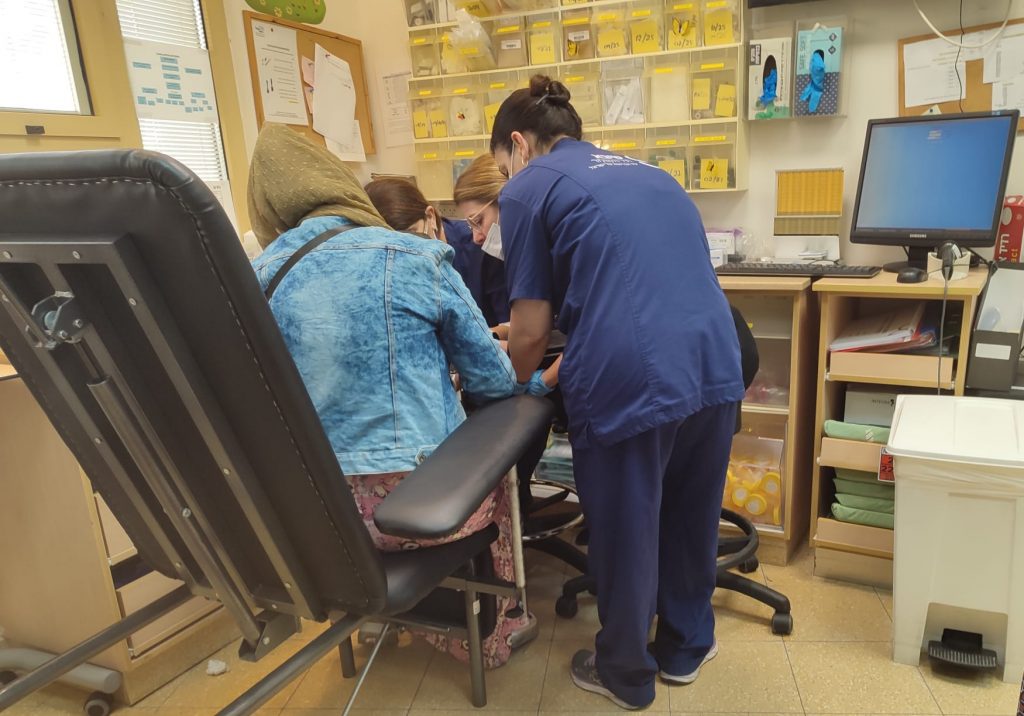 As always, it was a big fight to get the amount of blood together needed for the test. They collected the blood, drop by drop, and tried different places on Fayez to draw from. At one point, they just pushed the blood out of one finger to collect the droplets. He cried a lot, but still he was very brave.The nurse said afterwards that he is a hero and gave him a bag full of sweets for which he was really happy. 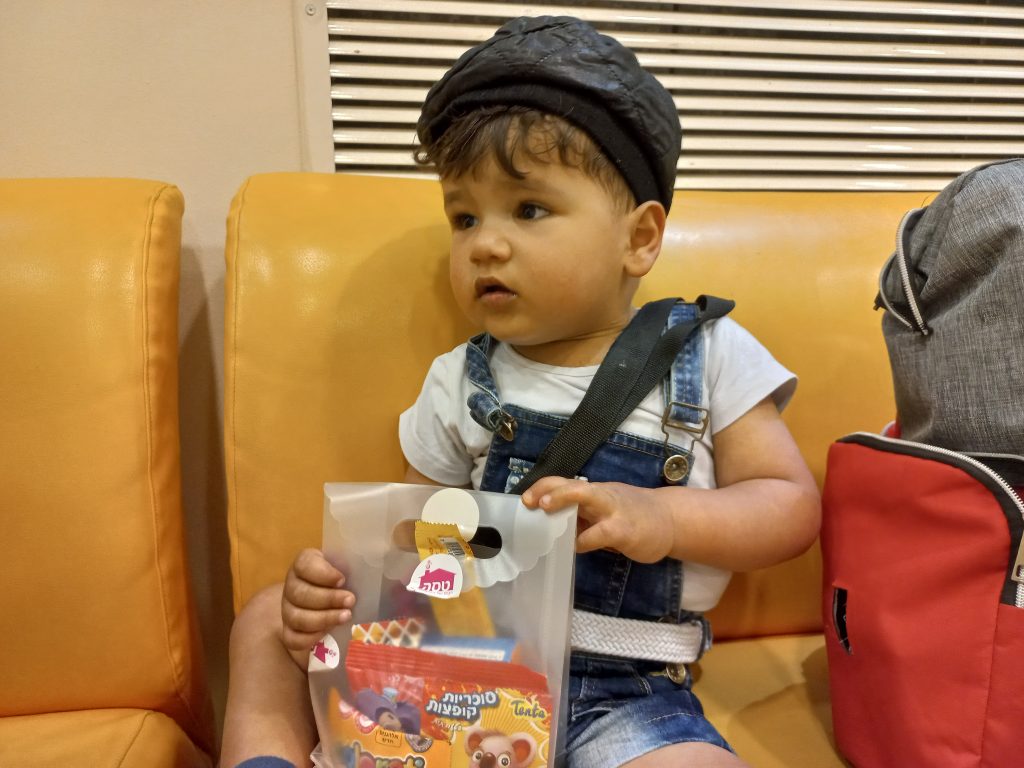 After a long time spent with the blood test, we finally went to Fayez’s echo. 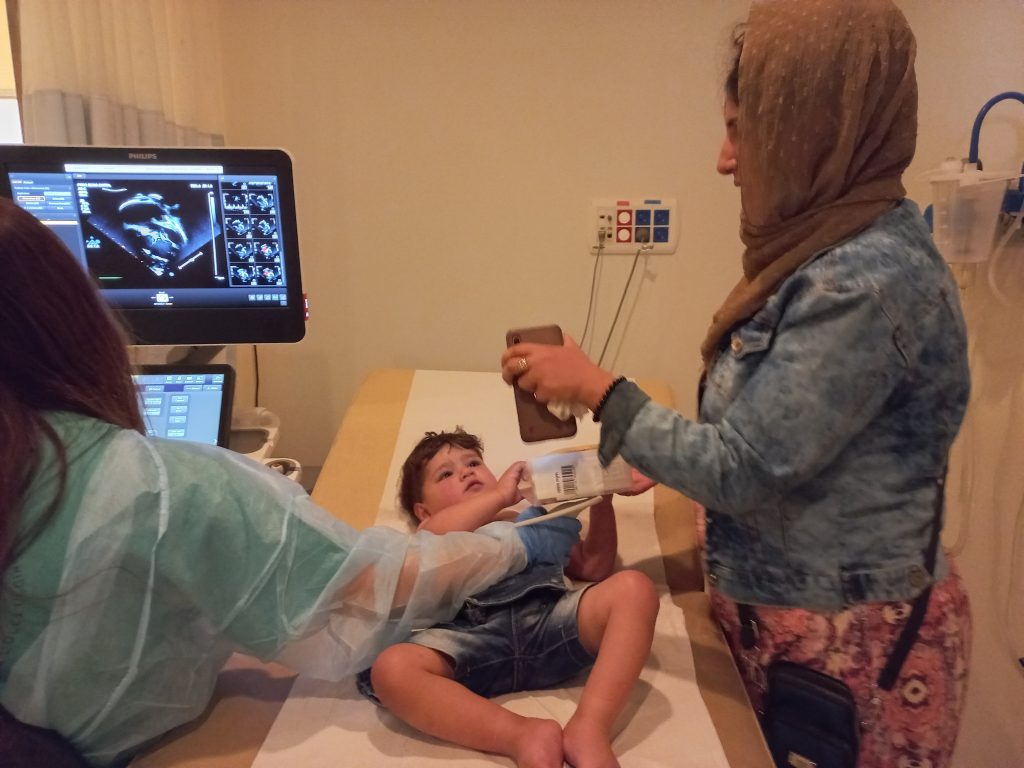 They made also an ECG and measured his oxygen, which was only 75%.

The doctor came and said that Fayez is not doing so well, his Digoxin levels are very low. The doctors will try to treat this in the coming days. This is the reason why Fayez was spontaneously admitted to the hospital.

After the echo, we had to wait a longer time and Fayez used this time to sleep on the floor. 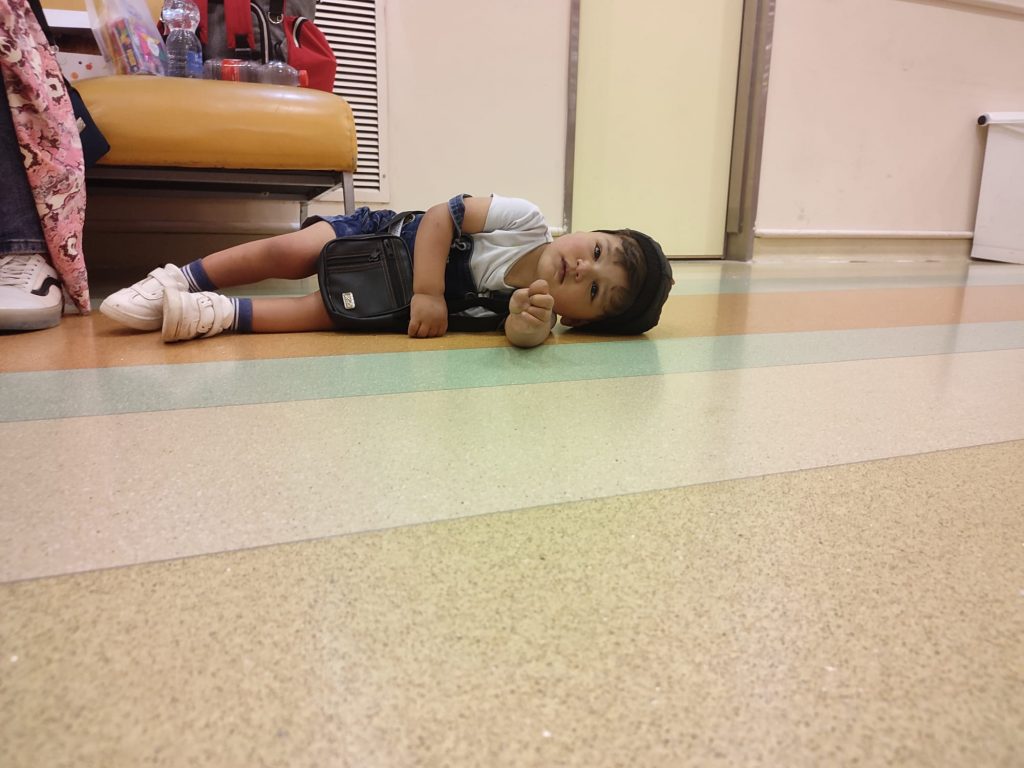 I always enjoy being with him, he is such a smiler. 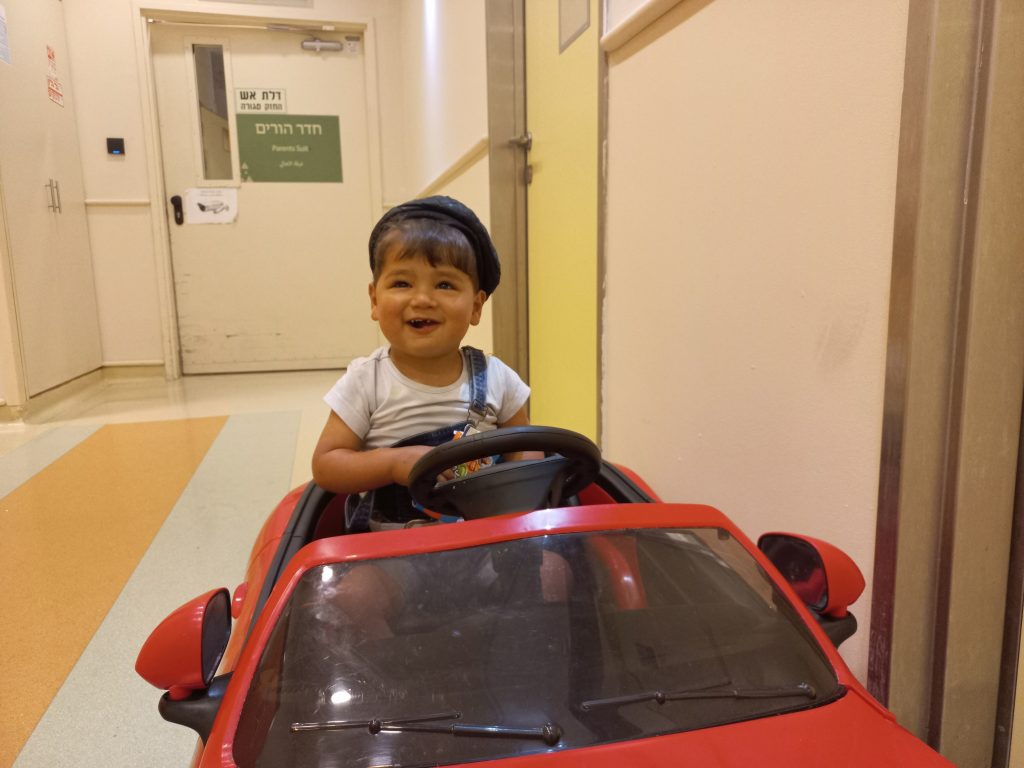 Added to that, it was very special for me to spend this day with Fayez and his mother, because my first hospital day serving with Shevet, it was with little Fayez that I worked and now he is also my last child to work with. So I started kind of with him my journey in Shevet Achim and also ended it with him.

Let’s pray for this wonderful child, that his condition is now finally going to be better.