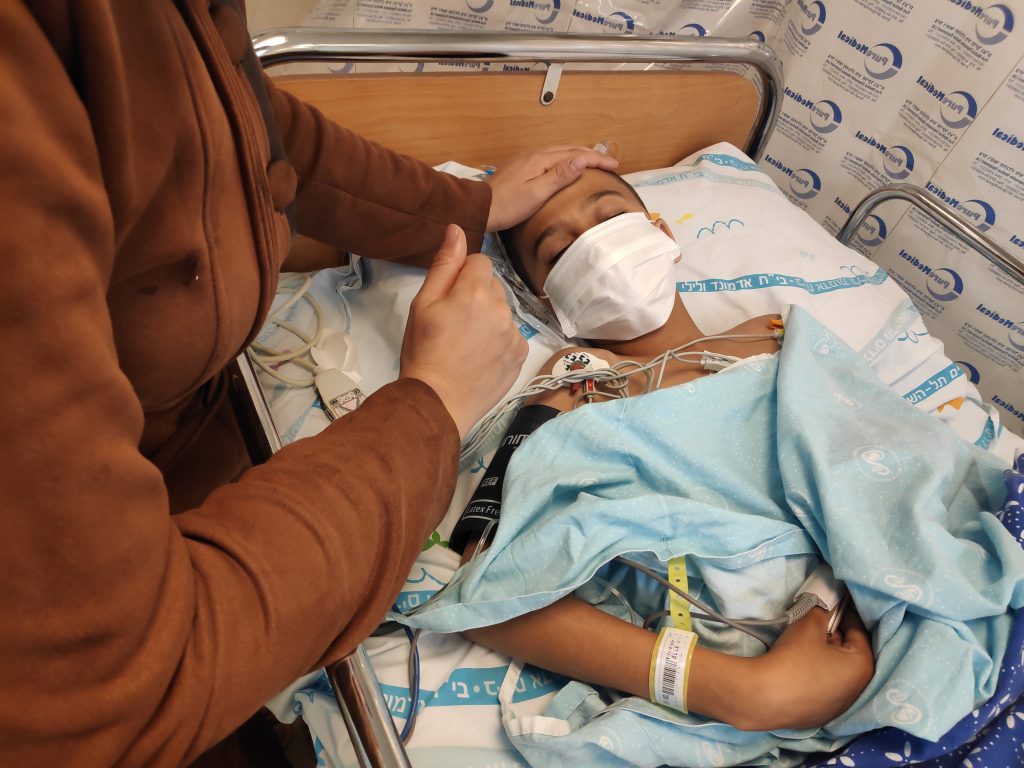 This morning I went to the adult building at Sheba Medical Center because Ahmed was taken there for his catheterization. This was unusual for me and I was not sure if I would find the right place, nor Ahmed’s mother. As he has been before, the Lord was with me today  and I found Ahmed’s mother immediately without having to search for her.
When I arrived, Ahmed had already been in his ablation cath for one hour. His lovely mother was afraid for her first-born son, but there was a kind nurse who spoke Arabic and tried to comfort her. I offered her to come with me and sit down near the surgery area, which is where we spent the waiting time together. She told me she has three other children waiting for her back in Gaza. She received some phone-calls and was crying silently because she was very worried. I tried to comfort her with a hug.
The were in the waiting time altogether three hours, when a kind doctor came out to tell us in Arabic that everything went well. Ahmed’s mother was very happy to hear this beautiful news and was thankful to the doctor, but first of all to God. The cath completed, we went together to an area where we waited until her little Ahmed was awake, which took half an hour. 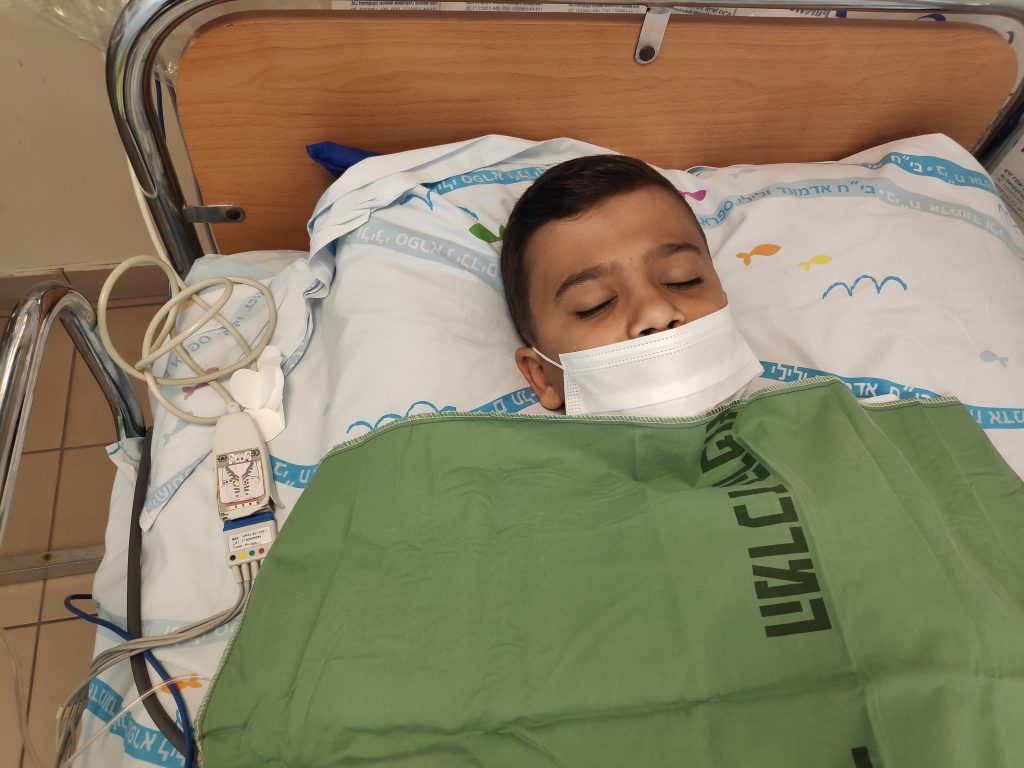 His lovely mother was faithfully by his side the entire time and put a blanket on him when he began shaking a bit. When I saw this act of kindness, I could tell that she loves him very much and he showed his love to her as well as he took her hand when she wanted to move.
Today, he was moved back to the ward where he was before and was confined to his bed until three o’clock. If everything goes well with him, he can already be discharged tomorrow. His mother can’t wait to be back home. She told me several times that she loves all her children and that they are waiting for her. So your prayers for Ahmed and his lovely mother are much appreciated.