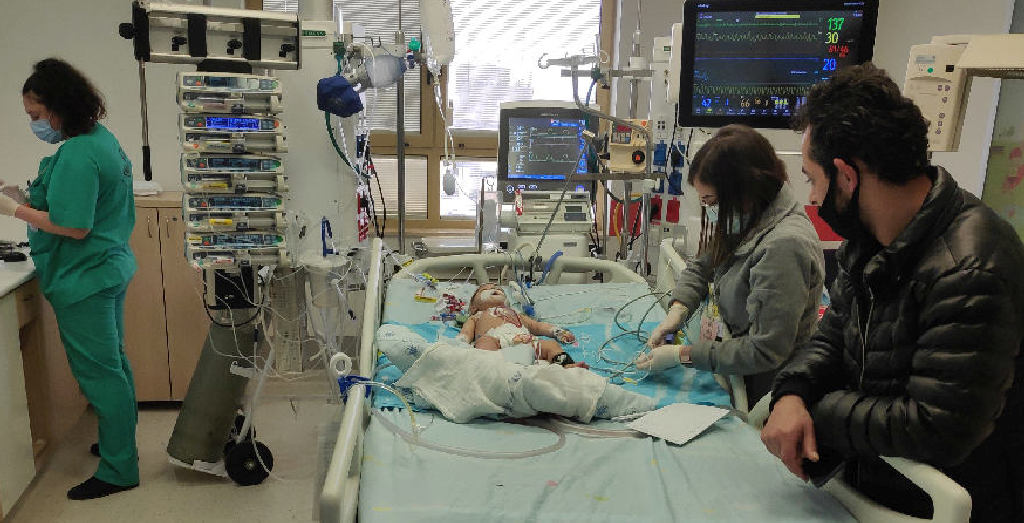 At 8 o’clock this morning, ‘small baby’ Mina went to her surgery. It was the second surgery for arterial switch. When I arrived at the hospital, Mina’s father was quite worried. His worries quickly subsided however, because some other Kurdish families also receiving heart surgeries with Shevet Achim, were also in the hospital at this time, and kept us company while we waited for news of Mina. It really is lovely to see how the families all support each other during difficult times, encouraging each other not to be afraid. Mina’s surgery was planned as a two hour surgery. It lasted however, for a total of five and a half hours. The father of ‘small baby’ became quite worried. He spent time walking around the waiting area and looking trough the small doors there. But the wait was worth it when at last the doctors were able to do the arterial switch and fix her little heart in the procedure. Praise the Lord for that. When Mina’s loving father received this news, he was very happy and called his wife directly to tell her the wonderful news. It was quite a surprise for her, since Mina’s father did not tell her that Mina was having her second surgery today. He wanted to surprise her and the surprise turned out very well. His wife cried with joy when she heard that the surgery was successful. Now the doctors and we hope for a good recovery for .small baby’ Mina. May you join us in prayer for that.