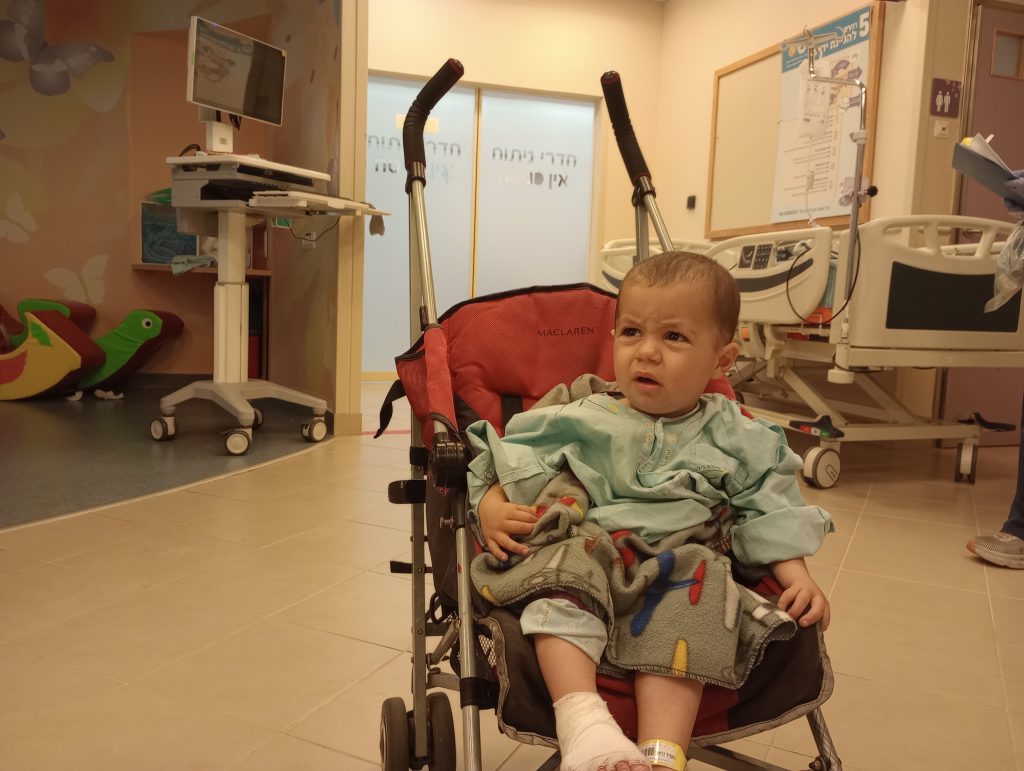 This day started early for Nozhdar and his mother as he was going into surgery at Sheba Hospital this morning at eight and the nurses already started preparing him for it much earlier. I arrived in his room at 7 and his mom directly hugged me tightly.  She kept herself together to be strong for her boy, but I could feel that she was very nervous.

At eight in the morning, his mom was allowed to bring Nozhdar in his stroller to the preparation room, as this was the only way he calmed down and accepted the situation. He was fighting against his IV and everything that looked like any medical device. When we arrived in the preparation room and the anesthesiologist talked to his mother, Nozhdar didn’t cry anymore, but looked very skeptical. A little bit later his mother was allowed to carry him to the OR and wait until he fell asleep before she came out again. At this point, all her emotions came out too. She hugged me and didn’t stop crying. Her little boy was just at the beginning of his open heart surgery and she was worried. What if he will not do well or will never come out again?

After some time, mother calmed down again, could sleep a while, talked to a few other mothers, and ate with me. The doctors had told her that the surgery will take around four hours, but after only three hours, the surgeon exited the OR and told us the surgery is finished and they are just closing his chest now. 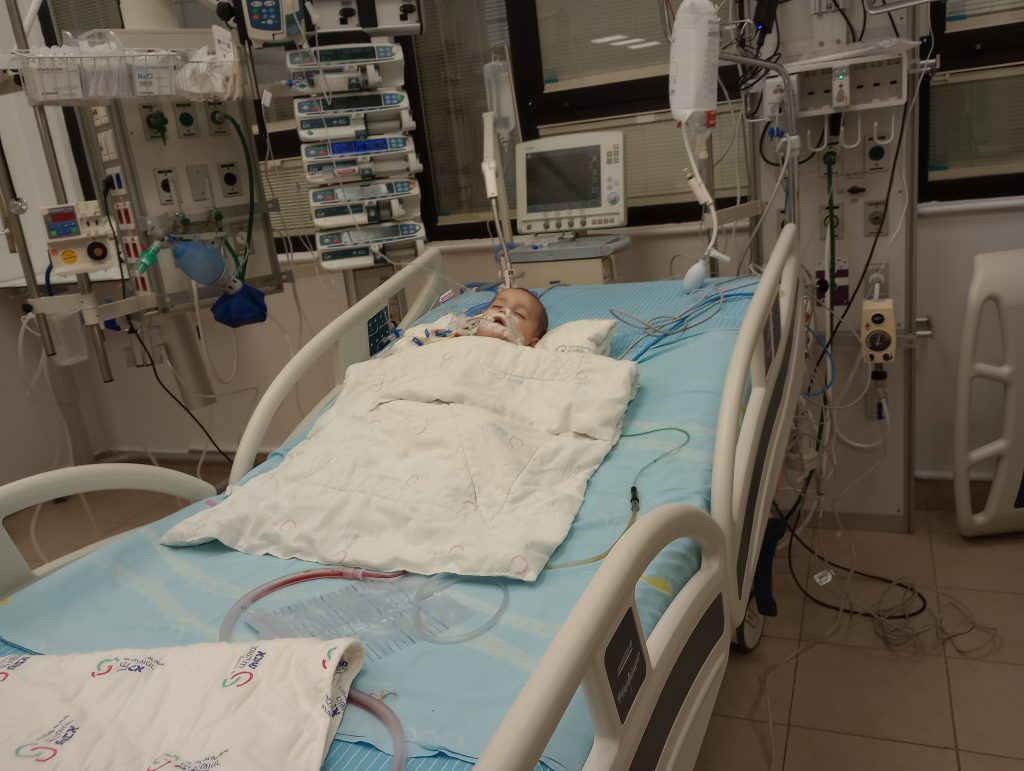 They successfully closed his ASD with a patch and Nozhdar is doing well. 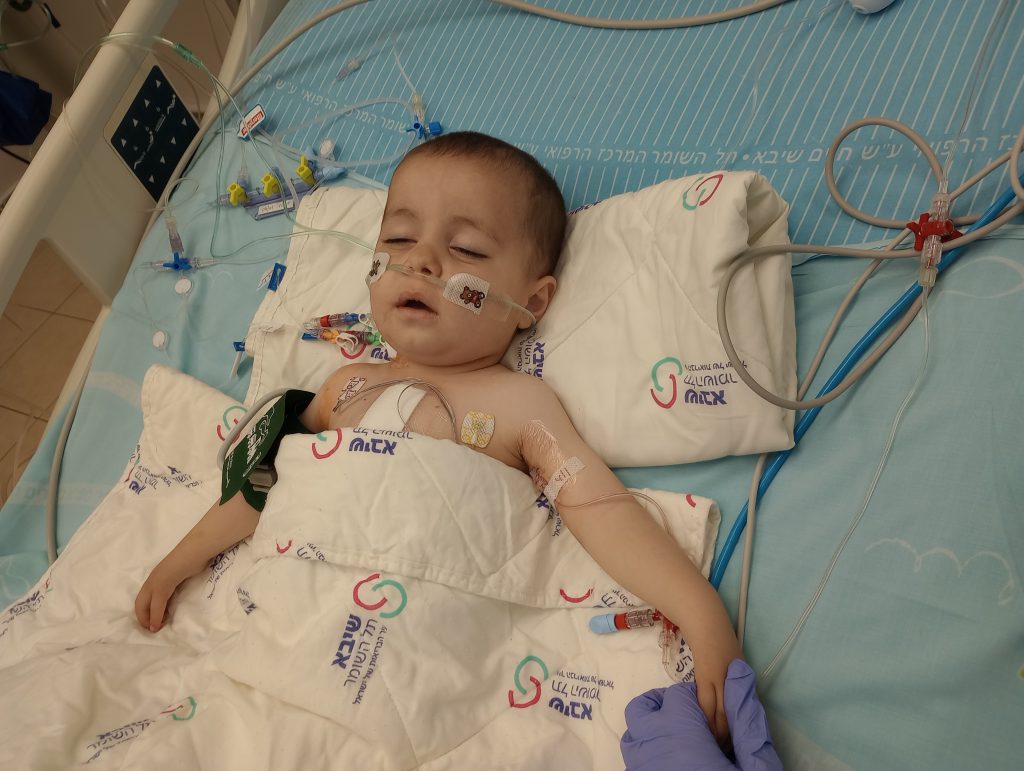 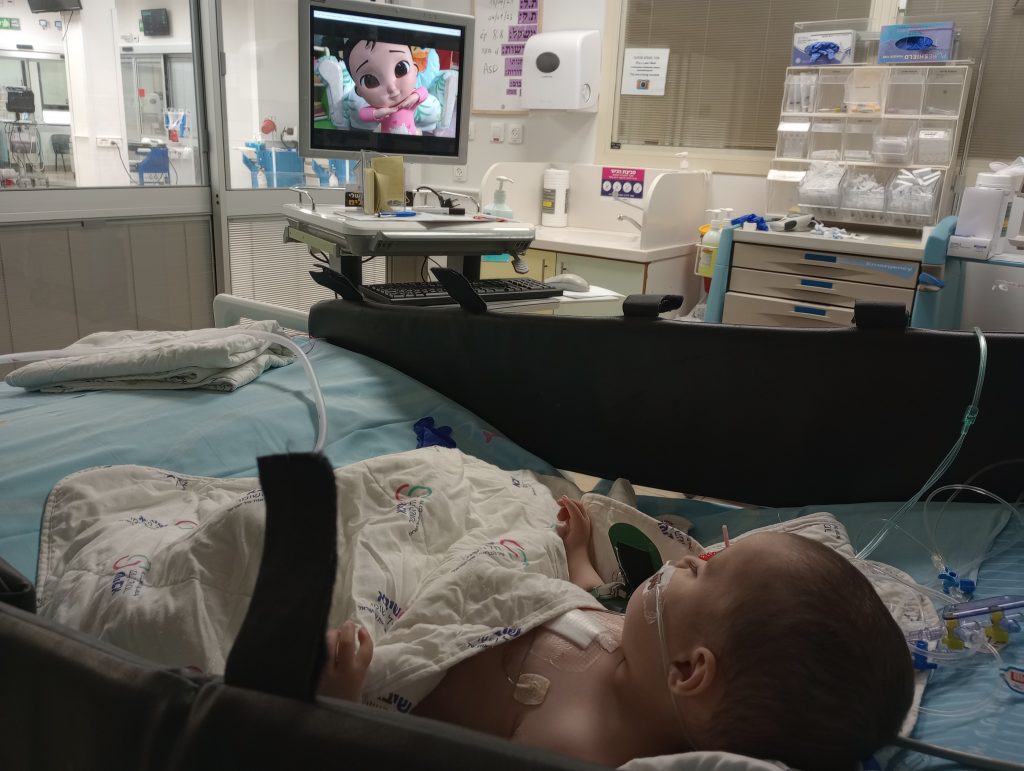 After another hour, Nozhdar was back in his room. When we went to him two hours later, he was slowly waking up and fighting against his ventilator – so the doctors extubated him and we found him breathing on his own and getting more and more alert. Later when his mother left his room for a while to buy Nozhdar a few little things, he was crying so the nurses played some YouTube videos on the screens next to his bed. This evening his mother sent me a couple of pictures of Nozhdar recovering more and more. He just arrived last week in Israel and now his heart is already repaired – such a miracle!

Thank you God for being with Nozhdar and his mother today. And thank you for this amazing surgery. Please let him stay stable in the next critical hours!