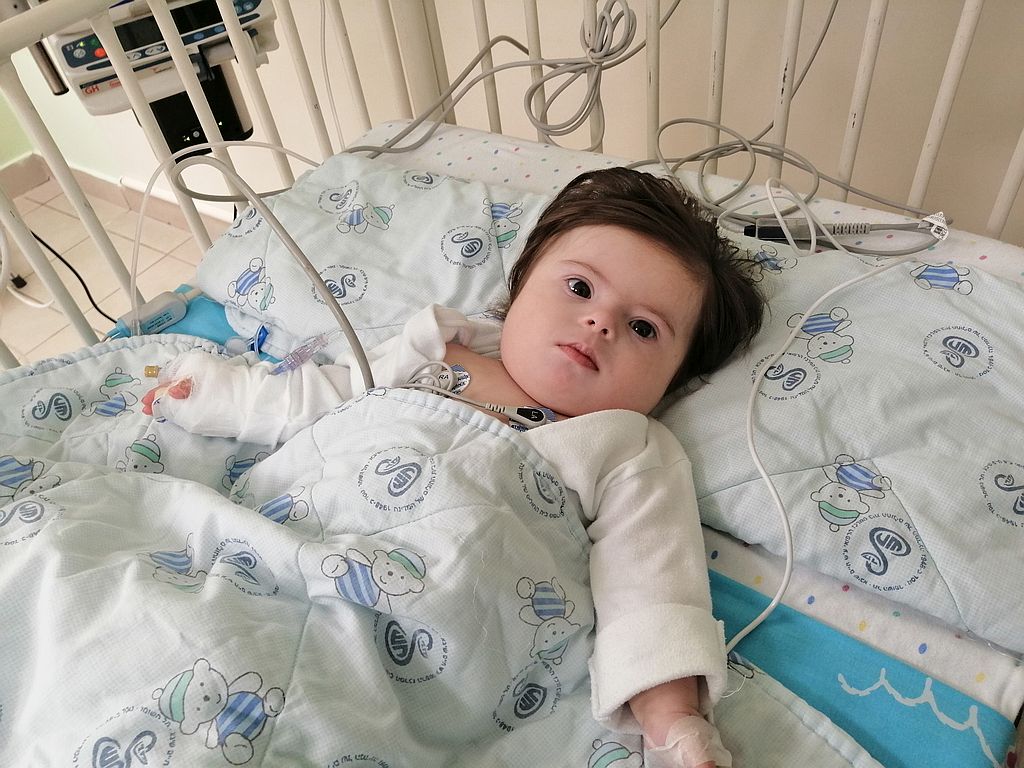 Sweet Lawi was hungry, and very interested in the cannula swinging around his hand when I saw him in the ICU today. His mum turned away from him as she prayed, just thirty minutes before he was taken into surgery. 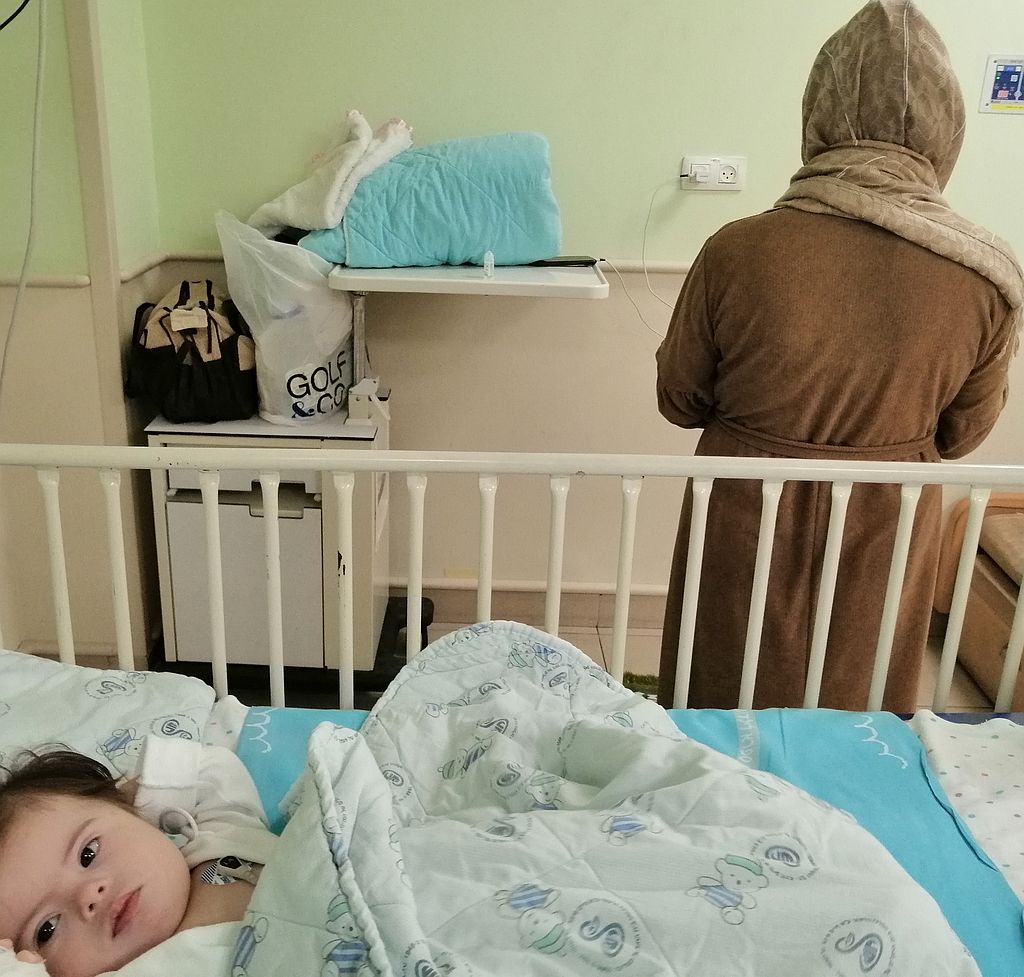 I prayed for him at the same time, and together I’m sure we were both asking for God’s protection over Lawi for his surgery.
The hospital staff were very kind to his mum, and she remained strong as they explained to her that they would repair the VSD in Lawi’s heart, and that because he also has Down Syndrome, it can take his body longer to recover, and there is more of a chance of complications after the surgery. She gave her precious baby a final embrace before he was taken through into the surgery room. 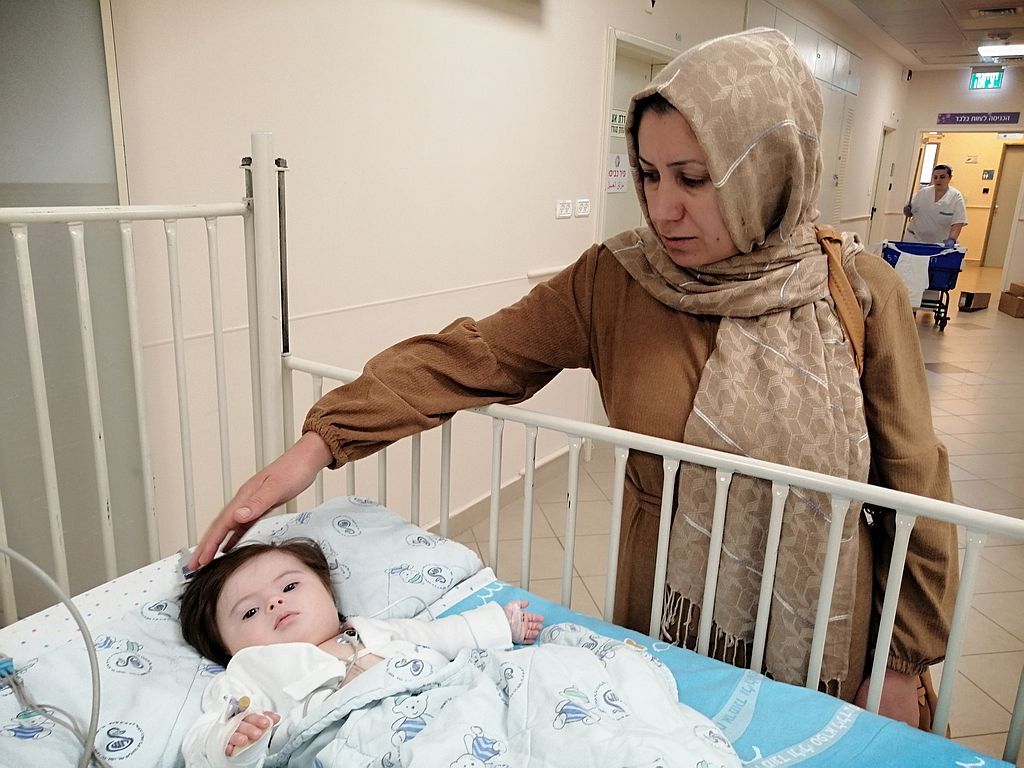 After this, the waiting began. There was only one person in Kurdistan who knew that Lawi was having his surgery at this time, and so unlike many of the families, Lawi’s mum’s phone did not constantly ring during the surgery hours. As there was business and bustle of happy Gaza grandmas around us, Lawi’s mum silently remained focused in prayer and tearful hoping.
After about four hours, one of the cardiologists told us that Lawi was doing well and that after the surgeon had closed his chest, he would be brought out and into the ICU. The good news brought Lawi’s elegant mum to fresh tears.
Anna and I saw Lawi again after some time, once he was stabilized and set up in his room. Thank God the doctor could tell us that Lawi continues to be recovering well, and after tonight, they hope to be able to extubate him tomorrow.