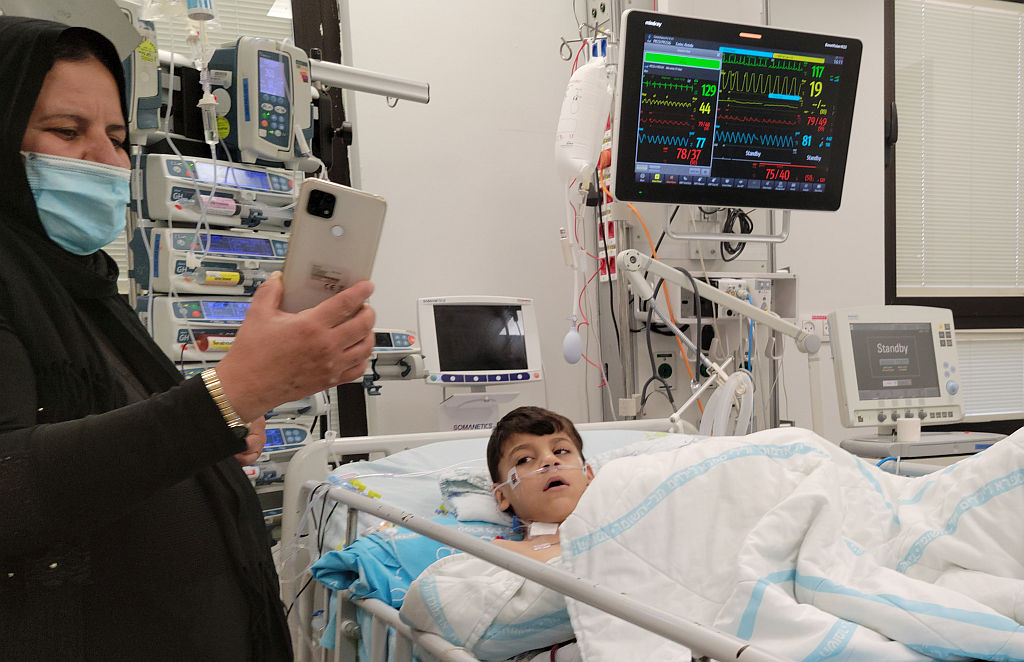 Abdullah went into surgery in Sheba hospital at nine this morning. When we arrived, he was already in the surgery, and we accompanied Abdullah’s mother to the waiting room.

We spent the hours of his surgery waiting in silence; broken only by Abdullah’s mother’s frequent prayers, and family reaching out to check how the surgery was going. For each call, she showed me, as I waited alongside her. Even though we couldn’t communicate with Abdullah’s mom,  just our being there was a comfort for her family.

After four hours, medical staff informed us the surgery had gone well, and they only needed to close his chest. Abdullah’s mother was overjoyed at the news, shaking the hands of the doctors out of gratitude. At three o’clock, she was able to enter into his room. He was already gaining consciousness, and was doing well.

Please be praying for Abdullah, that he would have a good night.