Khanda underwent the first of two planned surgeries today at Sheba hospital. At the beginning of the day, there was a bit of trouble reaching Khanda’s father in time to give consent for the surgery. However, something I have learned from my time here at Shevet Achim is that there is always a way. So when I received the phone call from the nurse telling me that Khanda’s father in Kurdistan wasn’t answering his phone, although my initial thought was to wonder what I should do about this, I soon thought of two people whom I could contact for help, I hoped. Sure enough, within five minutes or so, it seemed that the message had passed through and the necessary parental consent had been achieved and with translation. Thank God, for always providing a way. Khanda’s grandmother emerged from the OR in tears, as she had to release little Khanda into the hands of the surgeons and say goodbye. 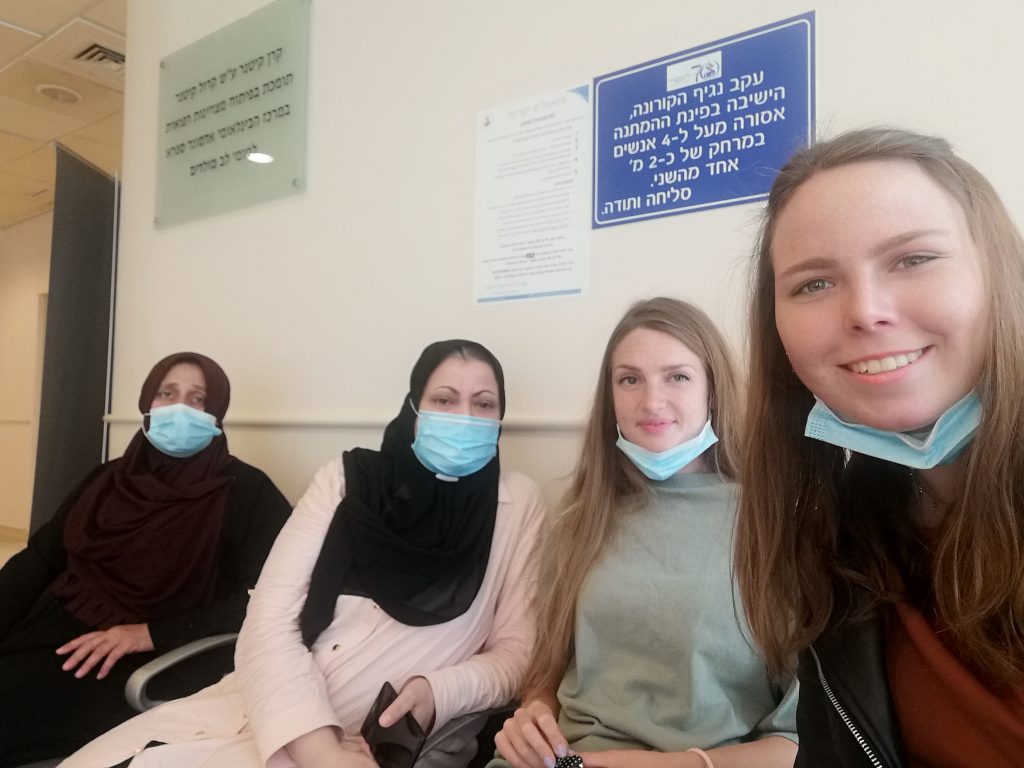 She soon was calm and waited peacefully and patiently. The hours together passed nicely and easily, for me at least. We had a few tasks to help pass the time, like trying to put an analogue clock on her phone. It was a great delight to her when I was able to do this; she is very generous with her compliments.

Khanda’s grandma received quite a lot of phone calls from her family who were asking how the baby was. Occasionally, she shed a few tears with them and declared “Khanda, Khanda” as her heart softened for the baby. The doctor was pleased to tell us after a few hours that Khanda’s surgery had been successful. It was good news and of course grandma was very happy. Khanda is recovering now in the pediatric ICU. We hope that she sleeps and rests and her body adjusts well to the surgery. This will be important in order to prepare for the second “big” surgery next week in which doctors will switch her great arteries. Prayers for God’s covering over this procedure and thanksgiving for today’s.