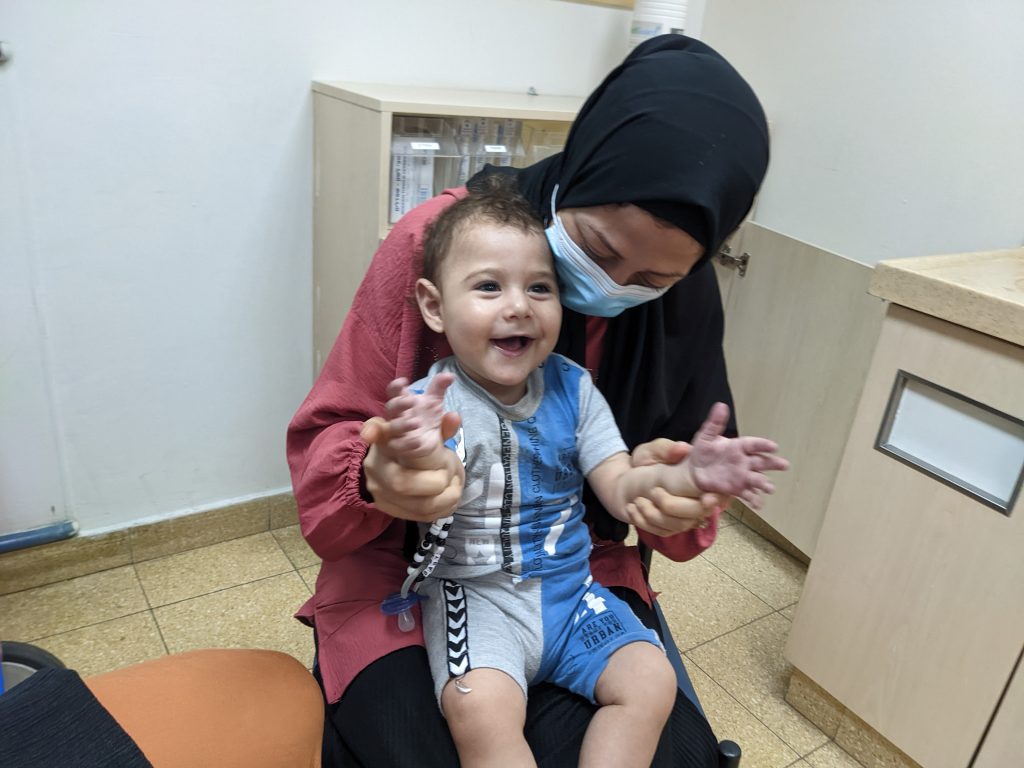 Late in the evening, Kenan’s very concerned mom brought him over to the staff house. After a month of increasingly frequent tet spells (episodes of oxygen desaturation), he was having a much more severe episode than usual, struggling to breathe and with a very high heart rate. 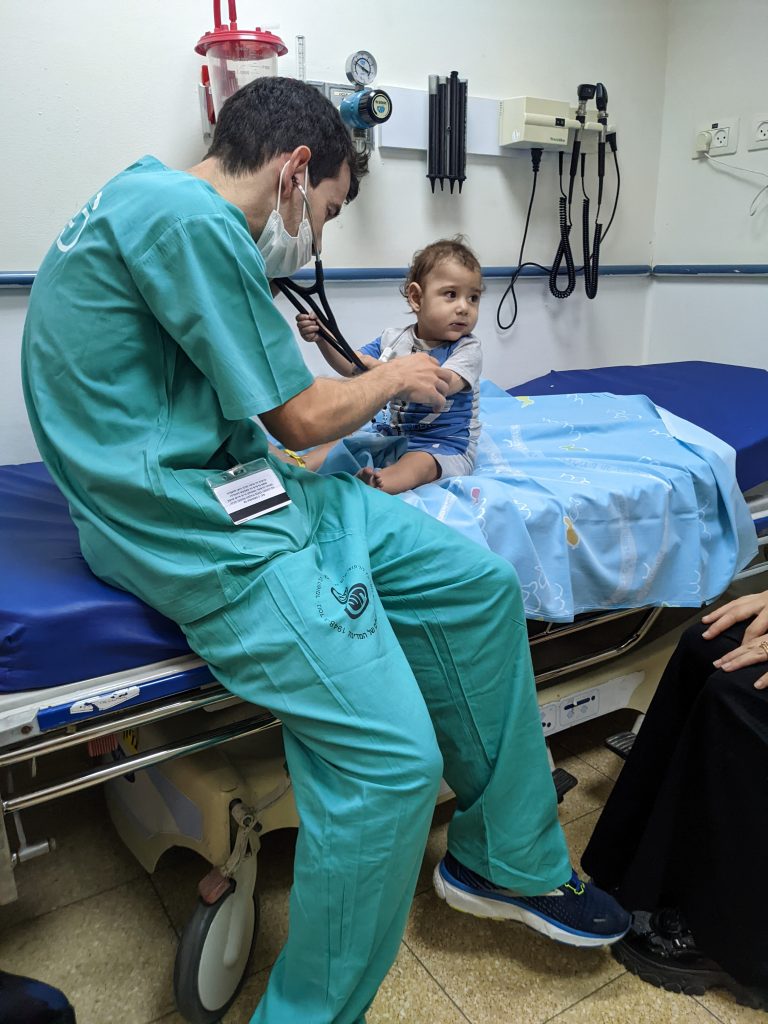 We brought him straight to the emergency room at Sheba. During the car ride, Kenan’s oxygen slowly came back up and his breathing and heart rate slowed to normal. Even so, when we arrived at the ER, the doctor decided right away to admit him for monitoring. 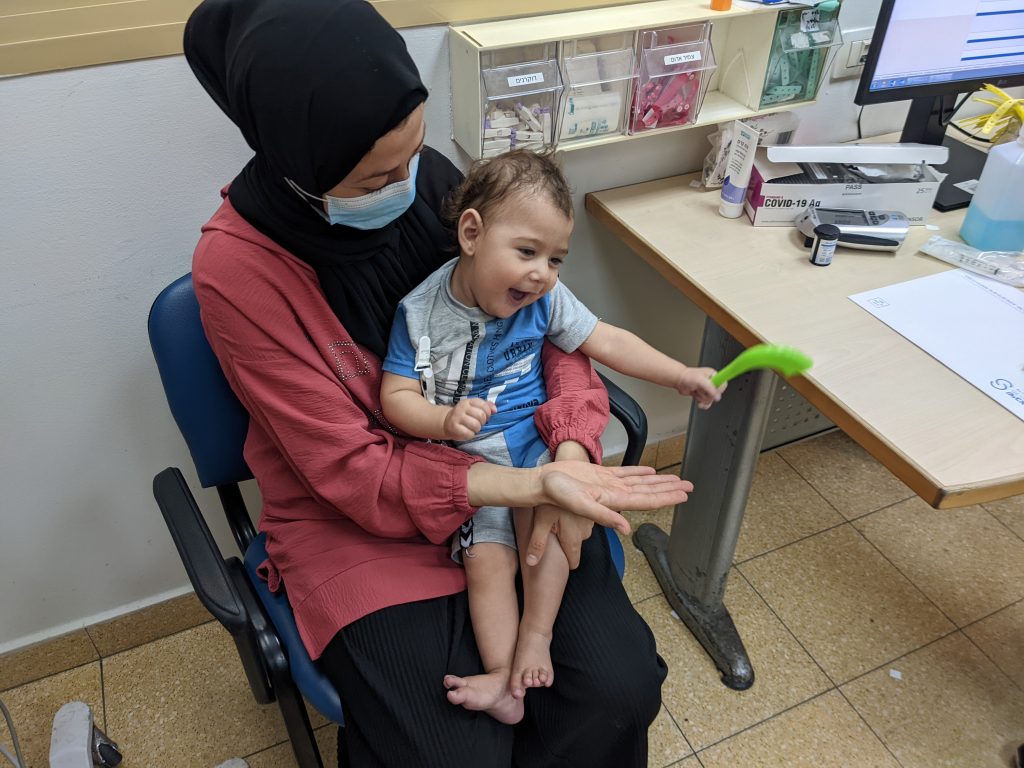 We waited several hours for a room to be ready for him. This was no problem for Kenan, who is the happiest child I’ve ever seen in the hospital. He loved the plastic shofar the nurse gave him to play with, 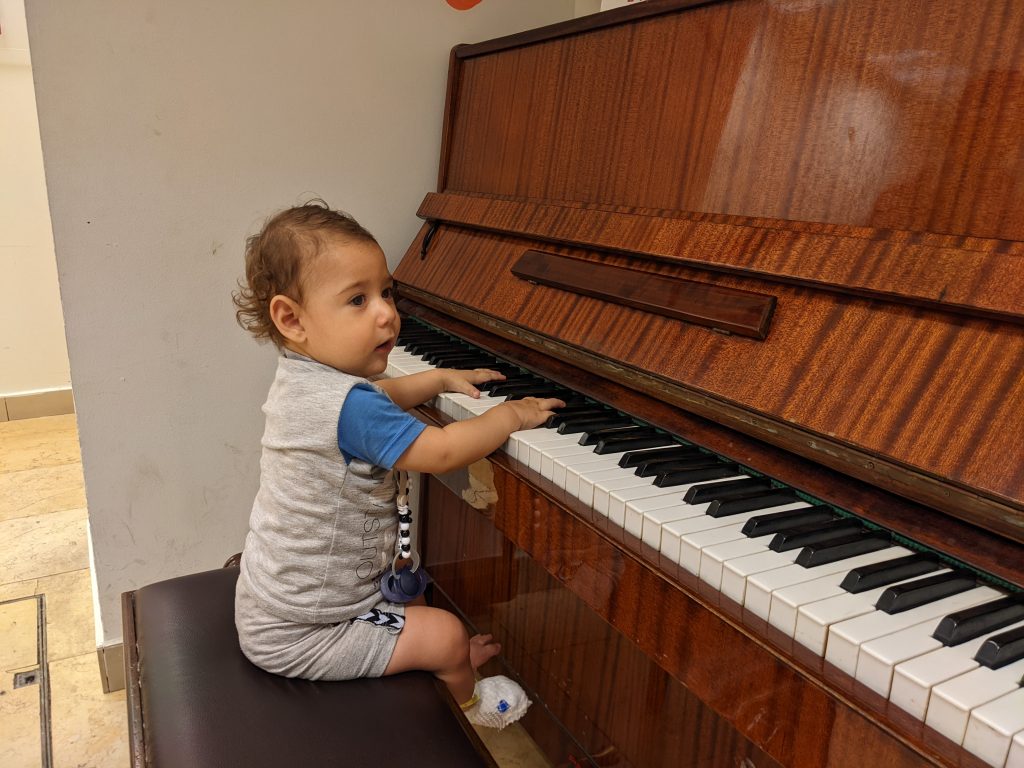 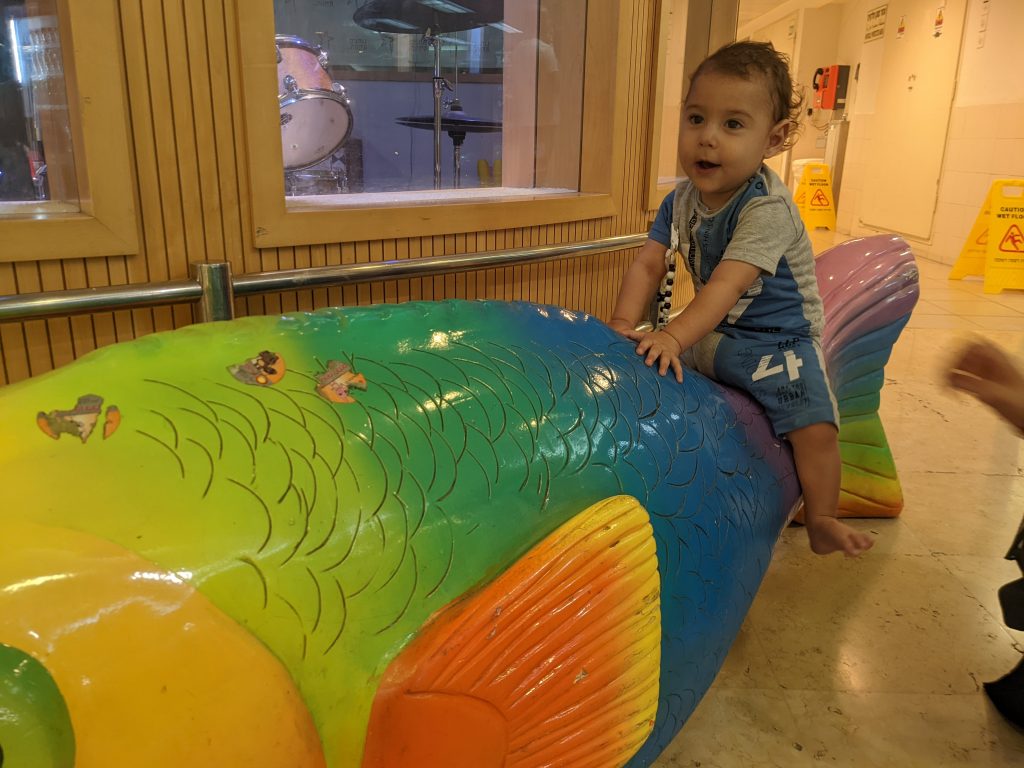 and the big colorful fish in the waiting room, and all the attention from the doctors. 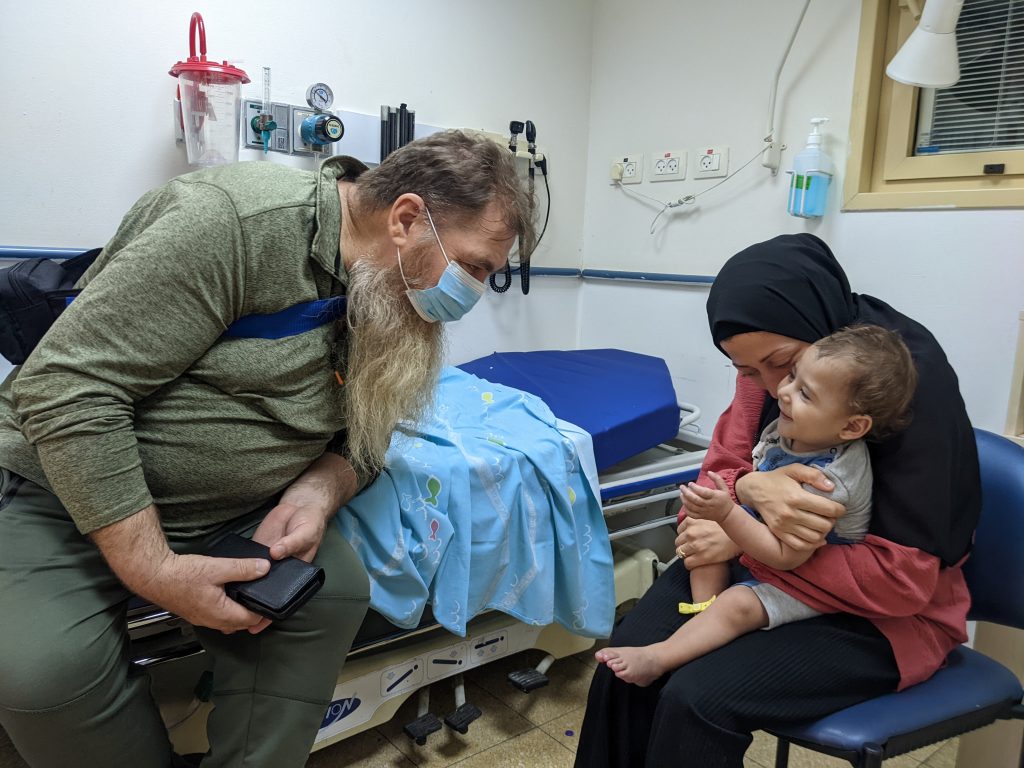 and all the attention from the doctors. Many of the doctors and nurses recognized him from his lengthy hospital stay some months ago and were amazed by how much he’s grown.
Kenan is now resting safely in the pediatric ward for observation while the doctors decide what to do for him next.