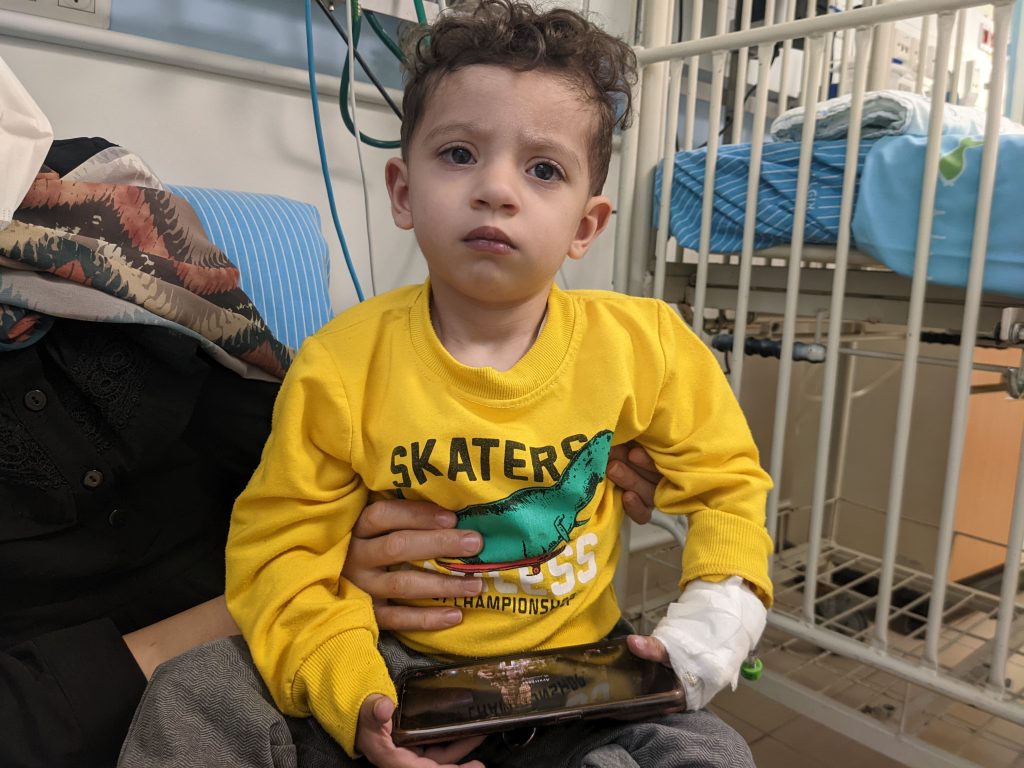 Two years ago, little Sanad from Hebron had surgery at Hadassah hospital in Jerusalem. He’s now growing close to needing a second operation, and the doctors at Sheba hospital agreed to accept him.
Sanad and his mother traveled alone to Tel Aviv yesterday morning for his first evaluation at Sheba hospital. We were surprised later in the day to hear that Sanad had been admitted to the secondary ICU after his echo. 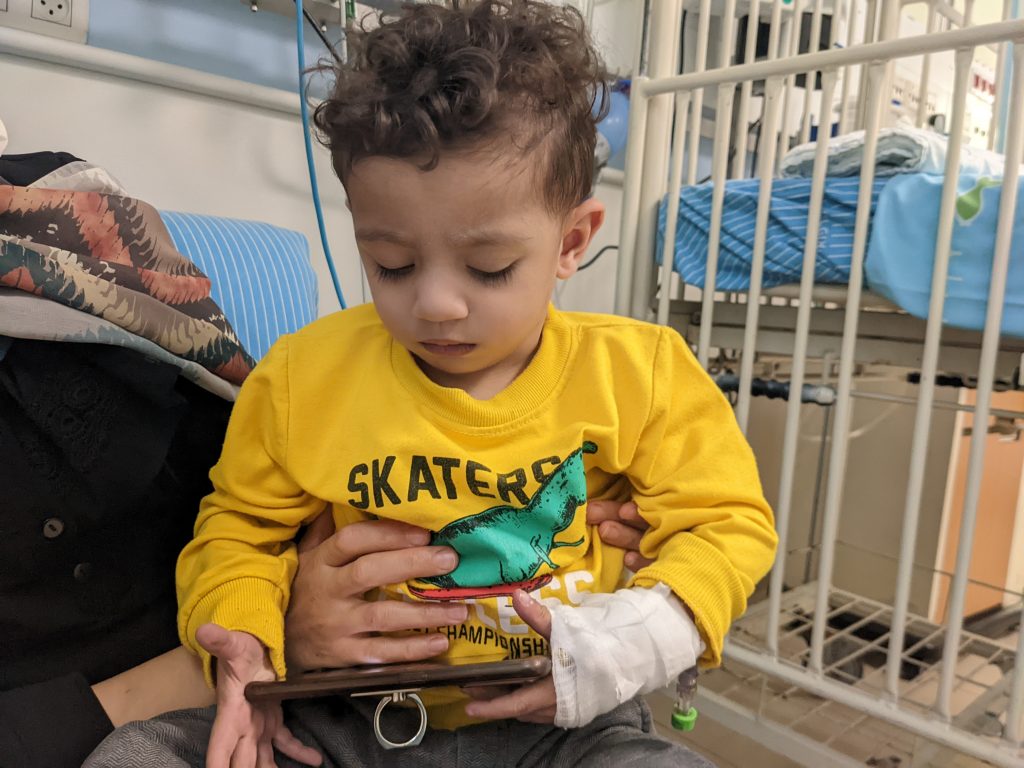 That’s where I found him this morning, relaxing with his mom and watching YouTube videos. His mother explained that his oxygen levels were too low during his appointment yesterday, so the doctors decided to have him stay in the hospital while they decide what to do next. They haven’t determined the next steps for him yet but for now he’s stable and patiently awaiting their decision.
Please pray for wisdom for the doctors at Sheba as they review Sanad’s case and make a plan of treatment.