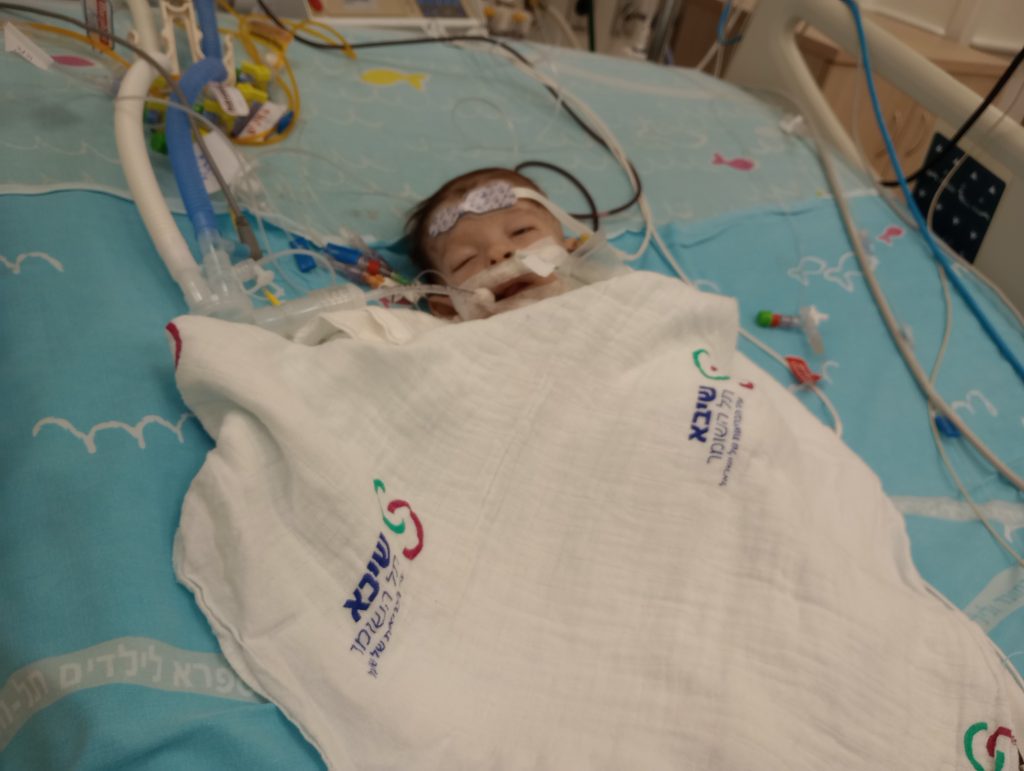 Today was finally the big surgery day for our tiny Maryam at Sheba Hospital. Everyone, including the doctors, felt some fear of the outcome of this surgery. So we were very surprised and happy, as after only a little more than five hours, Maryam was back in her room.
Her surgery went the best way they could have expected it to. They placed a patch over her AV-canal, that is, the hole between the four chambers of her heart, and were able to repair her valve instead of placing a mechanical one. 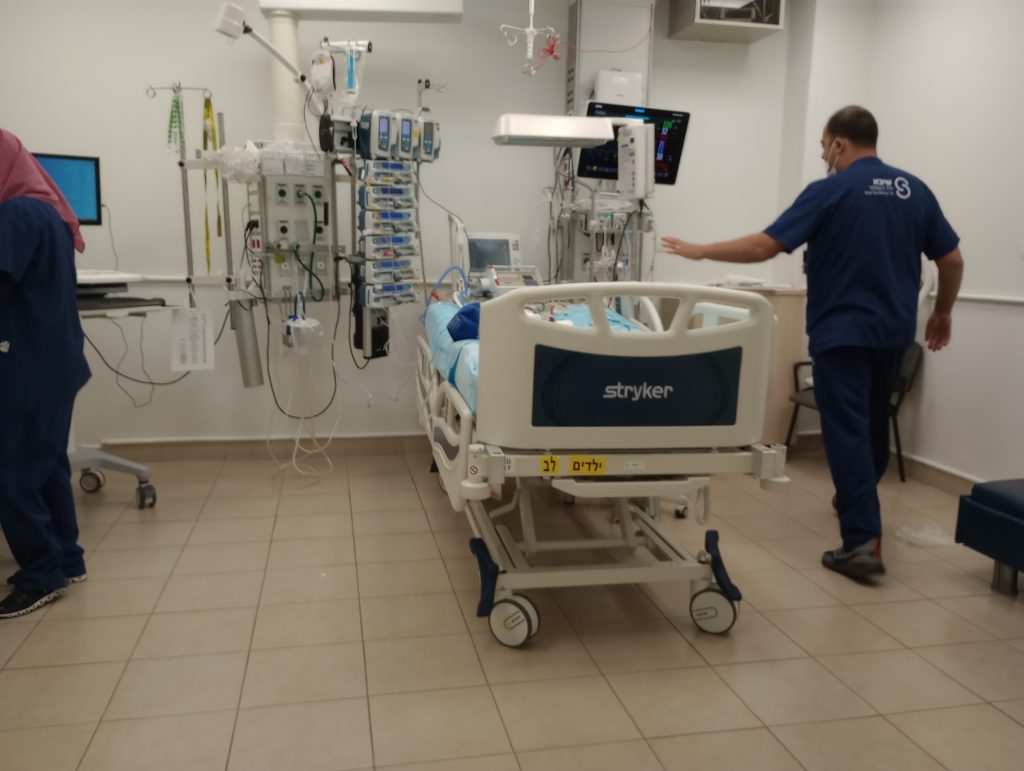 When Maryam was back in her room, she was bleeding a little bit and they had problems stabilizing her for a while, but by the time we left the hospital, Maryam was stable. We need to see how she recovers, especially the first hours are very critical.

Further in her future, Maryam may need another surgery, but this depends on the success of this surgery and how she is recovering after it. So please pray for a good recovery for little Maryam and for strength for her grandmother!