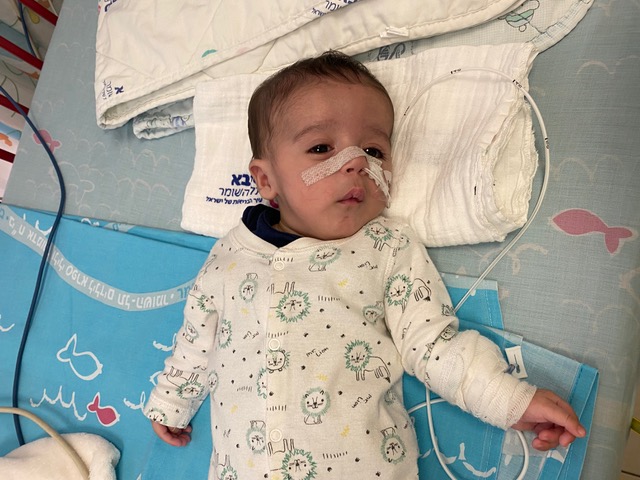 When I visited Sheba Hospital and came to Hamed’s room during today’s visits, I met his doctor directly who explained Hamed’s current situation to me clearly. His colleagues recently had a genetic test taken of Hamed and are now awaiting results. However, the doctors have a guess it may be Noonan Syndrome. At the same time, it was stated the clinical picture of this syndrome is not entirely clear so they cannot be sure yet. In the end, we must wait for the results of the genetics test in order to clearly determine the disease.

Unfortunately, an early discharge is not probable and doctors are still waiting for Hamed to gain weight. Only then can a discharge be considered. In the meantime, Hamed’s grandmother who has spent the last few weeks faithfully by his side, will return to Gaza. Since she complains of health problems, she is eagerly waiting for some rest. Another family member will then be by Hamed’s side in the hospital.