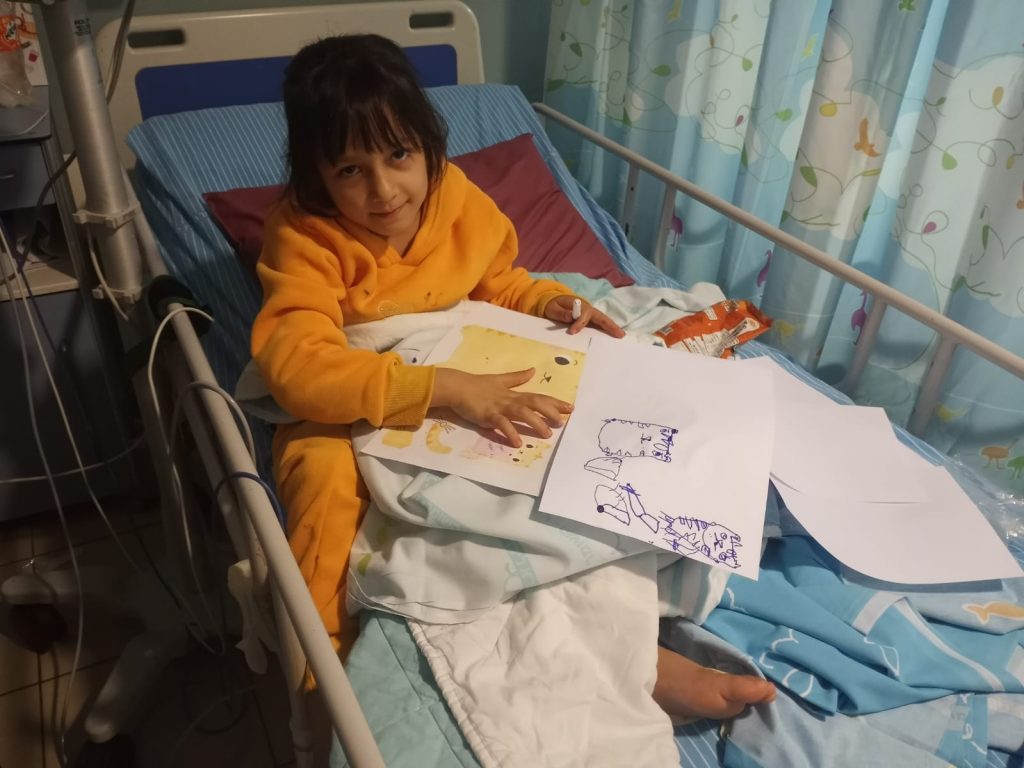 Coworker Alena and I had seen the photos which Julio shared of Fatima, since collecting her yesterday at Ben Gurion airport, and looked forward to meeting her as she looks very cute. Today we found her in her Sheba hospital room, happily drawing pictures of cats in her hospital bed, looking settled and quite happy.
We also met her mother, who bravely shared with us some of her story. She is very hopeful that there can be a treatment here in Israel which will protect or even save Fatima’s life. Fatima experiences fainting spells, which have been attributed to an electrophysiology problem of her heart. Very sadly, her younger brother also was suffering from the same condition, and was unable to recover from a fainting spell. He has recently died.
When we spoke to her Cardiologist, he was very pleased that she is now hospitalised, and expressed that her life too is at risk from these unmanaged fainting episodes. Since the arrival last night, Fatima’s medication has been changed, and she needs to be monitored to check whether this is able to manage her condition. The doctor is also recommending genetic testing. He explained that in some cases, it is sometimes necessary to place a pacemaker with defibrillator, although he is hoping that this will not be necessary for Fatima. It can work less accurately in patients as young as she is.
Please pray for Fatima and her mother, that God would protect her life, and bring a much-needed comfort to their family.div>