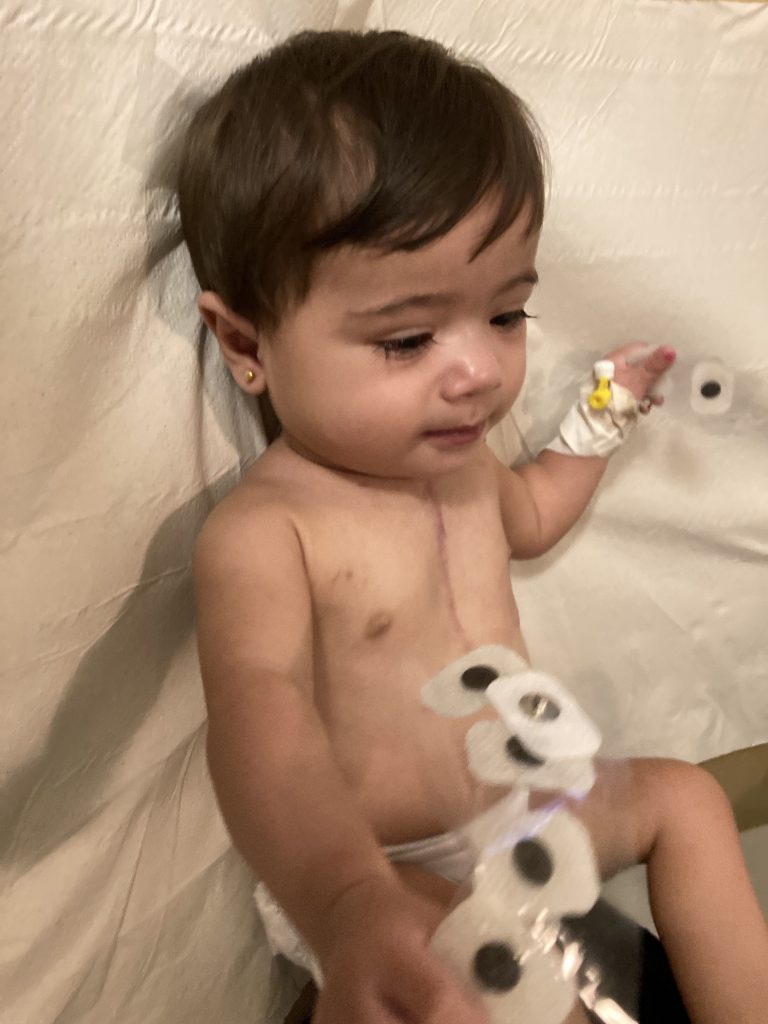 Earlier this week, we heard that Balsam was hospitalized in Gaza and needed to be transferred to the hospital in Tel Aviv. Today they were granted travel permissions, so early this morning, Bria and I headed to Erez Crossing to pick up Balsam and her mother. I heard from the other volunteers that Balsam was often called a princess, and as soon as I saw her beautiful, sparkling eyes I could tell why. She even had bejeweled shoes to match! 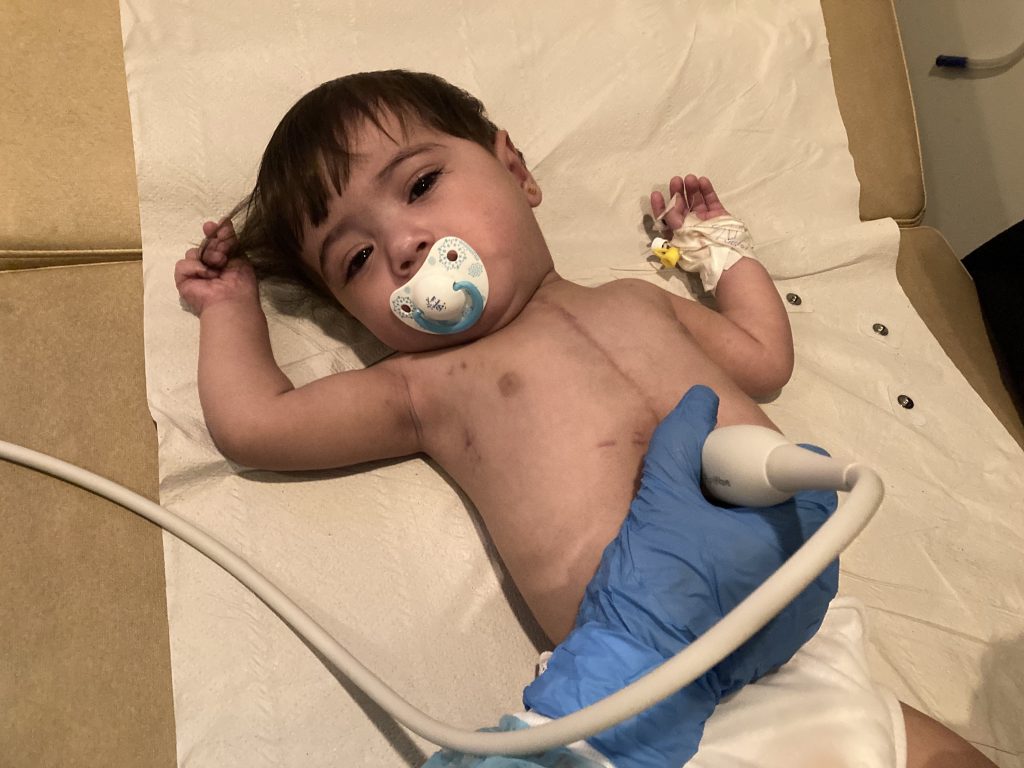 At the hospital, Balsam had an echocardiogram which revealed fluid in the space that surrounds her heart. This makes it even more difficult for her already overworked heart to meet the needs of her body. This is a condition Balsam has struggled with before. Previously, she was prescribed a special kind of baby formula that is supposed to help, but unfortunately it is not available in Gaza, and Balsam’s mother ran out of her supply when she was last at Sheba and was unable to get more. We are praying for a way to solve this problem, so when they go home, Balsam can get the nutrients she needs. 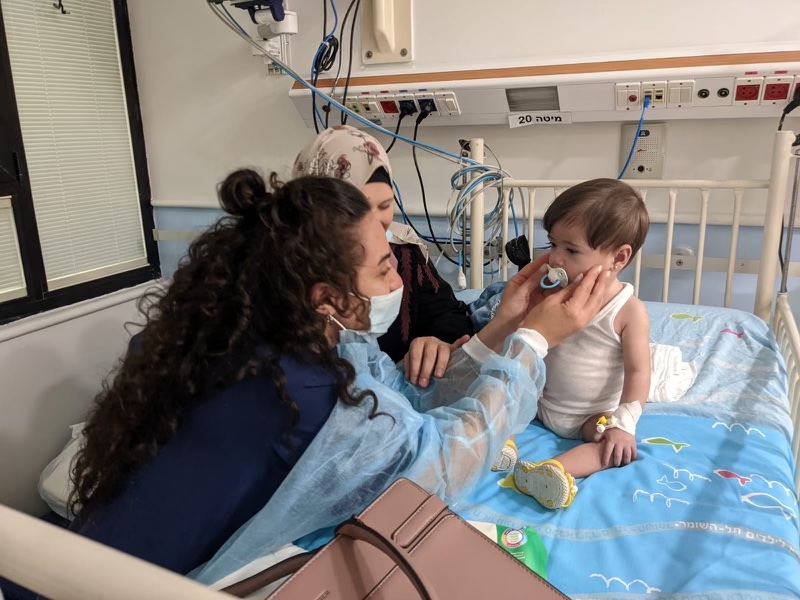 We are grateful that Balsam could come to the Sheba hospital today and get the right care and formula to get her feeling better!