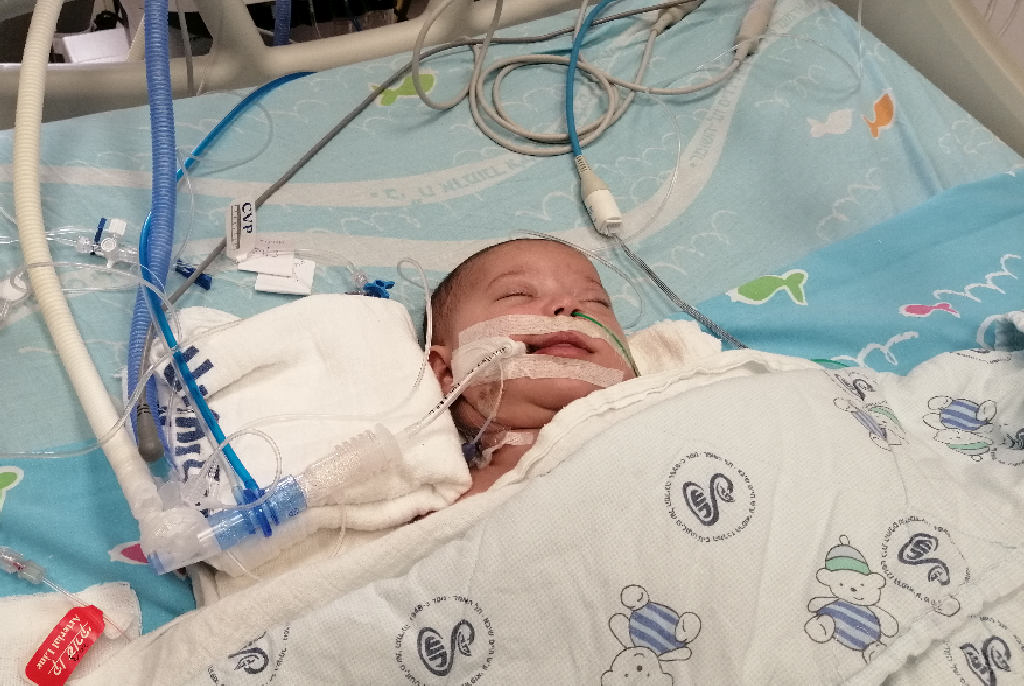 Mina’s father came to join the two Kurdish mothers who also had their daughters in a surgery and catheterisation this morning at Sheba hospital. It is good to see how these families support each other and care for each others children also during times of worry and fear. Mina’s father shared that Mina had a bad night due to a drop in blood pressur. She had responded well to medication and was helped from the intubation. By the time we saw her father this morning, Mina was stable again. Her surgeon added that sometimes it can be the case for babies after Mina’s type of surgery, to have a few difficult days. He suggested it could be the case for Mina to remain intubated until her surgery next week, but it was not possible to say for sure. The father is caring and steady in his waiting alongside her. Thank you for continuing to pray for Mina