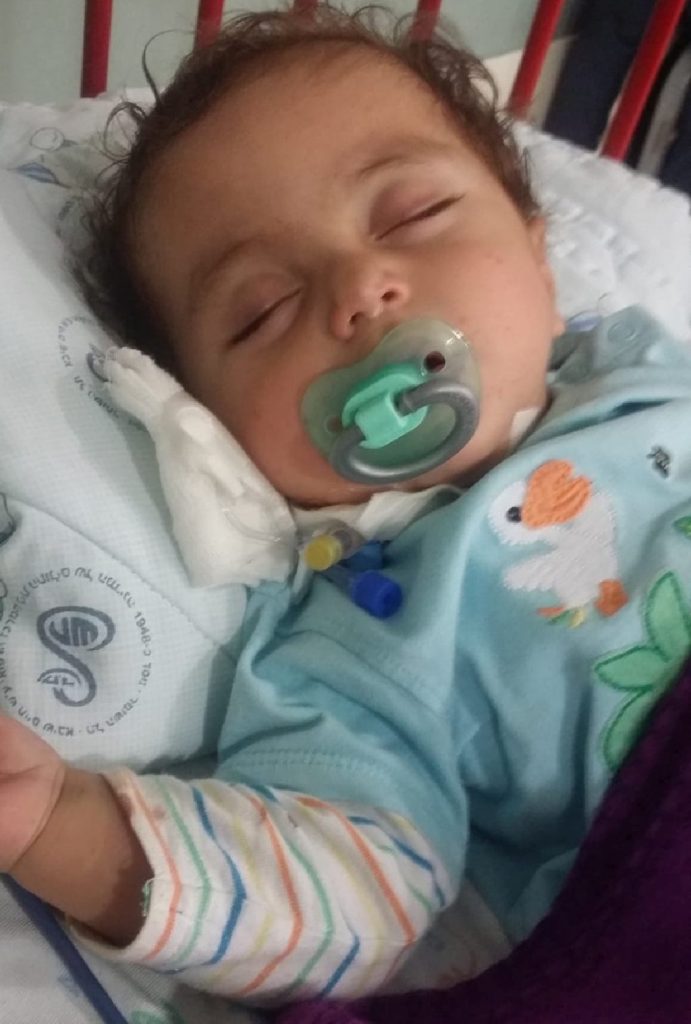 When I woke up this morning I had a feeling that this day was not going to go as originally planned. Many days at Shevet Achim don’t go as planned (at least from a human perspective), which makes each day exciting and varied in its own right. But God knows exactly what tasks we will face during the day and how we can accomplish them with Him.

Co-worker Carina and I were cleaning our refrigerator and Mohaned’s mother was making a dessert when precious little Mohaned woke up from his sleep and cried. Since his loving mom was in the middle of doing, I took the little one to calm him down. I gave him his bottle of milk, he calmed down and rested in my arms.
While doing so, I noticed that his head was unusually warm and I asked Co-worker Carina to please check his temperature. My suspicion that he might have a fever was confirmed. Because he had a temperature of 38.1°. Co-worker Carina then gave him Paracetamol, but unfortunately that didn’t help much, because the little man just spit it out. After a while he threw up and there was blood in the vomit, so we decided to take him to the Emergency Room.
I drove him and his mother there and on the way Mohaned was thankfully calm and didn’t throw up again. His loving mother and this precious sweet boy have to stay in the hospital now and the doctors are trying to find out what is wrong with him.

Please pray for the otherwise happy boy, that it can be found out what is wrong and he can be helped. Also please pray for his loving and concerned mommy, for peace about the situation.