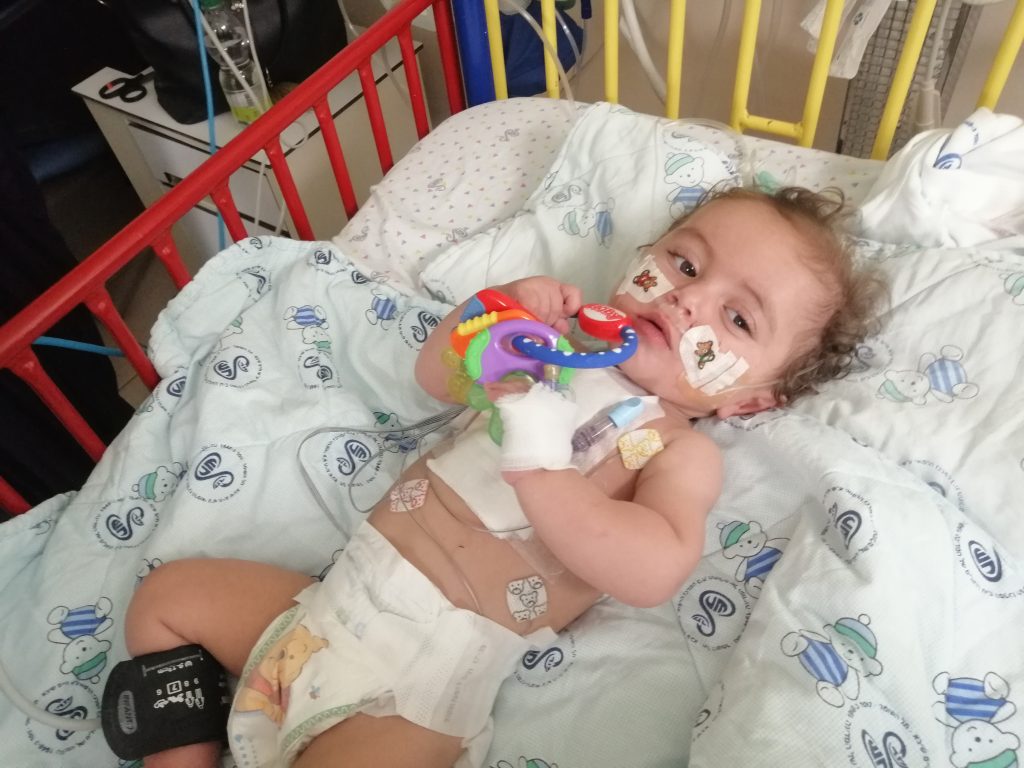 As co-worker Alena and I were in Sheba hospital today, we chatted with Mohaned’s mum who happily told us that he is recovering well, and had his chest drains removed. We are really missing having them both at our home, and of course even more so are her husband and three daughters back in Gaza.
A few minutes after we had left, Mohaned’s mum came dashing down the hospital hallway, calling my name. She told me that Mohaned was not well, and that the doctor had asked her to wait outside whilst they did some intervention for him. Speaking so quickly, it was hard for me to understand very much from what she said. I tried to piece together the words she was saying, “Mohaned…chest…air…not good…blood…doctors.” What was clear was that her demeanour had changed abruptly. She was extremely worried about Mohaned.
We walked back to the department where he was being treated and stood at the doors as we watched the calm doctor put on a gown and hair net, swing the curtain around his bed and then be joined by many nurses. The echo device was wheeled past us quickly by two cardiologists. Co-worker Alena and I brought Mohaned’s mother outside from the ward to sit down away from all of the action. We saw the head surgeon appear and then two doctors from the upstairs ICU, followed by a nurse carrying a bottle of oxygen and another technician wheeling in an X-ray machine.
The overall drama of the situation was worrying for Mohaned’s mum, and also for Alena and I. It brought back some unhappy memories of other children who have sharply deteriorated and even died after seeming to recover well.
Thank God that Mohaned’s life was safe this afternoon, and that the busy drama of the situation was due to the need to insert a balloon through a hole in his chest to release some air and blood. Thank God for an alert team of medical professionals at Sheba, catching problems before it’s too late, applying their expertise and saving a life. 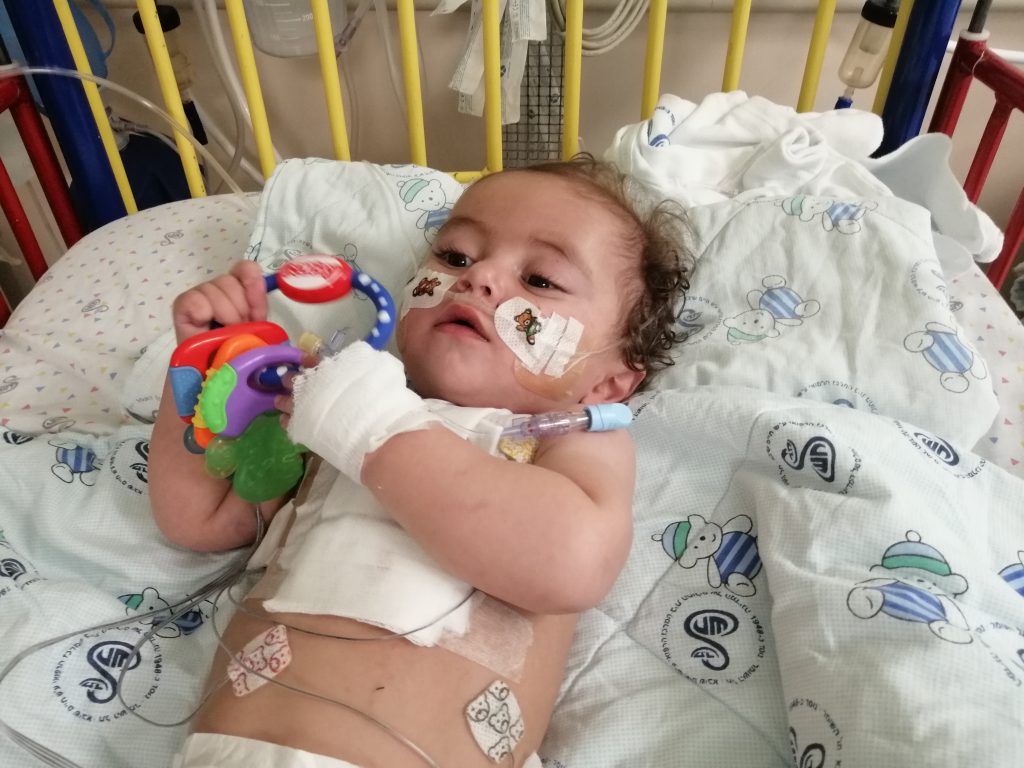 Mohaned, the sweet boy, seemed none the wiser when we visited him later, wanting just to play with the dangling cannula or a toy.
Praise God for his safety and for the medical staff at Sheba. Please pray for God’s blessing on him and his whole family.