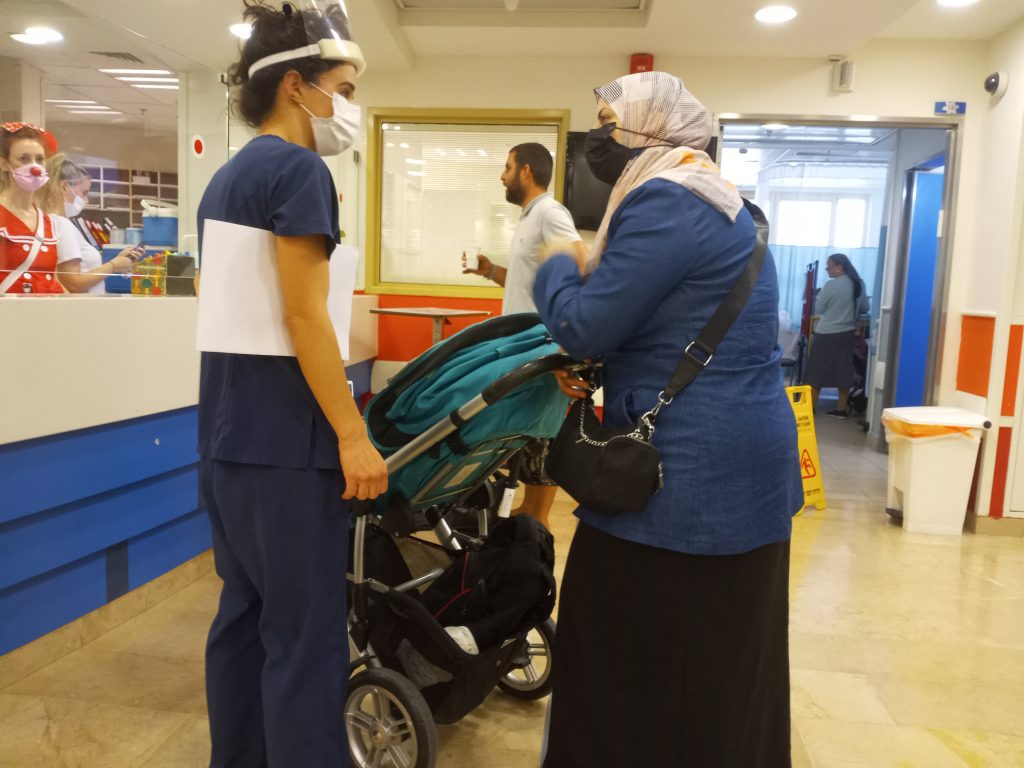 Tomorrow will be Zakaria’s first birthday, which means one year ago around this time, he arrived at Sheba hospital and would endure open-heart surgery, would have to go on life-support and survive being taken off of the machine, and then four months recuperating in the hospital after the fact.

Reaching his first birthday is a miracle, but I don’t think of that term as God snapping his fingers and healing Zakaria. Rather, I think of his mother’s grief as she kissed him goodbye before surgery, unsure if he would live through the operation to disconnect him from the ECMO machine, and of the faithful work co-worker Amar put in to getting Zakaria urgently out of Gaza, of the surgeons who spent hours and hours correcting his complex heart, and the doctors and nurses who cared for him day in and day out. This is the everyday work at Sheba, yet I think it miraculous, nonetheless. 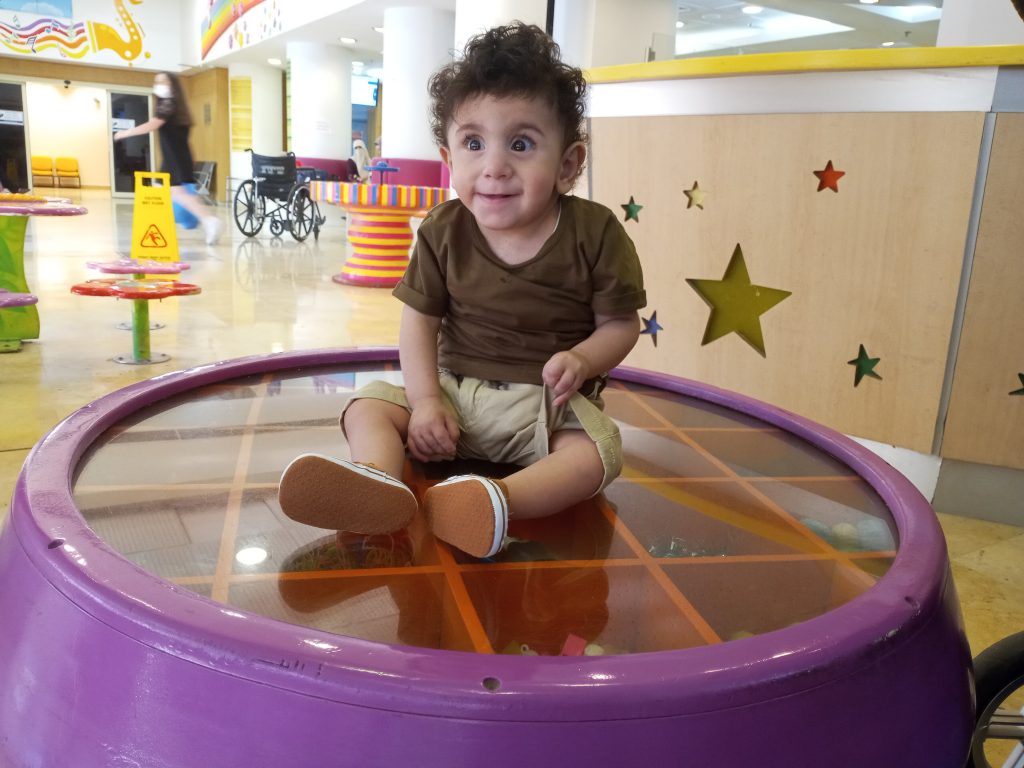 So this lovely boy has come back for an echo today, which showed his heart function has decreased since his last echo two months ago. Zakaria will need a higher dose of medicine, and to be seen more often to monitor him. For many of the hospital staff, the last time they saw Zakaria, he had lost all of his hair. Now he has a full head of beautiful, curly black hair, he’s taller, and even though he is seven kilos, holding him feels like he is double that.

Please continue to pray for Zakaria. He will be staying at our house in Jaffa until his appointment next week with for his p.e.g tube that hopefully can be removed soon.