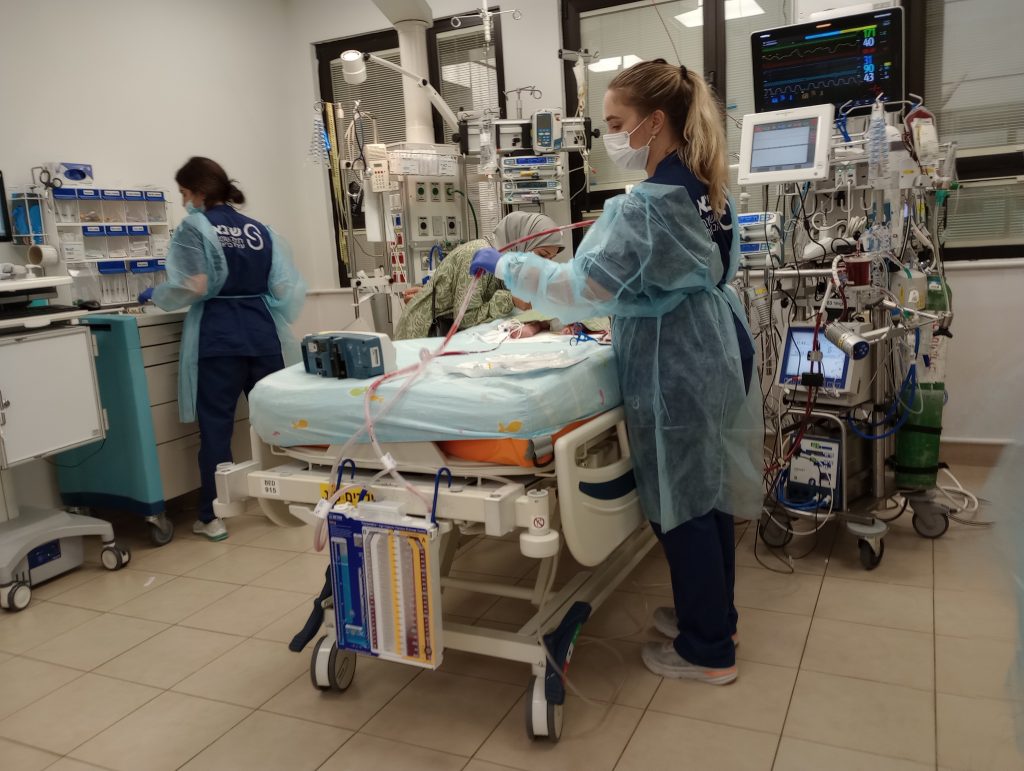 Today was the long-awaited surgery day for our little Malak in Sheba Hospital. After a wonderful weekend together with her and her mother in Jerusalem, we brought her last night to the hospital for her admission.

This morning at eight, they took her into the OR and the long waiting time for her mother began. After seven and a half hours, she was back in her room, but as it was a long and very complicated surgery. The doctors decided to put her on the ECMO. They found out during surgery that her pulmonary artery is too small and so enough blood cannot get to her lungs. This was very hard news for Malak’s mother, she was crying and kept saying, “I just want her to live. She is such a beautiful girl!” 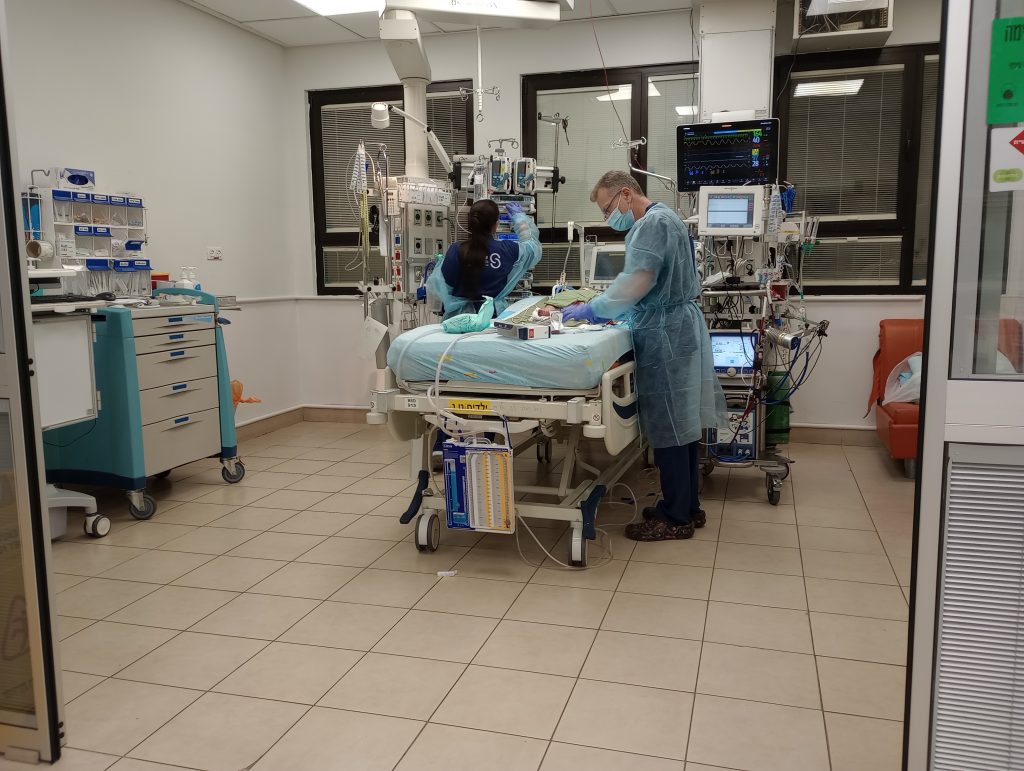 After only one hour in her room – her mother wasn’t even allowed yet to go to her daughter – the open chest started uncontrolled bleeding, her heart rate was very high and the doctors decided that she has to go right back into surgery. And again, a long waiting time started. I was totally impressed by Malak’s mother though. From the worries she had at first about her beloved daughter, she now told us over google translate, “If it is better for her to go, it is that she doesn’t have to suffer on this earth. Death is very difficult. I’m very afraid that I will never see her smile again, but we wish mercy for her. She is a very weak and beautiful being at the same time.” To have this trust in God in such a difficult situation, amazed me absolutely.

Again three hours later, Malak was back in her room. The doctors were able to stop her bleeding and to kind of stabilize her, but she is still in the most critical situation to be in. Her heart still has a lot of problems, and the next hours are the most dangerous for little Malak. But we want to trust God that he will make it right.

And so as this long day ends for all of us, including the surgeons who came back in the late afternoon, only for Malak’s surgery. We want to thank God for everything he did today. He is good and he has the best plan for Malak and her family!