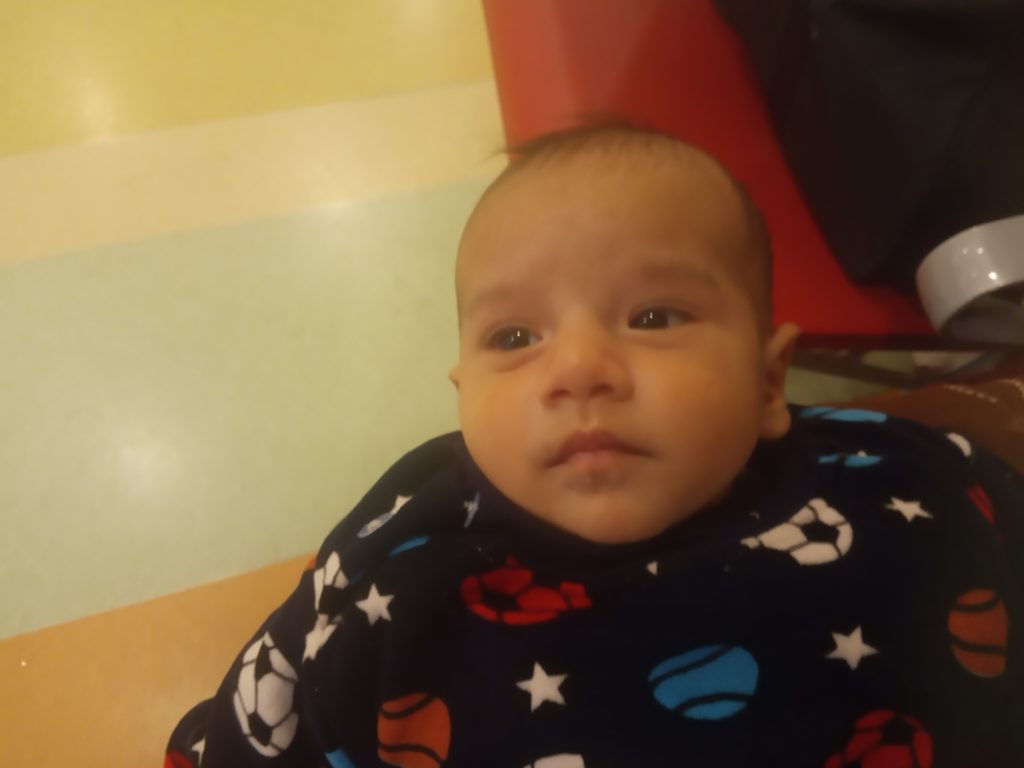 Baby Ahmed came from Gaza for a check-up today! He had been here with his grandmother for a few months for a multi repair heart surgery. Picking them up at the border was so joyful, I couldn’t help but break into a huge smile when I saw them. Despite being older, Ahmed still is very tiny and he was even more small when he was dwarfed by the giant snow suit onesie. When we got to the hospital, I was privileged to hold him for much of the duration of the wait. He was really so cute! When we went into for the echo, he was very upset, but his grandma knew the trick to get him to calm down even for a few moments, by alternating  between putting his pacifier and his bottle in his mouth. The doctor was very kind, and explained everything in Arabic and English. The echo showed that the rests of the surgery were very good except mild stenosis of his left ventricle. He will have another follow up to see if further intervention is needed. 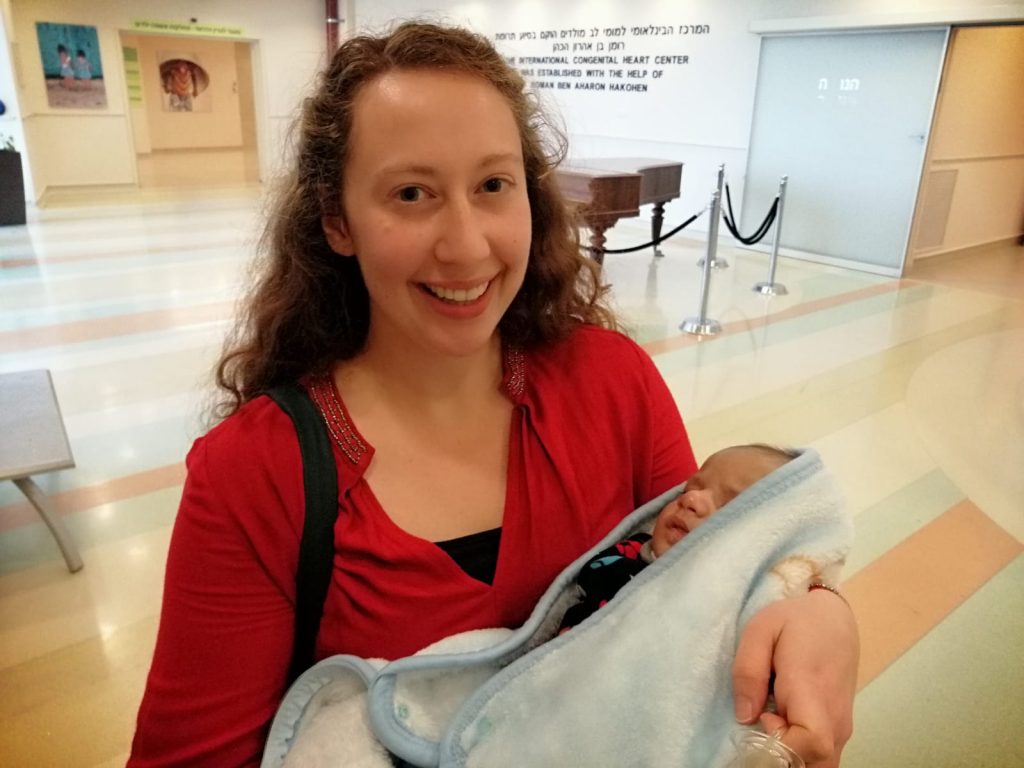 In addition to the echo, the doctor also recommended an RSV vaccine due to Ahmed’s hacking cough and aggressive cold, so this beautiful baby will hopefully be protected from  worsening symptoms. Before getting the vaccine, I texted Jonathan to approve it, and he said yes within minutes. This is an example of Jonathan’s leadership and the pattern he sets at Shevet, he lives the conviction that God will provide for what we need, and although we are still finishing our financial year at Sheba for 2019, Ahmed’s unplanned vaccine was still important.  All in all, it was a really good day. It meant a lot to be with Ahmed and his grandmother, and I enjoyed every minute of cuddling him!