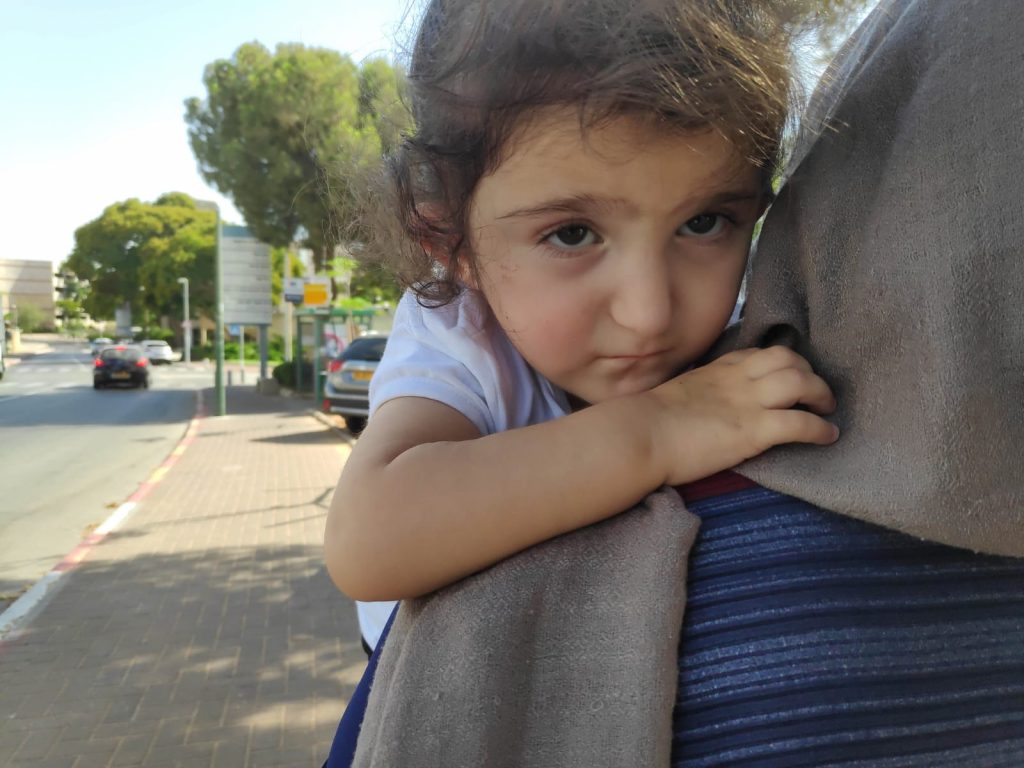 Aurfa and her mom went with us to another building at the Sheba Medical Center. Aurfa has some difficulties when she swallows and her throat hurts, so she had an appointment with an ENT-doctor.

The doctor examined Aurfa‘s nose with a little camera which she didn‘t like and cried. It was very shocking for her mother to see Aurfa‘s reaction, but the doctor was very nice and explained that this does not hurt, but is just uncomfortable for Aurfa.

The doctor discovered in his examination that her vocal chords are not working properly and she would like to see Aurfa again after some time to decide how to treat it.

Please pray for the healing of Aurfa’s throat.