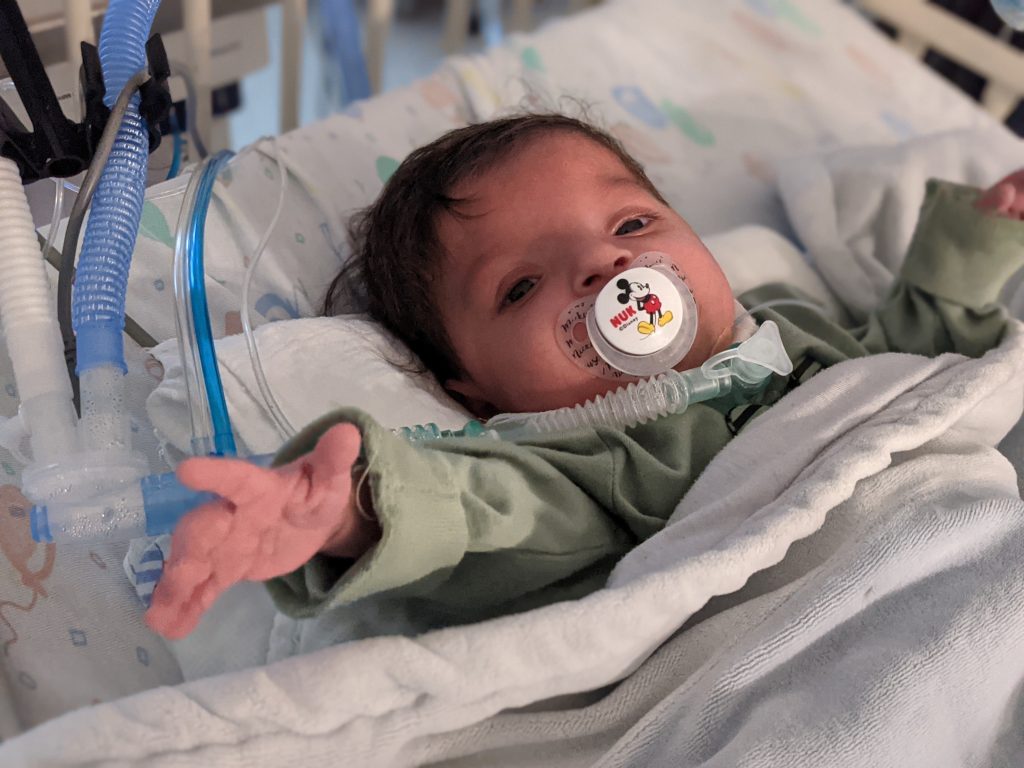 This afternoon, co-worker Sabrina and I stopped by the Sheba hospital pediatric ICU to visit little Abed and his sweet mother. Abed has grown so much since his arrival in Israel four months ago— he looks like a completely different boy from the tiny two-months-premature baby in the pictures his mother showed me. 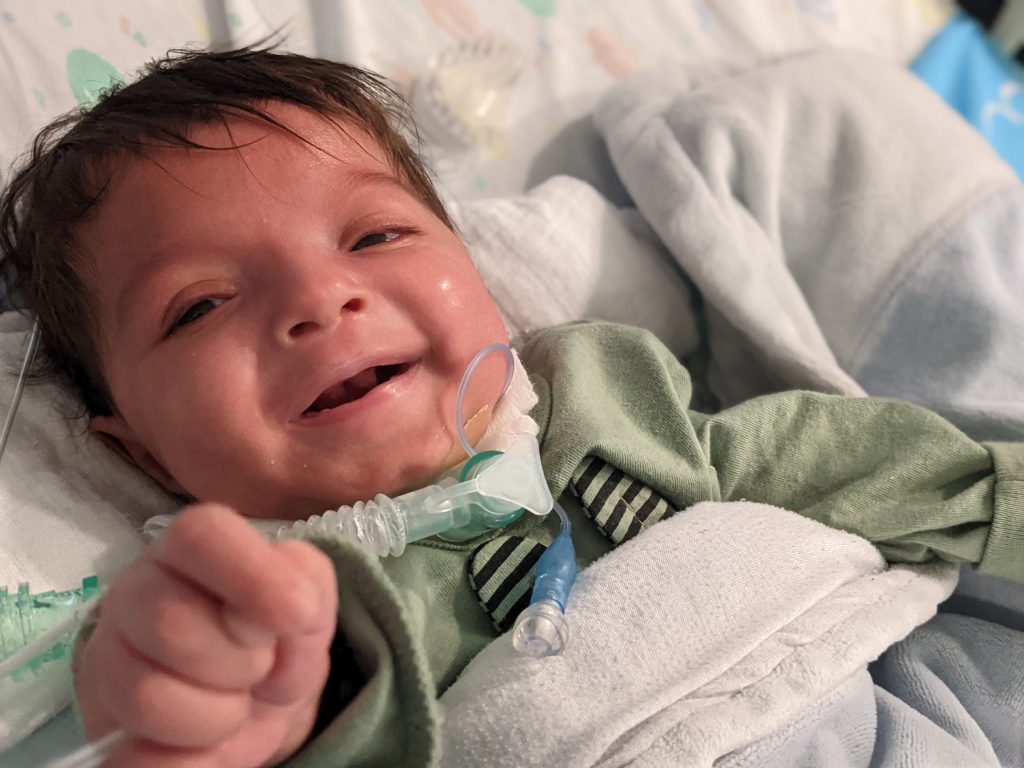 The first thing Sabrina noticed was how round and chubby his cheeks have gotten, and his mother was excited to tell us how he’s begun to recognize her and respond when she plays with him. 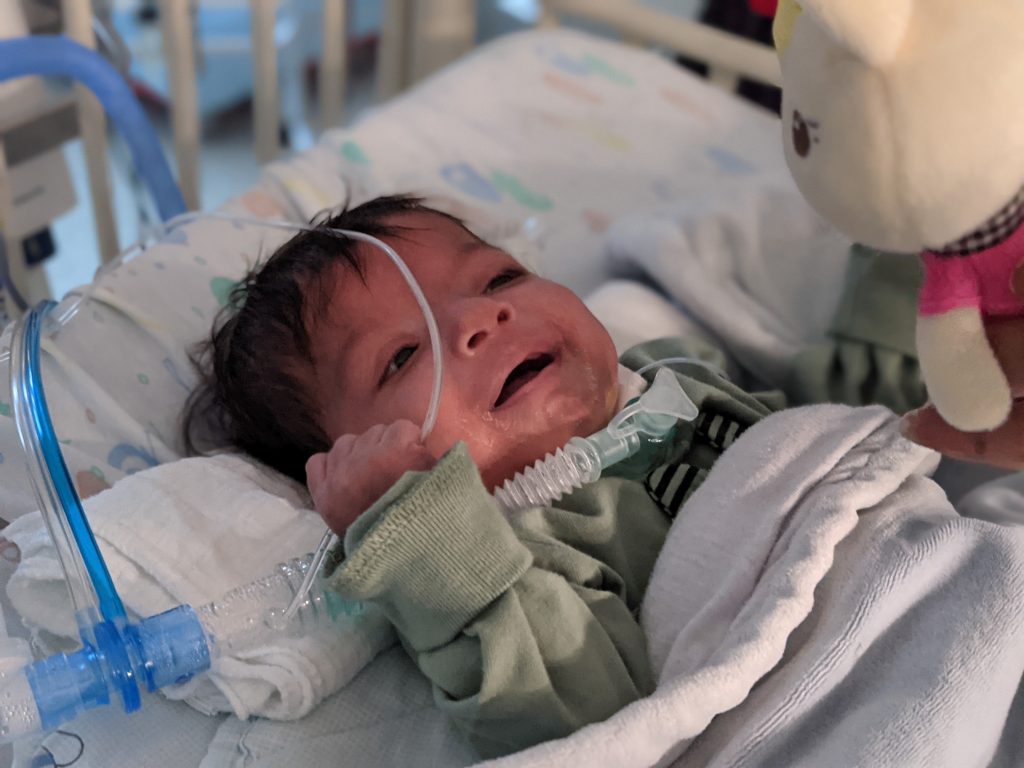 Abed is still waiting to be transferred to the Alyn Rehabilitation hospital in Jerusalem, and his mother is quite anxious about the possibility of him getting another infection in the ICU at Sheba. In the meantime, though, the nurses in the ICU love having this sweet little guy around— during the fifteen minutes Sabrina and I spent in his room, several of them stopped by to wave and blow kisses to him, and one assured his mother that they were happy to keep him as long as they could. 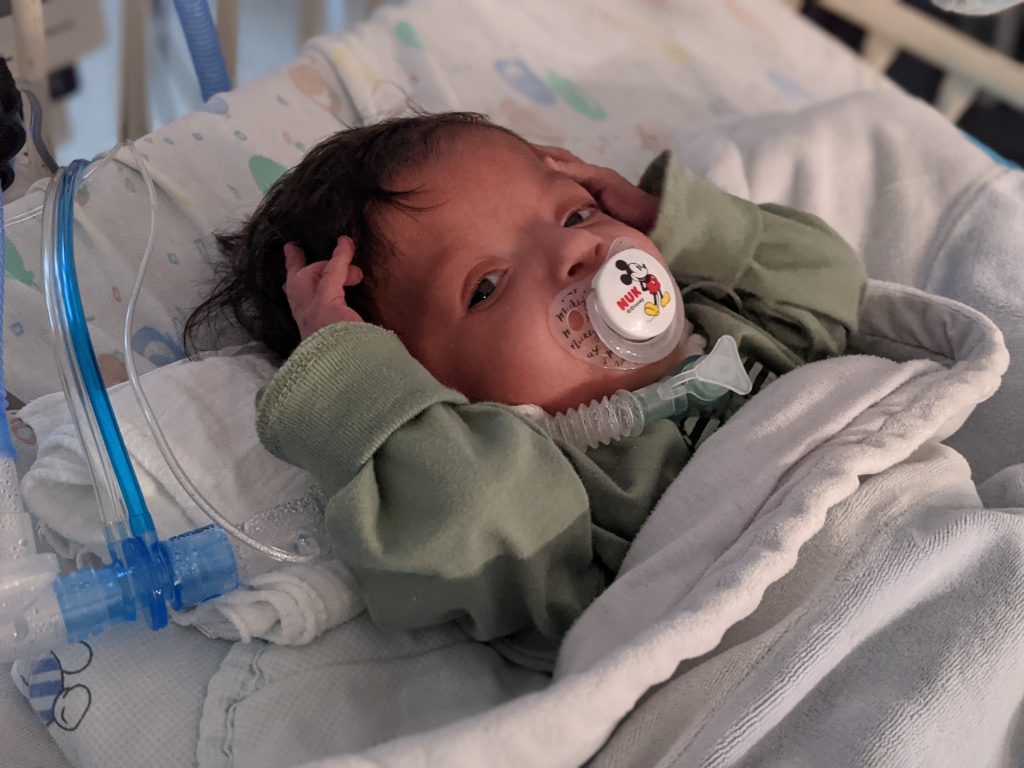 Thank God for such a kind and caring team of nurses, and please pray that Abed’s transfer to the rehabilitation hospital would happen soon.