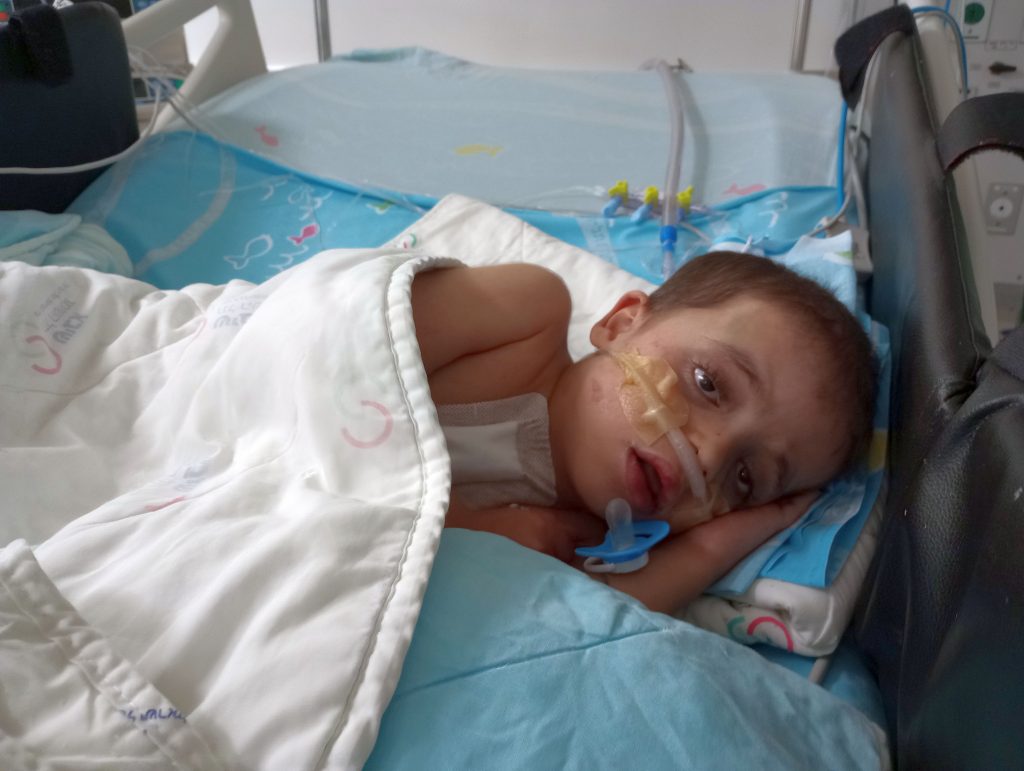 Today in Sheba Hospital, Hassan is running a little fever, but other than that, he is still stable. He is eating and drinking, but his doctor said that he will need a lot of time until he recovers. They also think that probably he will need another catheterization sooner or later.

Yesterday Hassan had a brain CT but the doctors found nothing new. He had some bleeding in his brain after his surgery, but for now, they just have to wait to see how he is improving.

Thank you for praying that Hassan will recover soon!