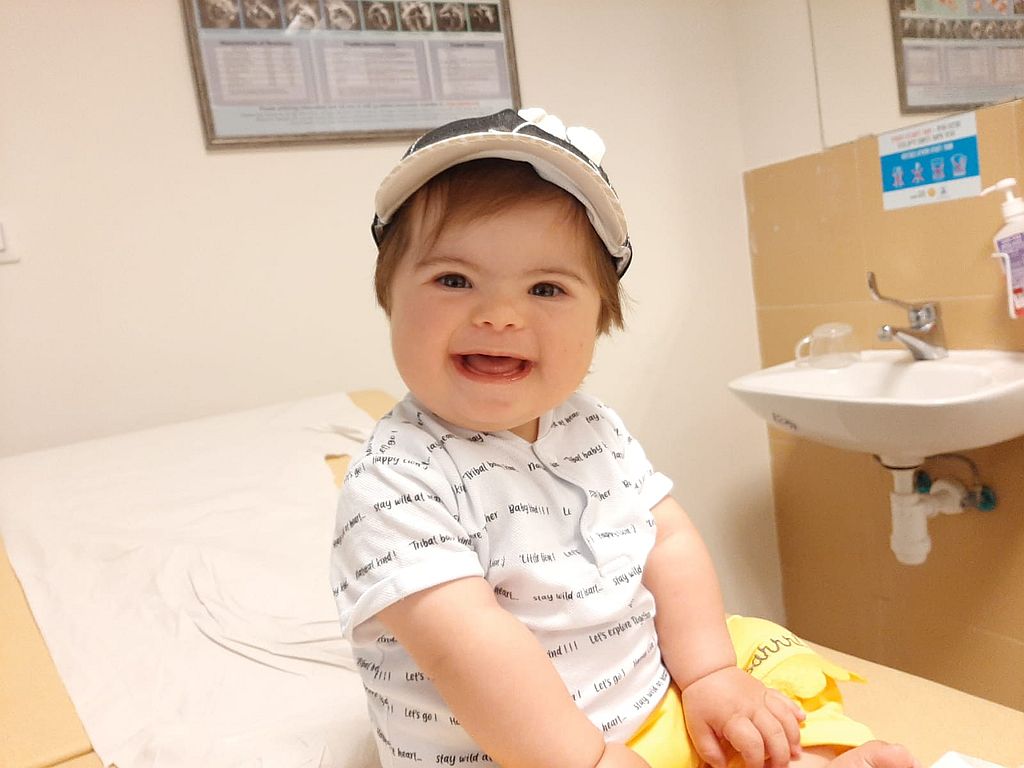 Lawi received his heart surgery in March. Praise God he has not had any complications since.
He is almost always smiling. He had a follow-up echocardiogram and his cardiologist was very content with the condition of his heart. She even mentioned that if she did not know his history of a congenital heart defect, that she would think that his heart was perfectly normal.
His mother was nervous that something would not be well with his heart, but she was reassured that he is doing very well. He has even gained four kilograms since his surgery.

Lawi’s older brother called during the echo test. He dearly misses his mother. It is very difficult for Lawi’s mother and Lawi to be away from their family for so long. Lawi turned one year old last week, and now Lawi’s older brother will be turning four years old in two days.
Please pray for his family to be reunited soon.