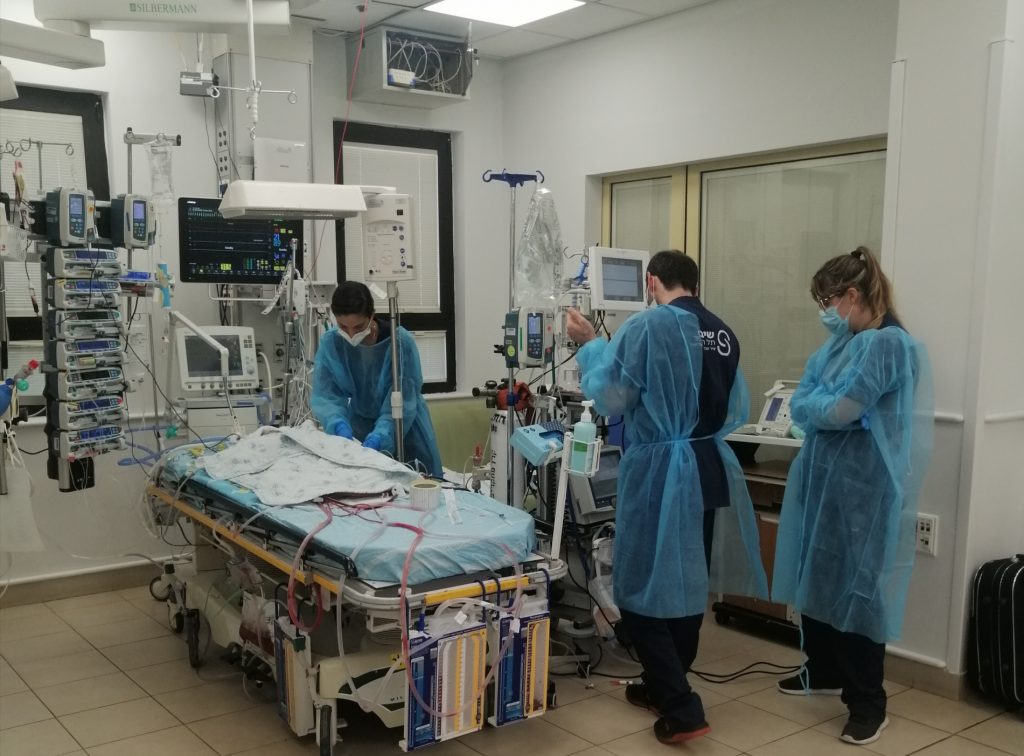 After the long surgery yesterday, we received word this morning that Shadi’s condition had deteriorated. His blood pressure and heart rate were low and he was requiring a lengthy resuscitation. His mother was unable to stay next to him, due to his chest being open, so we had to contact her, wake her up and break this news to her. I could hear the speed at which she was getting herself over to Shadi’s room, rushing to be beside her only son. Thankfully there were some other Kurdish mothers in the department who could support her, as Shadi was taken to surgery and put onto ECMO.

We arrived with two other mothers two hours earlier than we had previously planned for their appointments, due to Shadi’s condition. I will add that as soon as we explained what had happened, these two mothers were ready to leave within 5 minutes; one of them was Samem’s mother, one of her closest friends. The other was Sulaiman’s mother. She has the memories of Sulaiman being put onto ECMO fresh in her mind. Shadi’s mother has been a supportive friend to all throughout her time here, and it is clear that to all, she and Shadi are dearly loved in return.

Shadi has spent his first day on ECMO now. The doctor explained that it is a good machine for doing the work of the heart and lungs, but has the complication that it increases the risk of bleeding in the brain. He will have a head ultrasound each day to check, and thankfully today they saw no bleeding.

We hope and pray with all our hearts that Shadi will make a full recovery, and that the Spirit of God will surround Shadi’s dear mother in this time.