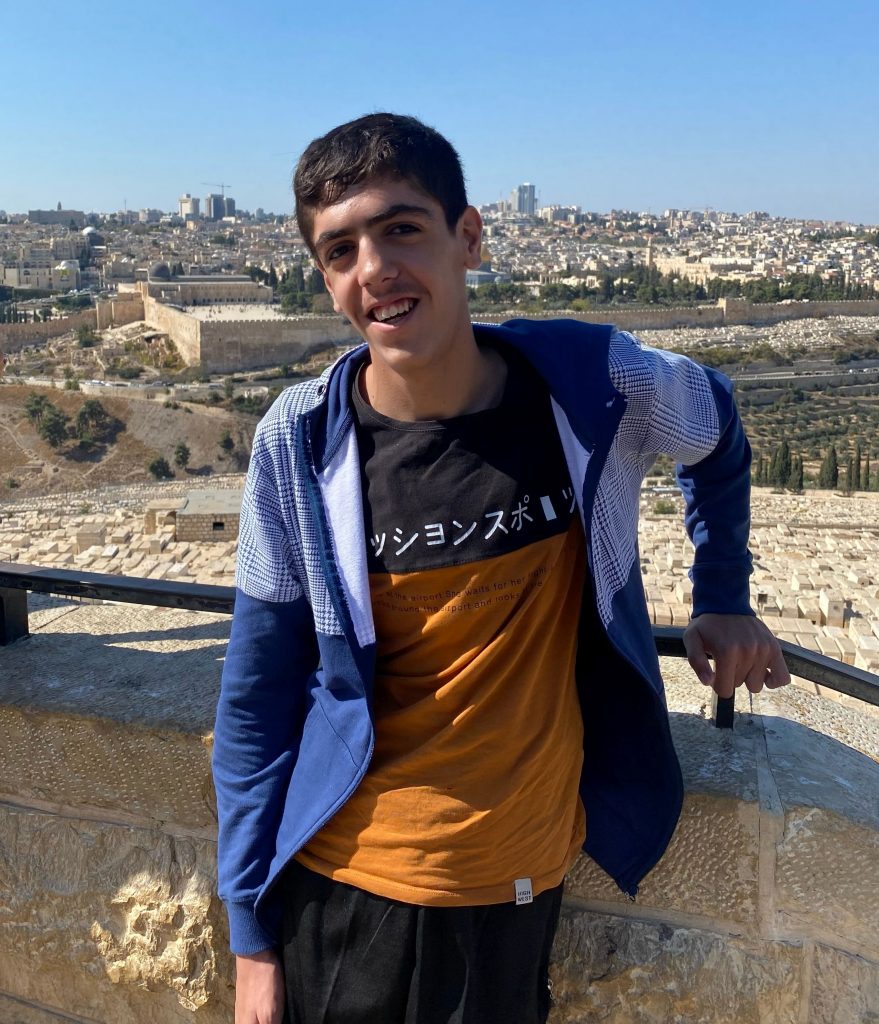 We came with Mohammed and his mother to the Jerusalem guesthouse on Friday before the beginning of Shabbat – with plans to bring Mohammed for admission to Hadassah Hospital on Saturday night, God willing. 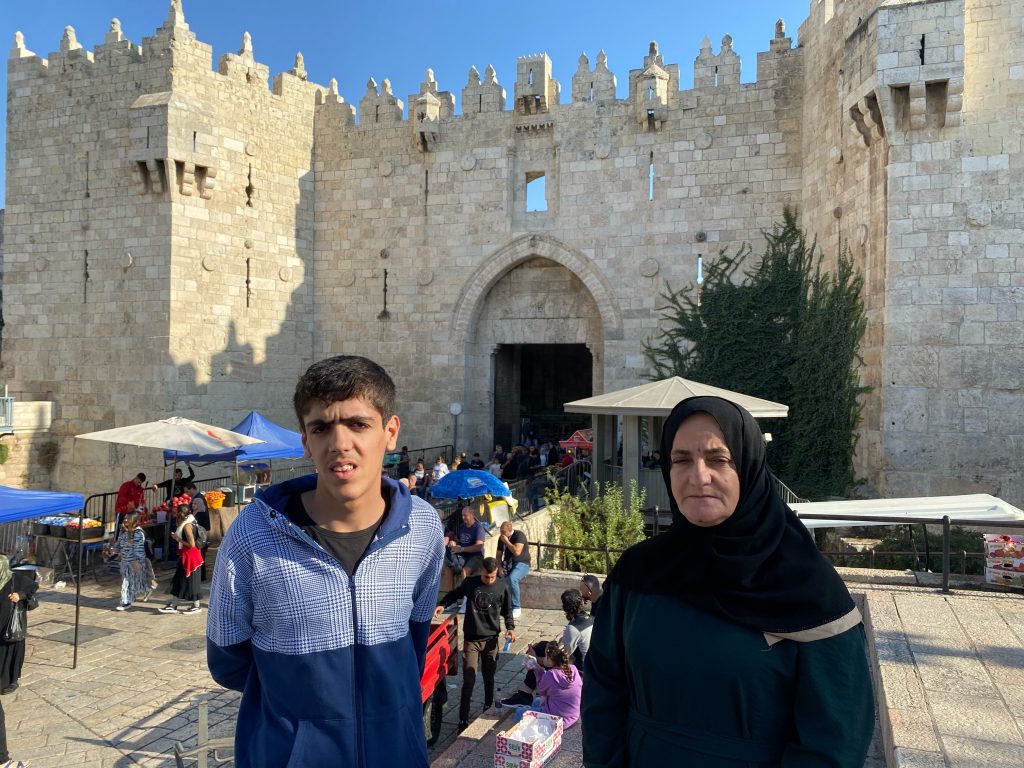 They were excited to see Jerusalem and asked if they could go to Al-Aqsa mosque to pray.  We drove to the top of the Mt of Olives so they could see the city when we first arrived to Jerusalem.  After lunch in the guest house, we walked Mohammed and his mother to the entrance of the Temple Mount and Al-Aqsa.  Mohammed was very curious about the Christian Pilgrims whom he noticed walking the Via Dolorosa.  He was also curious about the Jews who were dressed for the beginning of Shabbat.  I explained to Mohammed that Jerusalem is a very important place to Muslims, Christians and Jews.  His mother replied by holding her hands together and simply said ‘Abraham.’  Mohammed replied, ‘I think we are brothers.’ 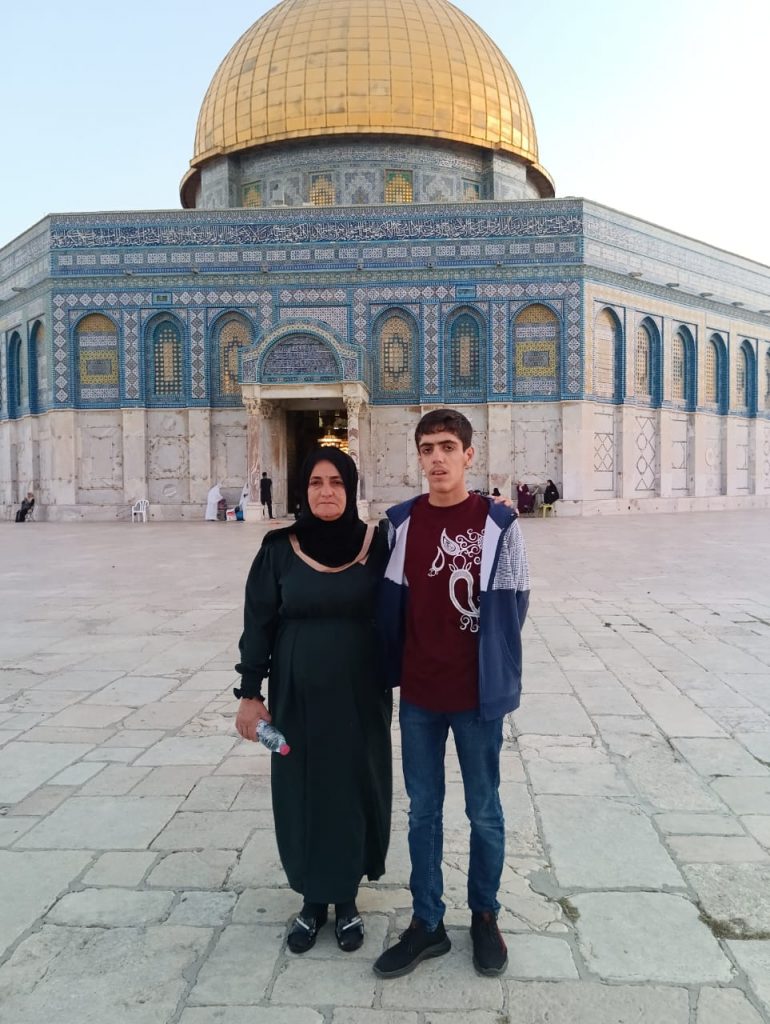 On Shabbat afternoon we were able to return with the family to Al-Aqsa for prayers, but on the way, Jonathan guided us to the Garden Tomb. 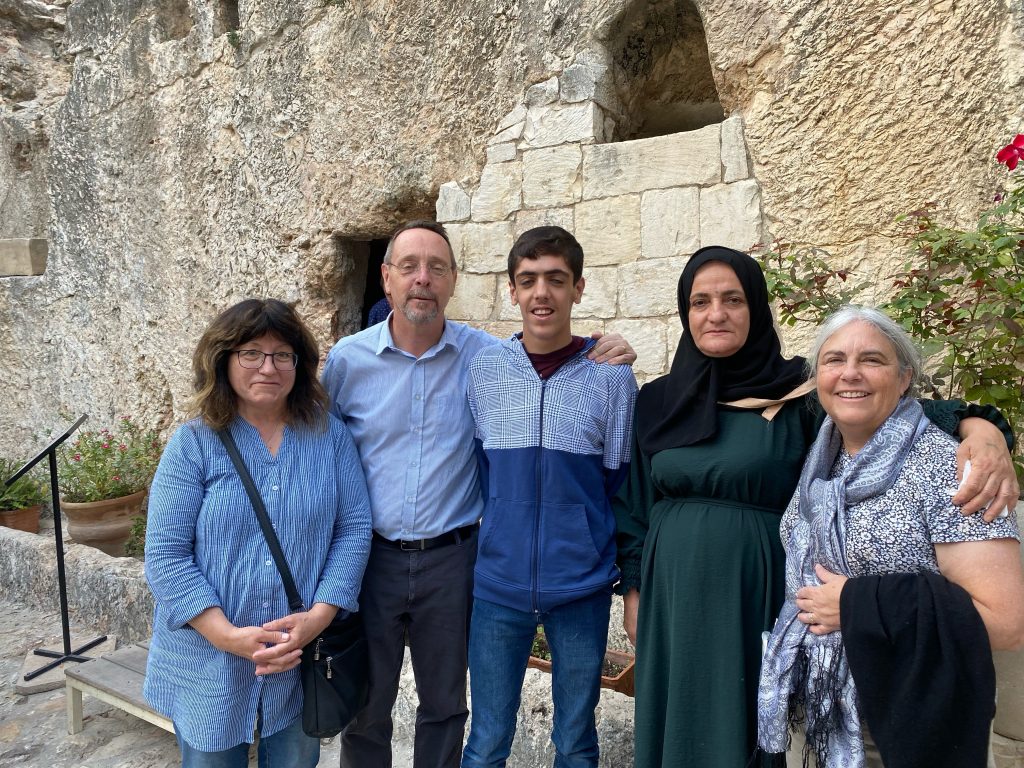 He explained to the family that this mountain is the same mountain where Abraham obeyed God to offer his son as a sacrifice – the site of the Dome of the Rock near the Al-Aqua mosque.  Jonathan then explained that in this place God offered his only son as a sacrifice and that we rejoice because God raised him from the dead. 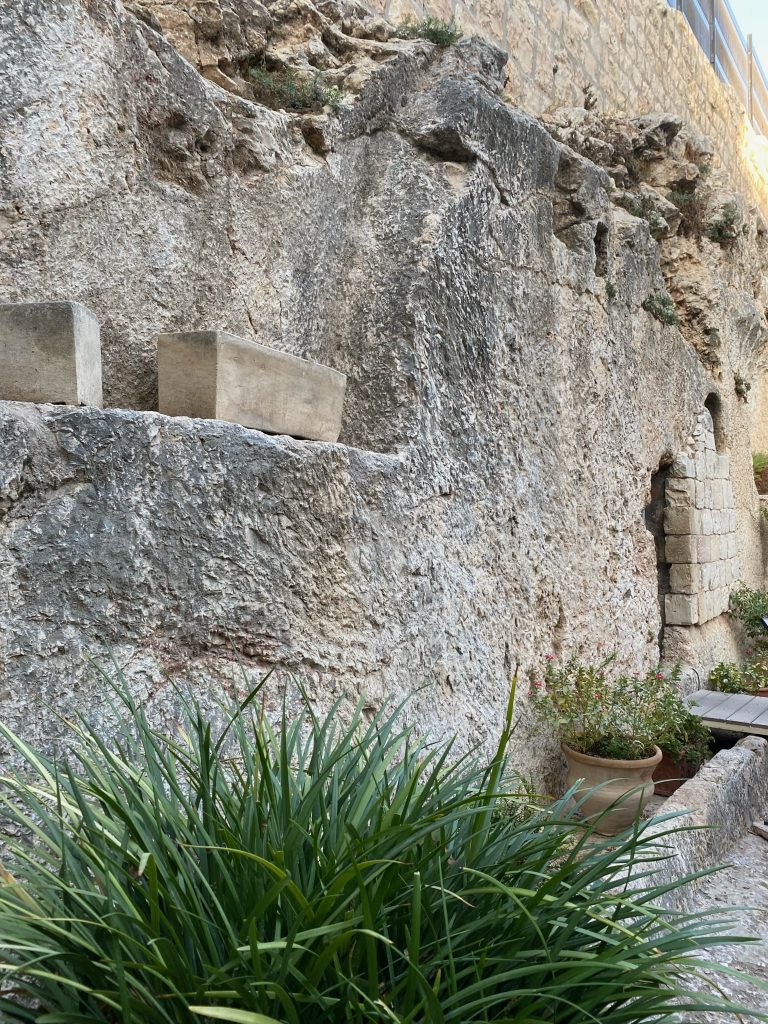 It was humbling to see Mohammed’s mother holding her hands open and praying inside the empty tomb. 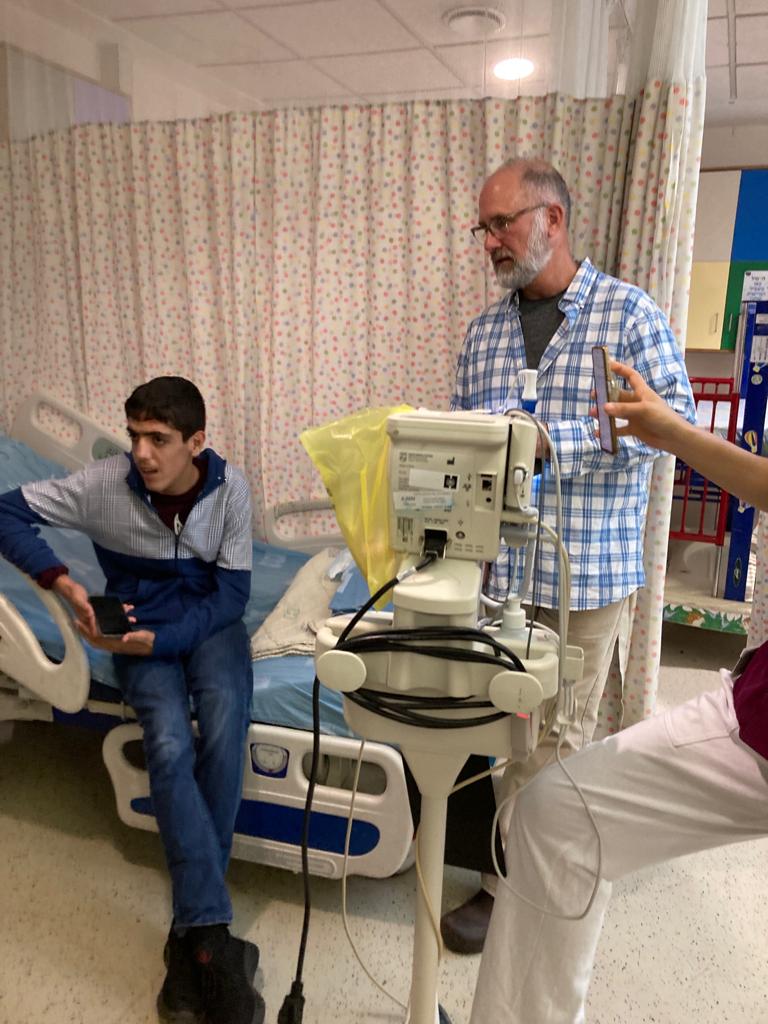 After the sun set, we were able to drive the family to Hadassah for admission.  Mohammed is very curious and calm about everything.  We were so touched by his nurse, Raquel, who was giving extra attention and loving care for Mohammed.  She quickly downloaded Kurdish-Sorani translation to her phone so she could communicate directly with Mohammed.

Raquel told us before we left, ‘you are doing holy work.’  But Jonathan replied, ‘I think you are doing the holy work – we are just helping bring this boy to you.’

Lastly, we prayed and blessed Mohammed  before leaving for the night and plan to return early tomorrow morning when surgery is planned to start.