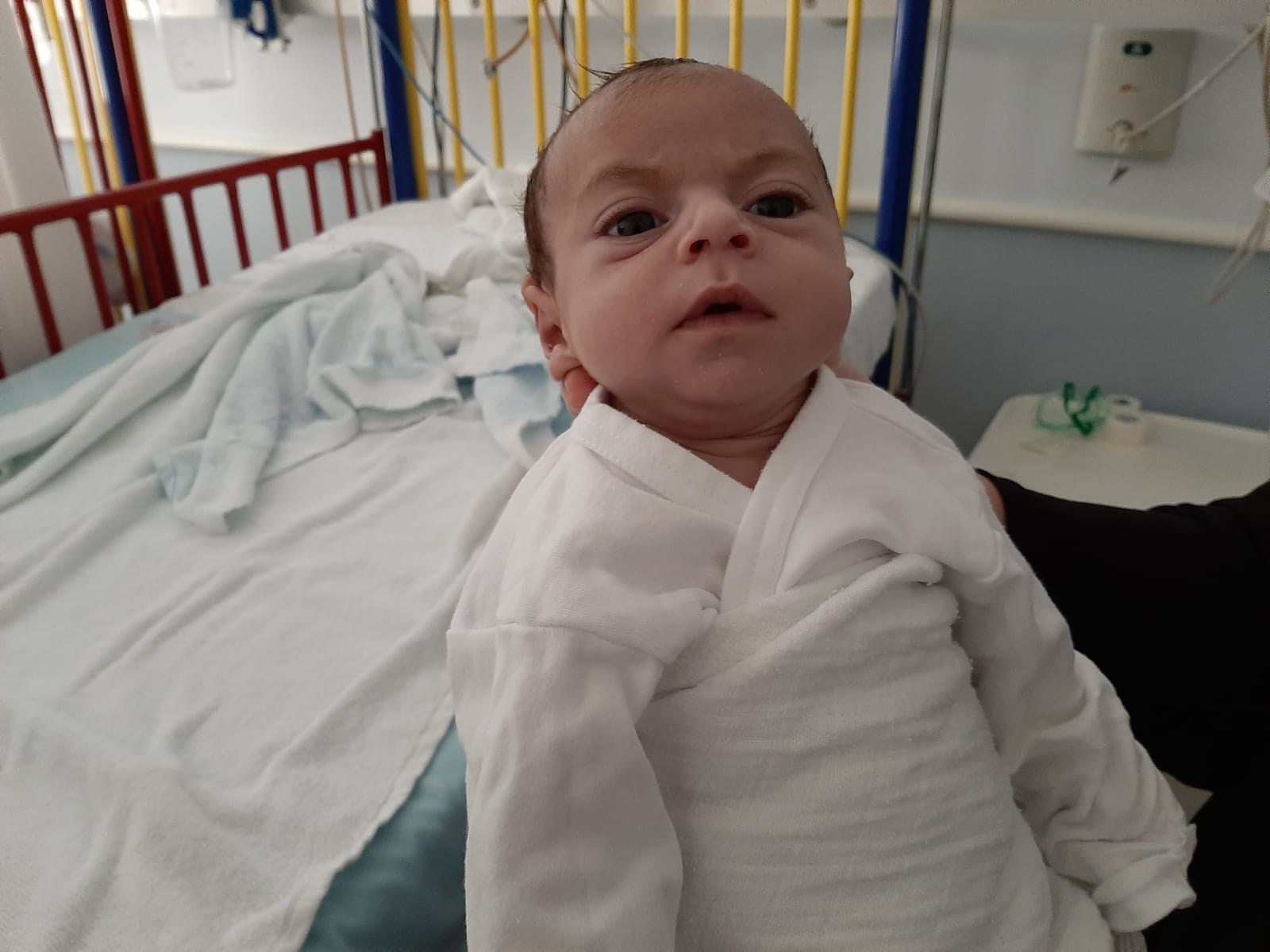 Mohaned’s last heart echo showed that the heart function was well. The concern now is that as one of his lungs collapsed, he has been requiring oxygen support intermittently. He is also still not feeding well, which is important for him as he is now one-month-old, but still incredibly small.
When the doctors see that Mohaned’s respiratory status is stable, then they will hopefully be able to send him home to Gaza. His grandmother, who herself has nine children, was so gentle with Mohaned as she patted him to sleep. She has a beautiful heart of joy and gratitude. His grandmother later said, “thank you to all for bringing Mohaned to Israel for surgery.”
She also said something in Arabic like, “I love Mohaned. I love you because you love Mohaned.” The truth is that we are only able to love, because God loved us first!