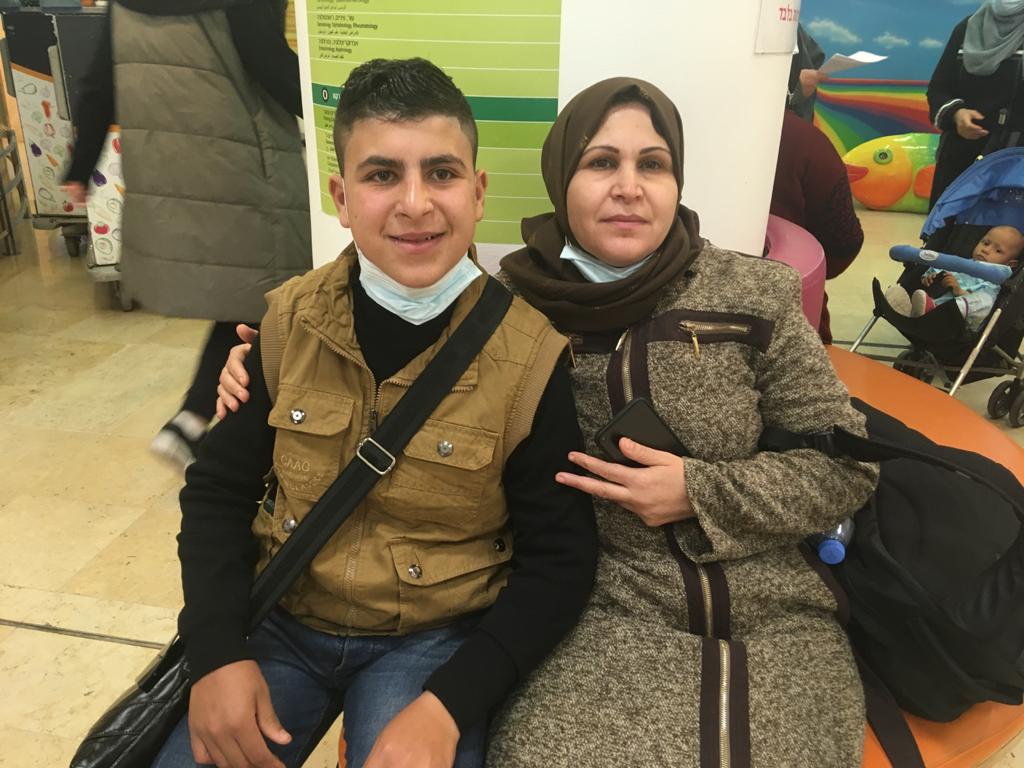 Mohammed is a young man of 16 years, from Gaza. Today, he and his mother left the Gaza Strip to come to Sheba Medical Centre for an assessment.
He received a diagnosis of Truncus Arteriosis as a young child, and has had previous surgery. Now he has grown up. The Gazan doctors’ assessment suggests that the conduit which was placed previously, appears to be now too small for him, and they would like him to be considered for surgery.
In his echo today, the cardiologist decided that Mohammed would benefit from a catheterisation. He therefore will wait at home in Gaza until the date has been scheduled, hopefully in the coming few weeks.