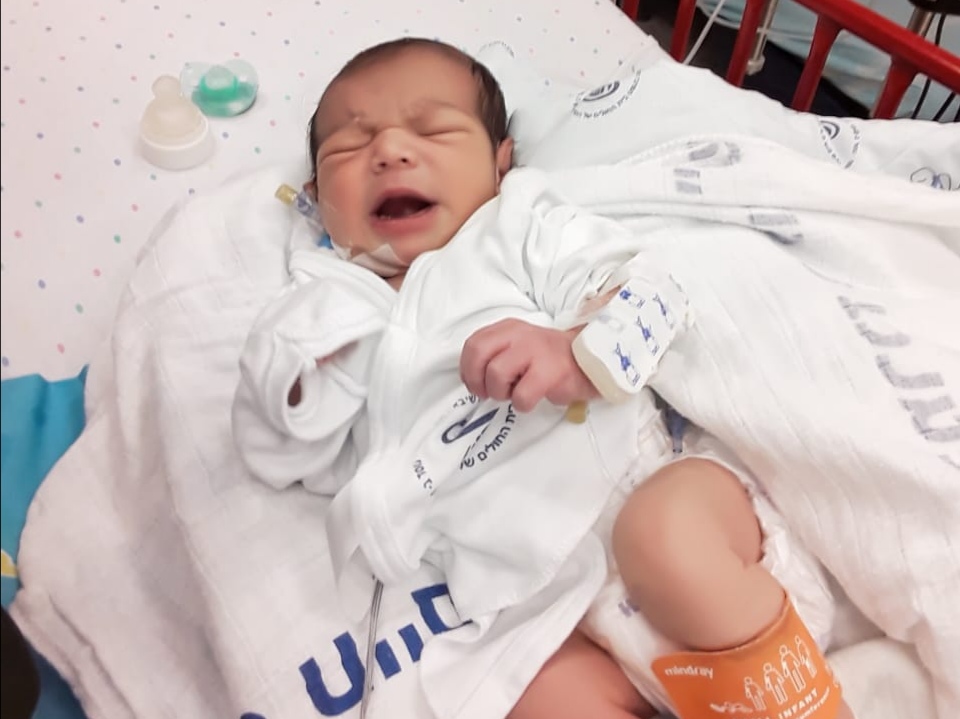 Kenan was transferred from a hospital in Gaza to Sheba Medical Centre in Israel, arriving on Friday.
He was born only last week, on 11th January. He came to us in the care of his grandma, traveling by ambulance.

His diagnosis from the doctors in Gaza is Pulmonary Atresia. He was seen by a doctor in Gaza when he was three days old. He presented as blue, with dangerously low oxygen saturation. He was also intubated. 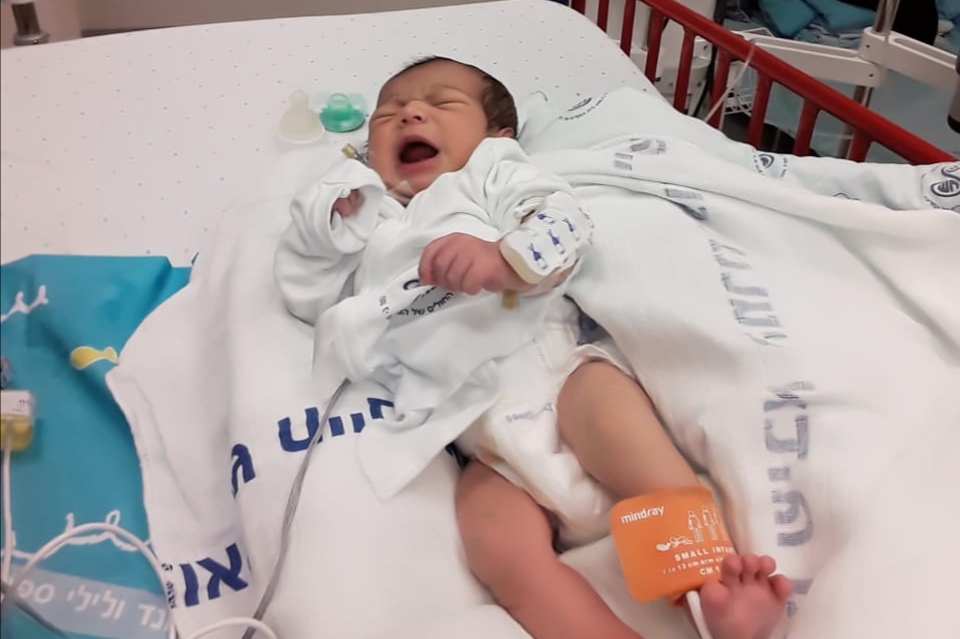 Thankfully, he made it safely to the Pediatric Cardiac ICU at Sheba Medical Center. He had a CT scan today, which will be discussed by the doctors tomorrow. They will then make a decision about what should be the best treatment plan for him.