It happened again this morning. A child who was waiting for months in Iraq for heart surgery finally made the long journey to Israel and arrived safely at Ben Gurion airport: 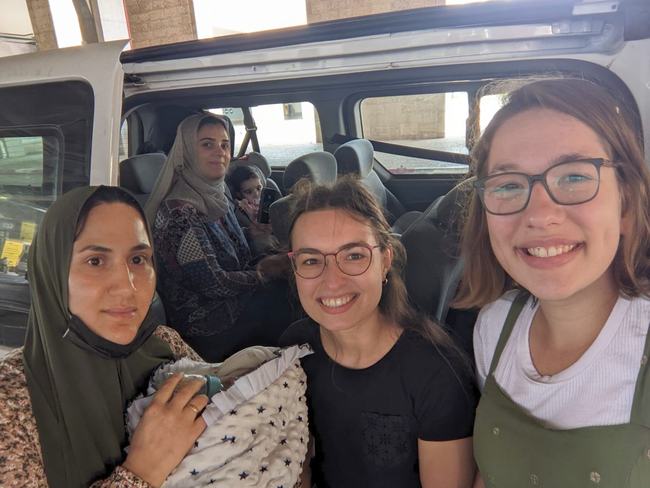 Our team took these two families to rest at our home in Ashdod but soon realized something was wrong. Lara (seated in our van in the picture above) had oxygen levels which fell to about half of normal. This is basically incompatible with life.

They rushed Lara to the Sheba Medical Center, and when doctors saw her condition they put her straight into the ICU. I won’t be surprised to hear tomorrow that she is on a ventilator. 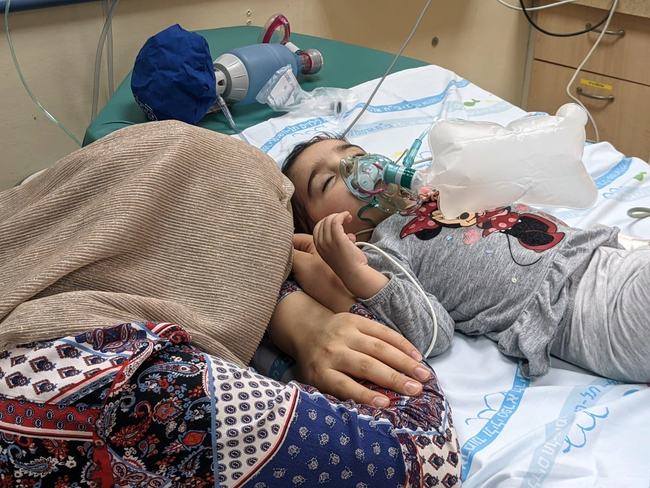 This underscores a couple important truths. One is just how neglected our neighbors’ children are in their home countries. Doctors in any country with advanced medical care would be shocked to see these children still at home waiting for help.

The other truth is just how much mercy and grace God shows to the work we undertake in his name. Yes we suffer and we fail. But we see far more favor than one should normally expect. So many of these kids survive just long enough to reach Israel. We must always be ready with the psalmist to say to anyone who will hear: Come and see what God has done.

We’re also blessing the name of God tonight for his loving kindness to Wael from the Gaza Strip. After months of preparation, doctors at Hadassah hospital in Jerusalem took him in early this morning for the third (and God willing final) heart surgery of his young life: 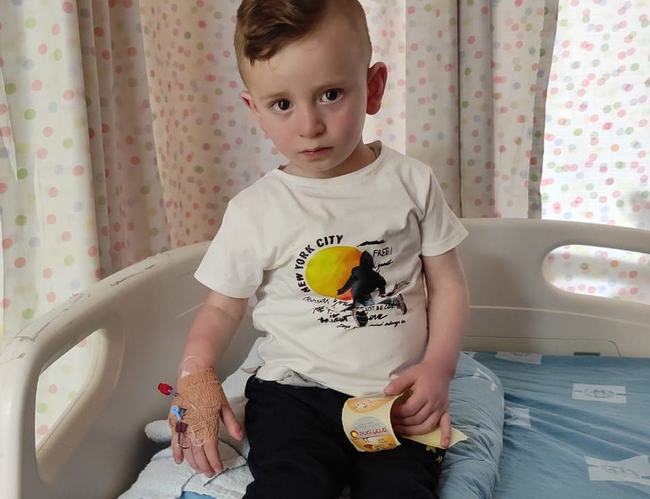 And thank God for Doro’s report that he emerged ten hours later after what doctors termed a successful surgery; let’s remember him in prayer during the next 48 critical hours.
It brings a great joy and satisfaction that for an unbroken quarter of a century we’ve been chosen to equip Israeli doctors to reach out in this way to their neighbors in the Gaza Strip (as well as Iraq and Syria). A Texan friend visiting Sheba’s cardiac ICU two weeks ago was struck by the closeness of our relationship with the doctors there, who told him that 75% of the babies then in the unit came through Shevet Achim. Here’s an English-language report from the i24 news channel broadcast this week: 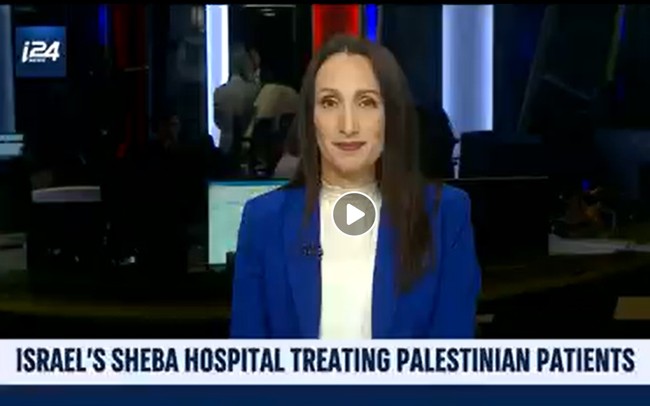 The greatest thing about this video is that it makes no mention of Shevet Achim. If we can embrace this we are truly working in the spirit of Messiah:
Thus, when you give to the needy, sound no trumpet before you, as the hypocrites do in the synagogues and in the streets, that they may be praised by others. Truly, I say to you, they have received their reward. But when you give to the needy, do not let your left hand know what your right hand is doing, so that your giving may be in secret. And your Father who sees in secret will reward you.

Meanwhile the people of Israel are back on the firing line this week, as the progressive Democrats in the US House of Representatives united around the latest iteration of the blood libel, insinuating that the IDF deliberately targeted and killed an Al Jazeera journalist in the incident described in last week’s letter.

This is a perfect illustration of our human tendency to (mis)interpret facts through the filter of our prior ideological commitments. And yes, that same spirit of Messiah goes on to challenge us as friends of Israel to first take a look in the mirror before saying anything more on the subject:

So friends, are we quick to believe the worst about those we perceive to be adversaries of Israel? Let’s examine ourselves as we read “Generalizing about all Arabs is as bad as antisemitic generalizations,” published this week by a law professor at Israel’s religious Bar Ilan University:

Unfortunately, ascribing inherent traits to others according to some reference group is a common human practice, because it allows us to simplify a complex picture and translate it dichotomously: us and them. It purports to absolve the generalizer of responsibility and empathy toward others; in particular, it reinforces our own self-image. As though others – whether they are an Arab, a settler, a leftist, or the bearer of some other label – cast a dark shadow on reality, while we, the mirror image, are on the side of light.

Those who generalize about Israel’s Arab citizens are not just heartless, ignorant and blind; they are also racist, in that they regard people according to their ethnic background rather than their behavior. They also abandon basic Jewish morality. Who doesn’t remember the argument our ancestor Abraham, the first Jew, had with God in opposing the monolithic attitude toward the people of Sodom: “Will you even destroy the righteous with the wicked?”

Today a Jerusalem judge ruled that three religious Jews could not be barred from the Temple Mount, after they were caught bowing and reciting Shema Yisrael there. A once-fringe argument is becoming increasingly prominent in Israel: that it is discriminatory for Jews to be denied freedom of worship in their most holy place. From an American law professor this week, “The Lies They Tell about the Temple Mount“:

Since Israel liberated Jerusalem from Jordanian occupation in the Six-Day War, the Temple Mount has remained formally under Israeli sovereignty. However, in an effort to cool tensions in the Muslim world, Israel has permitted the day-to-day administration of the Temple to be overseen by the Jerusalem Islamic Waqf, a Jordanian institution that exercises guardianship over various holy sites. To this point, Article 9 of the 1994 Israel–Jordan Peace Treaty stipulates that both parties agreed to “provide freedom of access to places of religious and historical significance.”

While this arrangement appears reasonably conciliatory, it has developed an inescapable element of absurdity: The current status quo is that Jews are permitted to visit the Temple Mount, but they are not allowed to pray at the Temple Mount, which remains the holiest site in Judaism. Only Muslims are permitted to pray at the site. This may be normal in illiberal Muslim regimes such as Saudi Arabia, but in Israel, this is the only place where a religious group is banned from worship at their holy site — and it happens to be the Jews…

The notion that Jewish prayer must be silenced in order to keep violent rioters at bay is absurd. It is high time the international community acknowledges the absurdity of referring to prayer as “provocation.” For no other religion would such euphemisms be reserved.

Behind the Israel government’s policy of restraint is a fear of provoking Armageddon (just as similar qualms kept the US government from moving its embassy to Jerusalem until four years ago this month). This week the writer Joel Rosenberg recalled a US president who seemed unfazed by the subject:

In his 1997 book, “Dutch: A Memoir of Ronald Reagan,” Edmund Morris – the president’s official biographer – revealed that Ezekiel was actually Reagan’s “favorite book of prophecy.”

“We talk mainly about religion,” read the notes from Reagan’s meeting with Morris on Feb. 9, 1988.

“I have been reading a book about his Armageddon complex, and, when I mention the subject, am rewarded by an animated speech, full of jovial doom, that lasts the rest of the half hour,” Morris continued.

When Baker and Powell arrived, impatient for their own thirty minutes, Morris told them, “We’re having a cozy chat about Armageddon.”

“They stand grinning nervously as he [Reagan] continues” to discuss the topic of the book of Revelation, Morris continued.

Then Reagan turned the topic to the prophecies of Ezekiel 38 and 39, Morris noted.

Reagan explained to his senior staff that “the man who comes from the wrong side, into the war, is the man, according to the prophecies, named Gog, from Meshech, which is the ancient name of Moscow.”

“I tell you, Mr. President,” Baker replied. “I wish you’d quit talking about that. You upset me.”

But Morris wrote that Reagan continued to talk about such things, as he had for many years.

I once asked Michael Reagan, the president’s son, if such accounts rang true.

He confirmed that they did, noting that his father firmly believed he was living in history’s last days and thought that he might even see the return of Christ in his lifetime.

Ronald Reagan was a devout Christian, his son told me. He was a student of the Bible and was fascinated with end-times prophecies. He believed they were true. He talked about them with friends and colleagues. They helped shape his view that the Soviet Union, and the system of evil it advanced and perpetuated, was not long for this world.

For a movie actor-turned-president like Ronald Reagan, the Bible was indeed the greatest story ever told.

Reagan had read the prophecies in Ezekiel, Daniel, Isaiah and Jeremiah.

Reagan had also read the last book of the Bible – the book of Revelation.

He knew for certain that a day of reckoning – a day of justice – was coming.

And he wasn’t afraid to talk about it.

Finally this week, a farewell to our coworker Frank, who is just now boarding his flight back to the US after serving with us in Israel the past month: 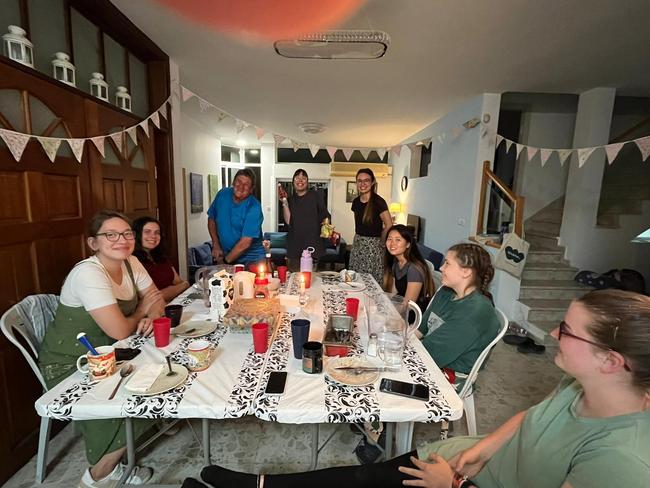 You may remember how the faith and songs and prayers of our friends around the world supported Frank 16 months ago, when he was on a ventilator with COVID in the US and doctors had just about given up on him. Well last week he came down with it again while with us in Ashdod, along with several other community members. Once again we’ve found favor with God, and we thank Him for Frank’s life and the blessing he has been both to us and the families we serve: 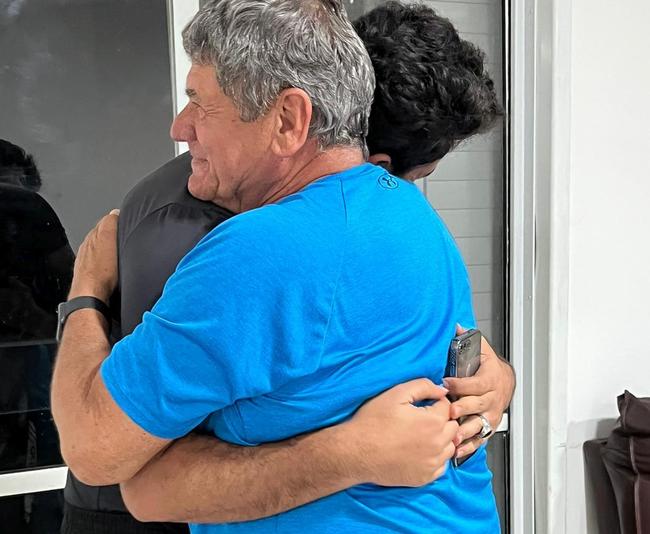