15 years ago the pastor of the largest evangelical church in the Middle East, Kasr El Dobara in Cairo, surprised me with stories of Muslims coming to the church from all over Egypt seeking prayer for healing and deliverance: 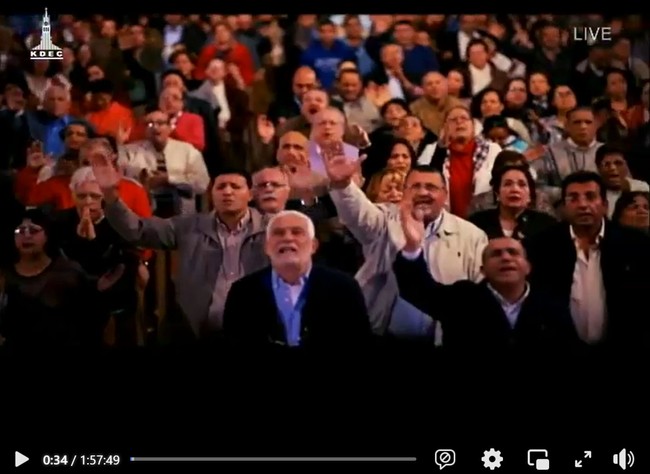 A few years later the church’s location on Tahrir Square in Cairo became ground zero for the Egyptian revolution of 2011, and the pastor (who is also a surgeon) threw open the doors to the wounded. Here’s how a reporter described it then: 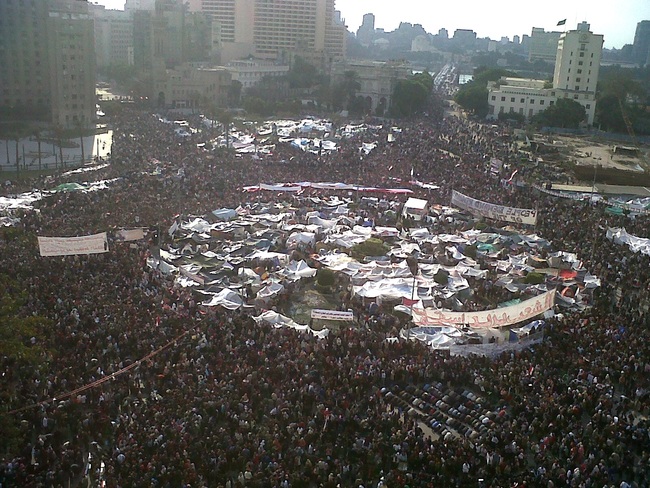 Before we attend the service we talk to the volunteer coordinator of the church’s triage hospital located inside a courtyard located at the entrance. We learn that since last November, Kasr El Dobara has also been known as Tahrir Church, an officially recognized field hospital accepting anyone injured as the result of the violent protests that have been going on since November.

The volunteer coordinator is a remarkable woman who says she wears “many hats” while guiding 200 volunteers. Muslim and Christian doctors and nurses work side by side each night as the inevitable wounded are received as patients.

We hear stories of Muslims attending a volunteer appreciation service inside the church and being truly moved by God. When the church’s pastor, Sameh Maurice, asked those in attendance who among them were not members of the church, more than two-thirds of the people raised their hands…

In a move that seems unfathomable, we learn that the church also opened up its courtyard for Muslims to come and wash before their traditional daily prayers. A nearby mosque could not handle the overflow from the crowds at Tahrir Square.

These memories came back yesterday when a few of our Jerusalem community members walked over for the Shabbat service at the Narkis Street International Congregation. A young Yazidi mother–displaced from her home in northern Iraq by the Islamic State invasion of 2014–is with us while waiting for heart surgery at Hadassah Medical Center for her only son Sineor.

When we mentioned that she’d be welcome to join us at the church, her face lit up. “I know that the prayers of followers of Messiah are received,” she said.

And sure enough, she wept as the congregation gathered around her and her son and prayed for his healing: 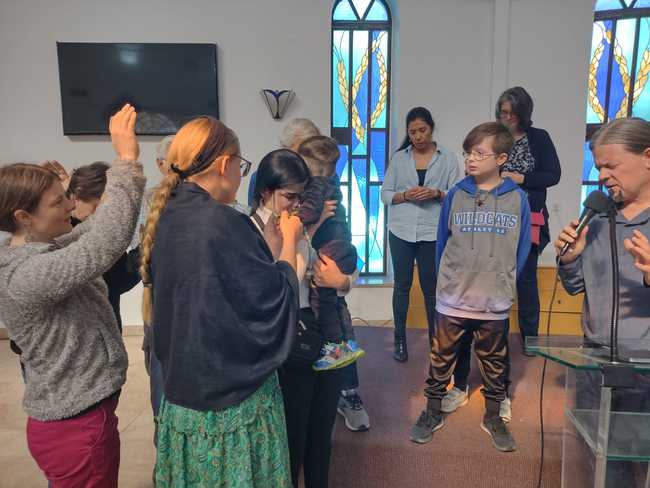 I share this because we all think too small. We’re imprisoned by religious boundaries and we don’t really understand how numerous and powerful are the opportunities to interact with our neighbors. The world is just dying to be loved. Let’s ask our Father to open our eyes to greater things.

In that spirit we’re due now in the morning, God willing, to sign the lease on the new Jerusalem house near Hadassah. Our coworkers and the families we serve continue to be impressed by the caring treatment there. From Tatiana’s report on young Mohammed from Kurdistan, who had his high-risk heart surgery a week ago: 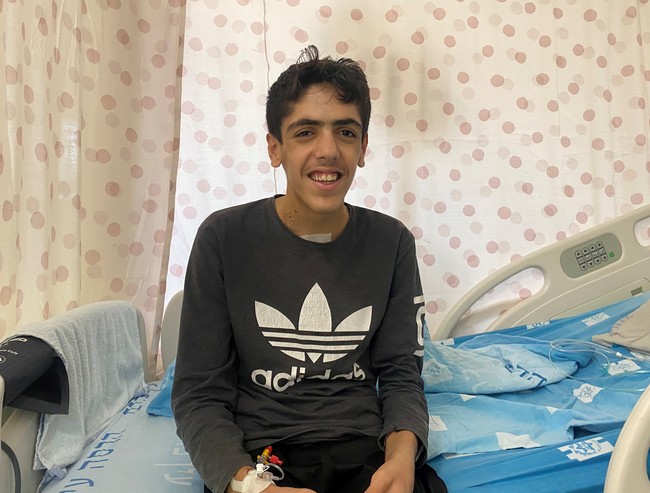 Today Mohammed was moved from the Hadassah Hospital’s Pediatric ICU to the Pediatric Department.  So in the medical world, that’s a definite step in the right direction.

During this weekend, Mohammed was much more active. He seems to be recovering his strength and is experiencing less pain, What a great picture it was to see Mohammed stand up from his bed and walk around without help.

In addition to that, today was a new experience for me to see Mohammed so expressive and communicative.  He was smiling and also happy to see so many people from so many different countries and religions on the same floor of the hospital.

And down at the Sheba Medical Center near Tel Aviv, our coworker Jakob found a wonderful level of attentive care for baby Ayub when he came out of Gaza today for the first echo since his emergency life-saving surgery:

Actually, only an ordinary echo appointment at Sheba Hospital was on the agenda for little Ayub today. When the doctor looked at the results of the same, he drew a positive conclusion. After Ayub’s surgery in September, he is doing well and his heart is in good condition:

However, the fact that Ayub had thrown up frequently in the past few days worried the doctor. The echo did not provide any information about the causes, so the doctor decided to have Ayub checked out in the ER and to observe him for one or two days.

Isn’t it a joy to see these kids treated as if their lives really matter? Here’s Elise’s snapshot today of five-year-old Fatoum from Gaza: 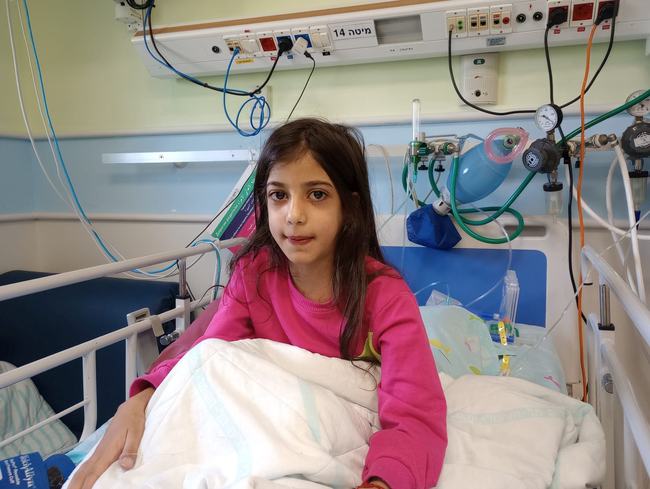 Our beautiful Fatoum feels incredibly well after her big surgery at Sheba Hospital three days ago. This morning, when we entered her room, she was even sitting up in her bed eating candy! She looked so wonderful – as if nothing has happened, which we are very grateful for.

Let us all thank the Lord our God, for this huge progress Fatoum has already made. He gives her and her mother such strength that they don’t seem to be affected by their stay in Sheba at all.

Meanwhile as Western culture continues its sprint toward Sodom and Gomorrah, and some fear even the Catholic church may not be immune, the New York Times finds today that Israel surprisingly enough is moving in the other direction. From “Israel’s Election Empowers a More Muscular Religious Zionism“:

Religious Zionism’s supporters hope the alliance will use its leverage to strengthen their idea of a Jewish state by, among other things, promoting conservative family values, preserving the sanctity of the Sabbath and applying Jewish sovereignty in parts of the West Bank, a territory the Palestinians claim for a future state and that Religious Zionism considers to be part of Greater Israel and refers to by the biblical names of Judea and Samaria.

“The Torah of Israel, the people of Israel and the Land of Israel — those are the three flags of Religious Zionism,” said Hananiya Shimon, 39, a father of seven who lives in one of the settler compounds scattered around Hebron’s Tomb of the Patriarchs, the contested holy site that is venerated by Jews and by Muslims, who call it the Ibrahimi Mosque. The area is fully controlled by the Israeli Army. 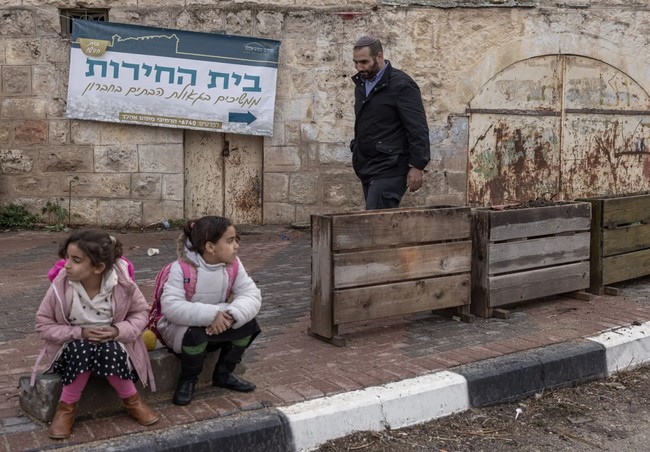 The Zionist national religious camp has also steadily become a bigger part of the Israeli mainstream in recent years in a concerted effort to integrate and have more of a say in Israel’s future.

Religious Zionists have reached the top ranks of the security establishment and the police, have made up a disproportionate number of the graduates of the military’s officers’ school, have bolstered their presence in Israel’s mixed Jewish-Arab cities and have developed an increasingly influential voice in the Israeli news media and culture.

“We are a Jewish state, and it’s important that Religious Zionism be in the government and work for its Jewish character,” said Rivka Ben Avraham, a teacher and mother of 10 who was volunteering at the Warm Corner, a rest stop for soldiers near her settlement in the Etzion Bloc, north of Hebron. “At the same time, we are a democratic state,” she said, “and the religious Zionists are involved in all aspects of life here.” 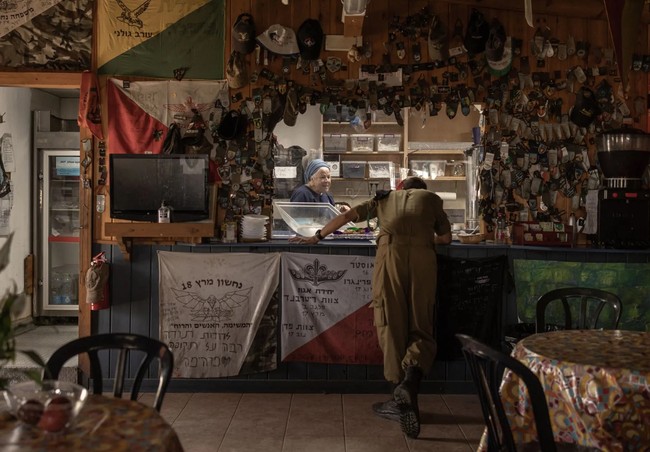 The religious Zionists include people of varying degrees of religiosity and different shades of mostly right-leaning politics. Estimates of the size of the community range from 10 percent to 30 percent of the Israeli population. A recent survey for the Jewish People Policy Institute, a Jerusalem-based research group, found that about 15 percent of the male population define themselves as strictly observant Jews who support the idea of a Greater Israel.

Religious Zionism has roots in the decades before the state of Israel was established in 1948. One of its founding fathers, Rabbi Avraham Isaac Kook, saw a Messianic calling in the creation of a Jewish state and embraced the avowedly secular, socialist pioneers who arrived at the beginning of the 20th century as its builders.

The National Religious Party, founded in 1956 to unite the religious Zionist electorate, sat in many governments and first focused on matters of religion and state. After Israel’s conquest of the biblical heartland of the West Bank, East Jerusalem with its holy sites and other territories in the 1967 war, religious Zionists spearheaded the efforts to settle the newly won lands, branding themselves as the next generation of Zionist pioneers.

Rabbi Kook’s son, Rabbi Zvi Yehuda Kook, made an impassioned address weeks before the war, lamenting the fact that Hebron, Jericho and other biblical sites in the West Bank were not under Jewish control. After the victory, and the Israeli occupation of those areas, some of his followers saw his words as a prophecy and the ideological settlement movement took on Messianic overtones…

Itamar Leshem, 39, who lives in Hebron and teaches at a yeshiva in the adjacent settlement of Kiryat Arba, said he hoped Religious Zionism would infuse the curriculum of Israel’s state secular schools with more Jewish traditions and undo the efforts of the departing government to liberalize the process of conversion to Judaism and promote gay rights. 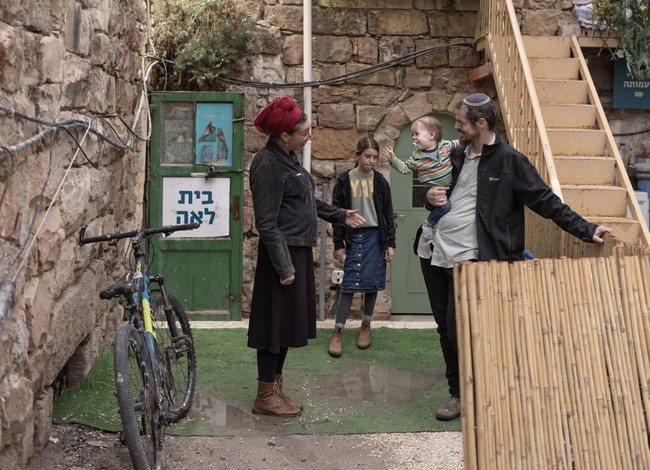 “Our values were trampled on,” Mr. Leshem said, adding that he felt the departing government was insufficiently nationalist. “The people of Israel have spoken.”

It doesn’t take a prophet to see that this shift puts the Israeli people on a collision course with the progressive West. Hard times are coming, and allies will be few. (And this week progressive Jews in the US seem particularly determined to burn bridges with the black community by accusing its most popular figures of anti-semitism).

Friends, let’s watch and pray, and commit ourselves to our calling: enabling the people of Israel to fulfill their calling by reaching out in love to their neighbors.