Yousef and I had to explain our way past an Israeli police checkpoint in Jerusalem this morning. And Mohammed’s mother did the same to get past the Hamas checkpoint in the Gaza Strip. But thank God, we met just past noon at the nearly-abandoned Erez crossing between Israel and Gaza, and by 2 pm Mohammed was safely admitted to Hadassah Hospital in Jerusalem for his second heart surgery: 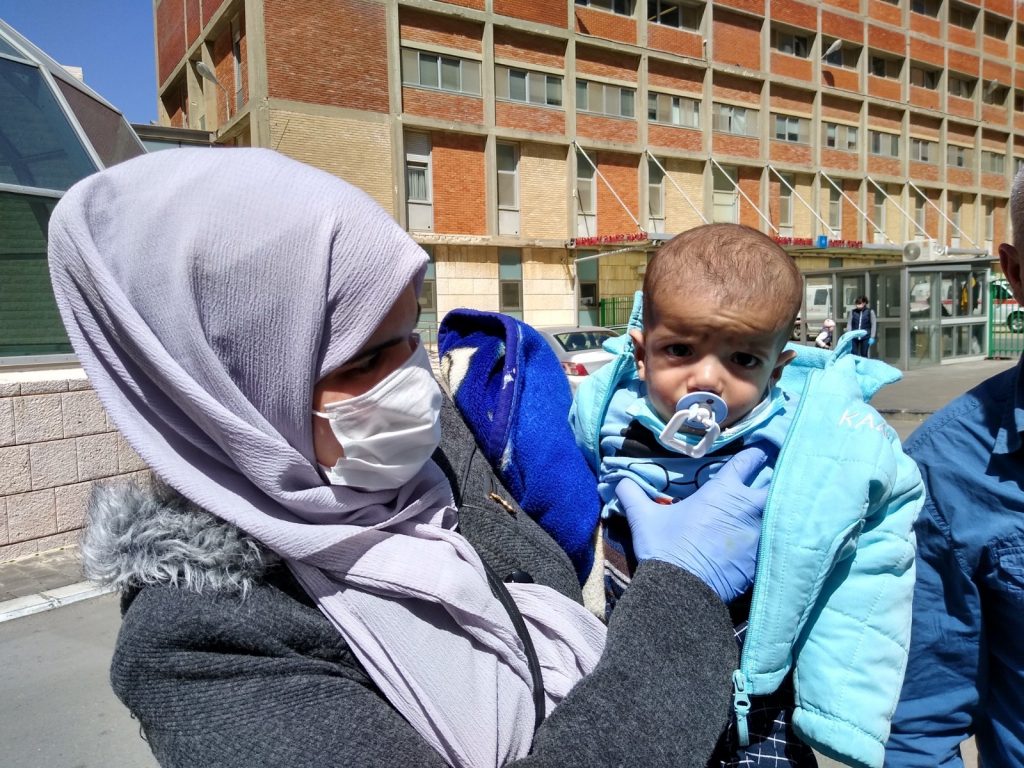 Fear of the coronavirus has brought most things to a standstill in Israel, and around the world. The first stop for Mohammed and mother at Hadassah was a test to see if they’d brought the virus up from Gaza. And when they go home the Gaza authorities will put them in quarantine to be sure they aren’t bringing the virus down from Jerusalem. (And yes, there was some question whether my bride would let me back in the door when I got home today).

The truth is that Mohammed’s surgery isn’t urgent. He could probably have safely waited another month or two. Yousef and I had several conversations this week with the hospital and with the Erez crossing about whether to delay his transfer. But we want to abide in the branch of Jesse, the one described by Isaiah who will not judge by what his eyes see, or decide by what his ears hear. Maybe Paul had this in mind when he said we walk by faith, not by sight. In the end it felt right to let Mohammed come if he could.

And something unexpected happened at the Erez crossing. Three Gaza women were stranded there, trying to get to Jerusalem for chemotherapy. Occasionally an unmarked taxi would roll by and offer to take them for 300 shekels, which is a half-month’s wages in Gaza. When we pulled up the women rushed over and asked for our help. So we had a couple of hours together. One of them, Um Sami, was only 31, and five months ago gave birth to twins, her fourth and fifth children. Due to her illness she needed the support of her mother to walk.

As we drove we agreed together on two certainties: the day appointed for our death, and the day of the resurrection and judgment. And what would I say on that day to the great judge–that I was a good person? If we’re judged by the very thoughts of our heart, as Jesus taught, there’s no use trying that. Yousef then shared from the scriptures about the sacrifice accepted by God in our place; from Adam and Eve, to Cain and Abel, to Abraham, to Jesus. And he shared his own story, of turning from powerless religion to find the way to a relationship with God which had the power to change his heart.

Um Sami was engaged, pushing back, asking questions. I had the feeling she was hearing these things for the first time. When we dropped her off I suggested we all pray and ask God to show us the truth.

Friends, to me and others in our community this seems to be the message of the hour. That heart surgery may not have been urgent, but for this precious neighbor of ours today may have been her last chance to hear what the word of God says we can do to prepare for the coming judgment.

Let’s not be distracted. The virus is not the main issue. The length of our life in this world is not the issue. The issue is preparing for the day that is coming soon.

Yesterday on the Shabbat Michelle and I sat and looked past our Jerusalem guesthouse out to the Temple Mount, and spoke about the fascinating story in 1 Chronicles 21 about how that site was chosen. 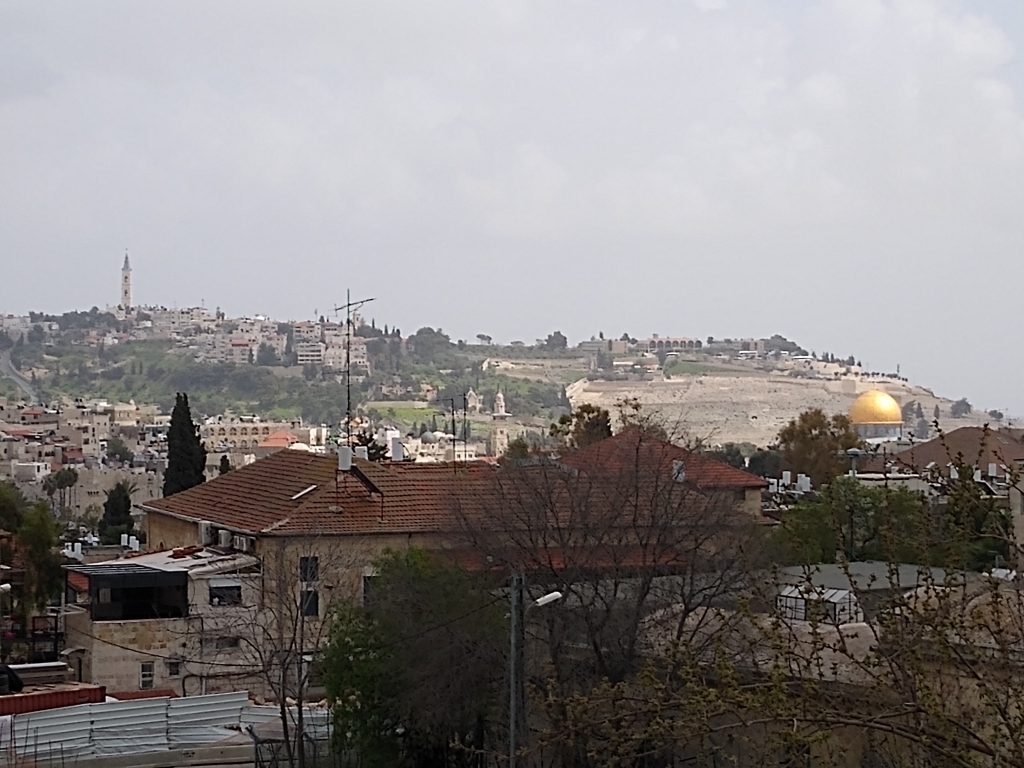 The LORD himself is striking Jerusalem with pestilence in the wake of David’s census of Israel, and the chronicler tells us David looked up and saw above the threshing floor the angel of the LORD with his sword drawn. And David said to God, “Was it not I who gave command to number the people? It is I who have sinned and done great evil. But these sheep, what have they done? Please let your hand, O LORD my God, be against me and against my father’s house. But do not let the plague be on your people.”

Rather than thinking of saving himself, David thought of the humble people–the sheep–all around him. He was a true intercessor, one willing to stand in the middle between God and his people, even if it cost him everything. And when David saw that the LORD answered him there, he bought that threshing floor to make sacrifice, and fire came from heaven. And David said, “Here shall be the house of the LORD God and here the altar of burnt offering for Israel.”

And yes, it was on this Mount Moriah that Abraham came to sacrifice his son; on this mountain that Jesus the son of God became our sacrifice; and on this mountain, Isaiah said, God will “swallow up the covering that is cast over all peoples, the veil that is spread over all nations. He will swallow up death forever.”

What a story has been entrusted to us! In her book Christianity is Jewish Edith Schaeffer wrote of sharing this, the greatest story ever told, with a Jewish dentist. He listened to the whole sweeping account, and responded: “For thirty years I have been a dentist in this city. For thirty years I have had Gentile patients. Why has no one ever told me this before?”

Today I exchanged texts with Johanna, one of our young coworkers who was called back to Germany last week due to the coronavirus.

Friends, are we also thinking in these days about how to draw attention to Jesus? This is our hour. Our Father has chosen that we would be on this earth at this time. Through many experiences he has prepared us. Let’s think not of ourselves, but of the sheep around us. And let’s rise to the occasion.