The same old traffic jam was back on the way to our Jaffa base this morning. Schools and workplaces are reopening, and people are nearly free to move about now in Israel. There’s growing and irresistible pressure here (as is likely wherever this letter finds you as well) to get back to something closer to normal.

We’re hoping flights will resume in the Middle East by the end of this month, which will be good news for the 11 Iraqi and Syrian families still with us. Four of them are eager enough to get home that they’re hoping we can get them across the border into Jordan this week for a special repatriation flight. 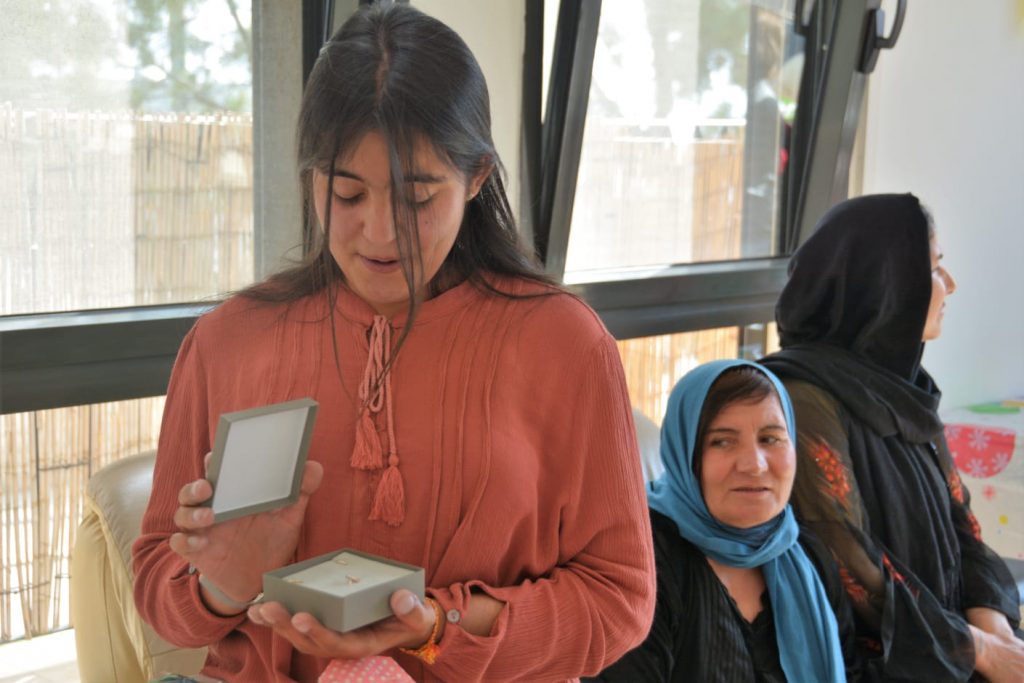 Precious Khonav above was beaming last week at her 15th birthday party, but weeping today that she can’t join the traveling families. Doctors at the Sheba Medical Center want to do another heart catheterization this week before clearing her to go home to the mountains of northern Iraq.

Friends, as people gifted with faith what is our message to those around us in despair during these days? The Jaffa community was so encouraged today when our brother David sent us this link to video of a broad coalition of churches singing the Aaronic blessing over the UK. It’s glorious, and since its release just 12 hours ago has already been viewed a half million times. I know you’ll be inspired if you click below to watch: 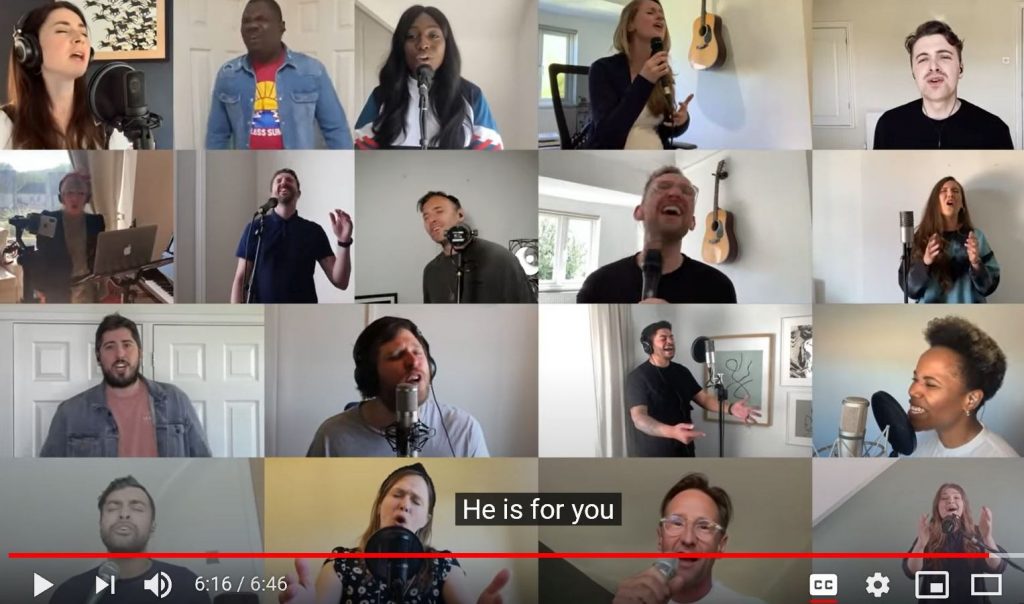 And what a victory this week when baby Mahmoud returned home to the Gaza Strip after three months at Sheba! Most of that time doctors feared they were losing the fight for his life, but thank God they never gave up. From Georgia’s discharge blog “Freedom!”:

Today was that long awaited day! Mahmoud’s grandmother was the picture of happiness as she proudly carried him down the corridor, with many other mothers, grandmothers and aunties bidding her farewell after three months of being here at Sheba Medical Center. 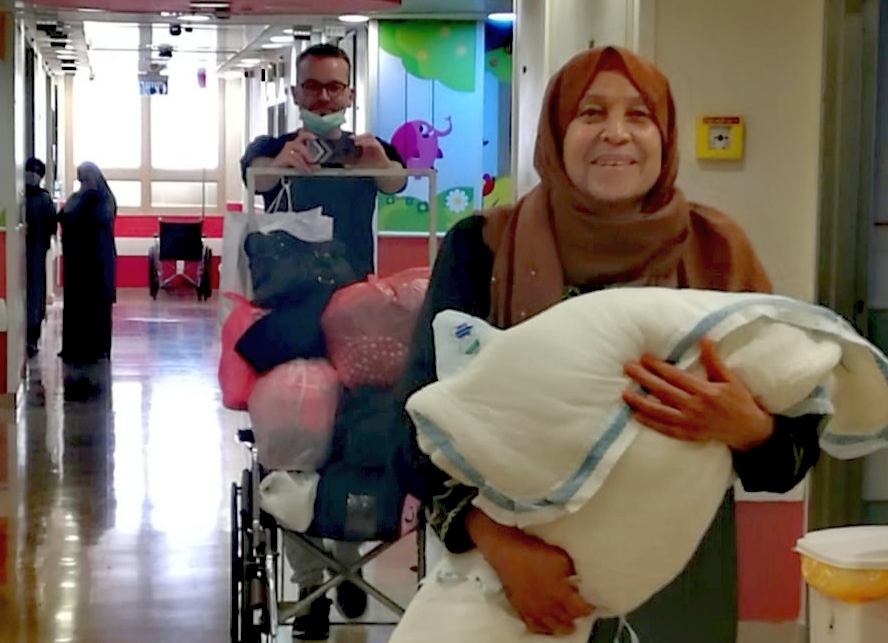 We faced a small ‘problem’ being that the special milk which Mahmoud is drinking is not available in Gaza. The hospital was not willing to discharge them until this issue was sorted out. I prayed a lot about this, as I thought I can’t bear to disappointment this lovely lady by telling her that she has to stay in the hospital for any more time. Thank God after quite a few closed pathways in obtaining a supply of this milk, the pharmacist at the hospital arranged for another pharmacy located on the way to Gaza to keep a few boxes for him. This was so good to hear after so many obstacles.

When we confirmed to the ward staff that his milk was available, they agreed to release him. As they prepared all the medications, another three boxes of milk appeared! We all exchanged eye contact and agreed that this must also be for Mahmoud…thank you God!

As we left the hospital, his grandma exclaimed “freedom!” and cheered as we made our way to the car where Mahmoud was waiting with Shevet co-worker Markus. 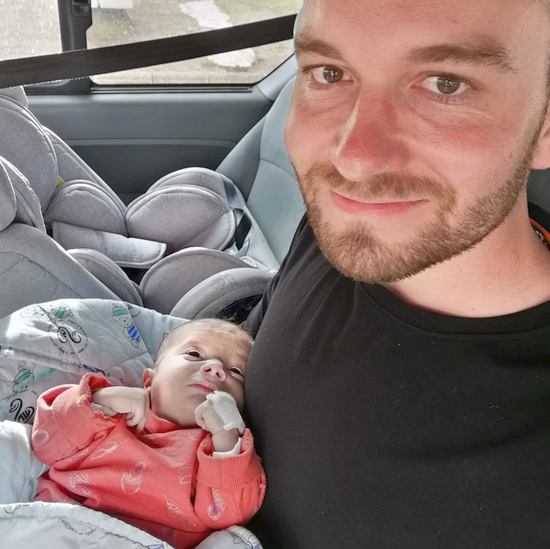 Thank God for the story of Mahmoud’s life and safe return to Gaza. He was just two days old when he left Gaza for Israel, and now he will return to his family to be very much enjoyed by them there.

Try to absorb the fact that for that three-month hospital stay we’ll still only be paying the same fixed amount, less than half the price of a normal heart surgery in Israel. What partners God has given us!

And as friends who care about this land and the peoples in it, we should realize that during these days an almost inconceivable turn of history is coming into focus right before our eyes. I still remember walking through the hushed Nahlaot neighborhood in Jerusalem on the August night in 1993 when stunned Israelis gathered around their televisions to learn of the secret Oslo agreement. It seemed an irreversible process had begun which would result in division of the land into two states.

Yet 26 years later governments have arisen, both in Jerusalem and in Washington, who are actively preparing to annex to Israel this summer large portions of the West Bank. Only the grand chessmaster of history could have seen this coming, and in fact it appears he did. The marvelous promise of a new heart and a new spirit for Israel in Ezekiel 36 is actually predicated on their restoration to the mountains of Israel, the biblical heartland where the soon-to-be-annexed settlements are located:

But you, O mountains of Israel, shall shoot forth your branches and yield your fruit to my people Israel, for they will soon come home. For behold, I am for you, and I will turn to you, and you shall be tilled and sown. And I will multiply people on you, the whole house of Israel, all of it. The cities shall be inhabited and the waste places rebuilt. And I will multiply on you man and beast, and they shall multiply and be fruitful. And I will cause you to be inhabited as in your former times, and will do more good to you than ever before. Then you will know that I am the Lord.

People on all sides agree that if this annexation goes forward it will be the end of the two-state solution, and there will be only one state west of the Jordan River. What’s significant is that there are both Arab and Jewish voices which seem to welcome this prospect. No one knows what it would like like, and it seems impossible that it could work. Yet as people of the new covenant we might ask if Paul’s vision (in Romans 11 and Ephesians 2) of unity between Jew and non-Jew does not offer some hope that, under the Prince of Peace, Ishmael may indeed “dwell in the presence of all his brethren.”