On my laptop I have a piece of paper taped by the keyboard, with a quote from the Chronicles of Narnia: “But even a traitor may mend, I have known one that did.” These words were spoken in the third book by Edmund, speaking of himself–mended because the true king of Narnia went to die in his place. These words are among the most profound I’ve ever read; that is part of the genius of C.S. Lewis, who illustrates deep biblical truth in children’s stories. I have these words written in a place where I see them often because I need to be reminded that the price of my redemption was Jesus’ death in my place. We are the traitors whom He mended.

As our community studies Acts this week we read of Stephen’s martyrdom, a key moment in salvation history. As Stephen was dying he prayed something similar to what Jesus did at his death, “Lord, do not charge them with this sin.” We are then told that Saul as consenting to Stephen’s death. At this point in our discussion Jonathan pointed out that it is most likely Saul himself who told Luke about Stephen’s speech and death, and that he was there, approving of it. Yet the one who was present at Stephen’s death was the man who would later go on to write, “Messiah Jesus came into the world to save sinners, of whom I am chief.” The man who partook in Steven’s death would also be the one to take the message of salvation to the Gentiles, and many of his letters to the early churches became foundational in the canon of Scripture.

A few of us at the Jaffa base have just finished watching The Chosen, a crowdfunded series about the life of Jesus. It depicts Mary Magdalene’s deliverance from demons by Jesus, and when the Pharisee Nicodemus asks her what happened she told him this: “Here is what I can tell you, I was one way and now I am completely different, and the thing that happened in between was Him.” This is true of every person who encounters Jesus. Traitors mended, sinners redeemed, and the mercy of God triumphant with every lost soul enveloped in it.

As we stand immersed in the mercy and goodness of God, let us come to him with praise and petitions, with open hands and open hearts. Thank you for joining with us in praying for these precious kids.

It was initially a celebratory start to the week as Mimi was discharged to Jaffa on Sunday after two surgeries. But Monday came, and her oxygen saturation was very low, and she also was presenting chest congestion. Colin took her to the cardiac clinic, and the doctor wanted to admit her to hospital, which first meant Mimi would need a corona test.  Mimi, her mum, and Colin braved an eight-hour waiting period within the walls of a room in the respiratory ICU until the test came back, thankfully, as negative. Since then her oxygen levels have improved somewhat and she is on a general ward floor for continued observation: 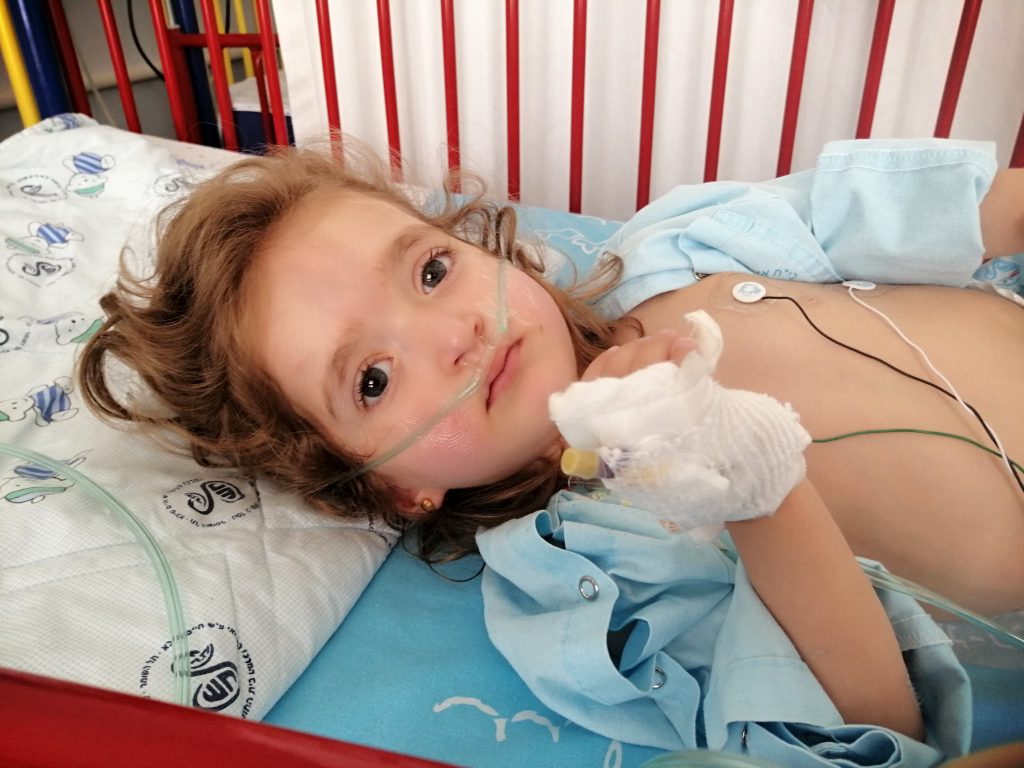 Mimi is a complicated case and has had a harrowing journey thus far. Her mother often thinks of the words of the doctor who spoke with her after Mimi’s first cath: “You have a long road ahead of you.” And though this is true, the Lord is their guide. He knows every part of their journey and how it will end. For them I think of and pray the lyrics from the hymn “In Christ Alone”:

No guilt in life, no fear in death this is the power of Christ in me
From life’s first cry to final breath, Jesus commands my destiny
No power of hell, no scheme of man can ever pluck me from his hand
‘Till he returns or calls me home, here in the power of Christ, I’ll stand.

Please also be praying for Khonav. She was discharged on Friday after an interventional cath, which placed a stent to widen her shunt which had narrowed. Also they observed that her coronary arteries had grown, which may mean she could have a second surgery soon. She has an echo next week to see her progress. 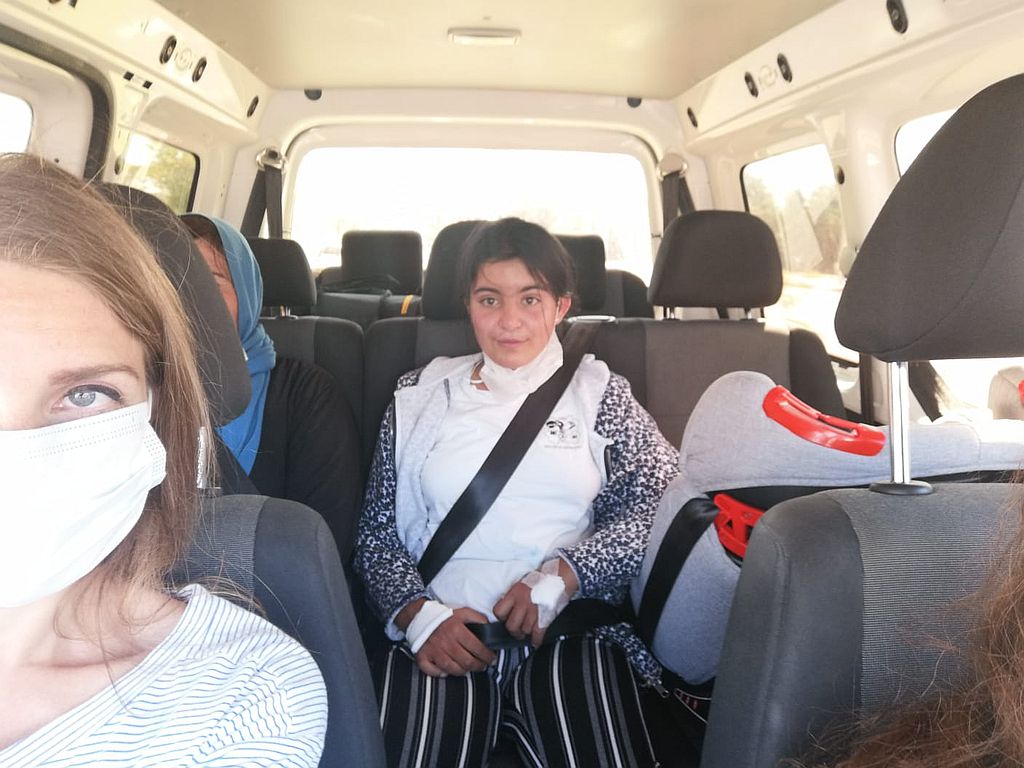 For Khonav, too, it has been a long journey. She has been here since the middle of December, so please be in prayer for her and mother. They are so beautiful, and honestly I don’t know many people who could endure this waiting and still maintain the radical kindness of Khonav and her mum. Please pray that whatever outcome happens, it would be the best for Khonav. We ask our Father to give wisdom to the doctors as they examine her case and decide what to do, and that He who created Khonav would also make it possible for her body to be completely restored. We ask these things for our precious sister, Khonav (alternatively nicknamed Koko).

Two year old Ziad from Gaza had surgery on Sunday. The surgeon came out after about seven hours and was very happy with the results of the full correction they did. They left a small hole in his ventricle to help the work of the heart. But since then, Ziad has had a very hard time recovering. He is still intubated and may yet need a surgery following this one: 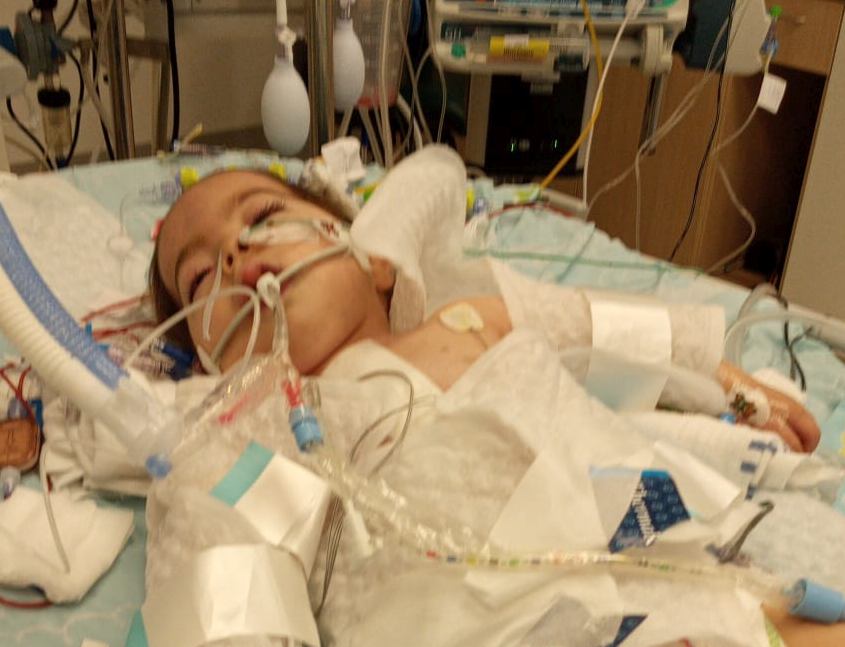 He and his mum are very special to me, since Georgia and I spent many hours that first day waiting with them for their corona test results. She is so committed to her son and his care. Please pray for strength for her to face each new day and for precious Ziad, may the Lord preserve his life and that they can go home tasting His goodness.

Another two-year-old from Gaza, Hassan, who spent most of last summer in the hospital came back this week. The first thing I said when I saw him was that he has become so big, even compared to this past January when I saw him last! 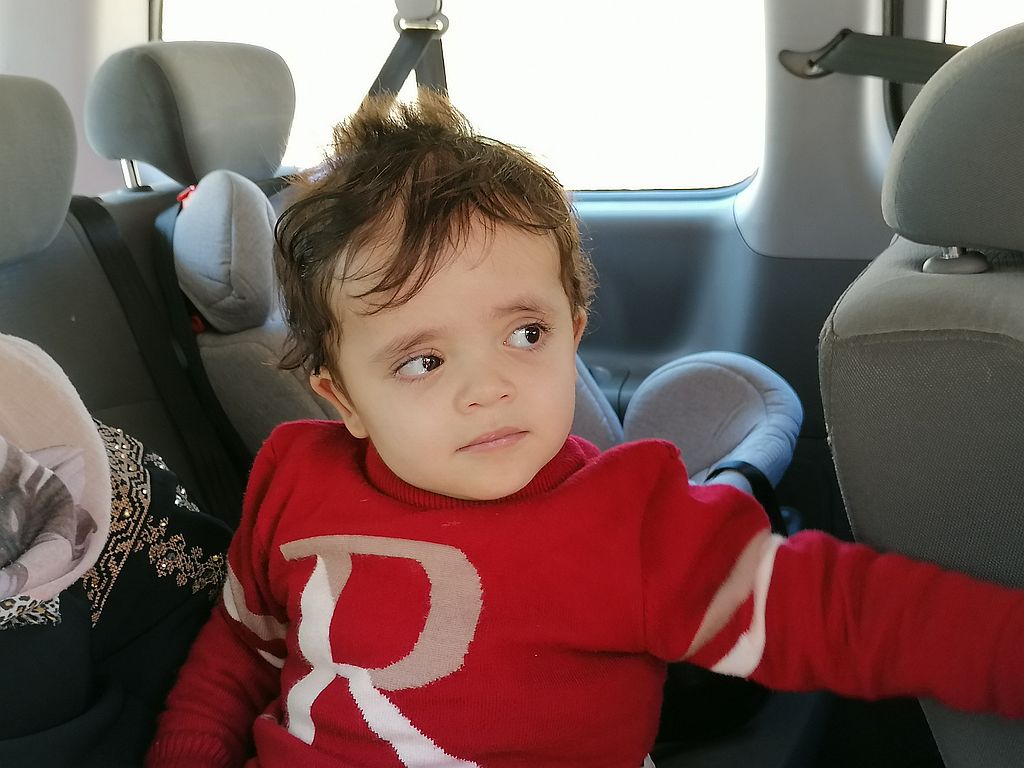 His faithful, steadfast aunt, is also his guardian for this time as she was for the time before. Yesterday he had the Glenn operation, and has since been extubated only to be re-intubated. In his short life Hassan has had over five operations, so please pray for this sweet boy, that there would be no complications in his recovery from this surgery. Praise God that even in the midst of the coronavirus, he could still come out to Sheba for treatment.

The Jerusalem guest house yesterday received three families, Iman, Mohammed, and Lawi, the first group to go up from Jaffa in almost two months. Please be in prayer for Margarita, Claudia, Berith, Jonathan, and Michelle as they host and work to make this time special for each of these families. 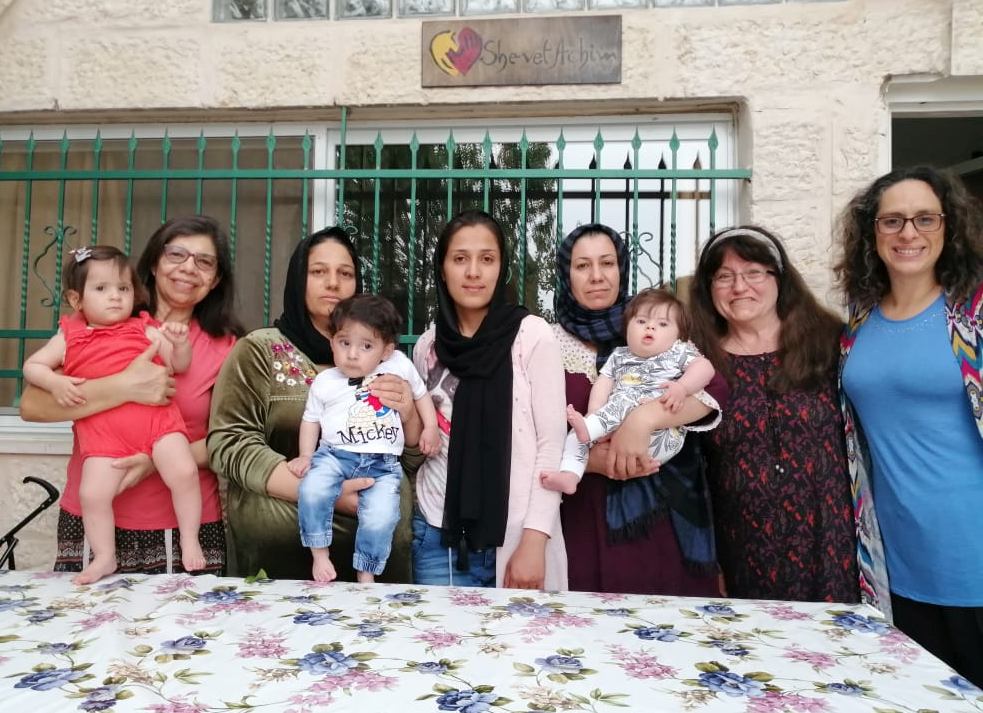 We pray that the Spirit would be working within them as they visit the sites central to world history and take time to process and contemplate. We also know that this is a restorative, private time for them as they’ve been sharing the Jaffa house at full capacity for many months, but in Jerusalem there is reprieve and quiet. Above all no matter where they go, we pray there is rest for their souls in Him who gave himself to save them.

I want to end this update in a spirit of thanksgiving. Last night eleven of us sat around our dinner table in Jaffa, all talking and laughing, I mean really laughing like deep belly laughing at jokes we all shared in. The sun was setting and River (Amar and Lindsay’s one-year-old daughter) and Paula (Julio and Luzma’s five-year-old daughter) were playing out on the porch, and our dog, Shevie, was lying curled up peacefully on the couch. The air was warm, which hinted at the hot temperatures sure to follow next week. I’ve never written of how much of a gift the staff is, in Jaffa and also in Jerusalem. As we’ve been nearly constantly with one another for these two months of quarantine, it’s shown the love we have for one another is not fleeting or fickle, it is real and deep, as Paul wrote to the Colossians: “And above all these put on love, which binds everything together in perfect harmony. And let the peace of Messiah rule in your hearts, to which indeed you were called in one body. And be thankful.” It is a privilege to serve alongside every one of these people I am blessed to call family.