This morning I had to tell our partners at the Sheba Medical Center that baby Mahmoud has died back in Gaza. The Sheba team fought for his life from his arrival in Israel as a two-day-old at the end of January, until he was finally well enough to go home at the end of April: 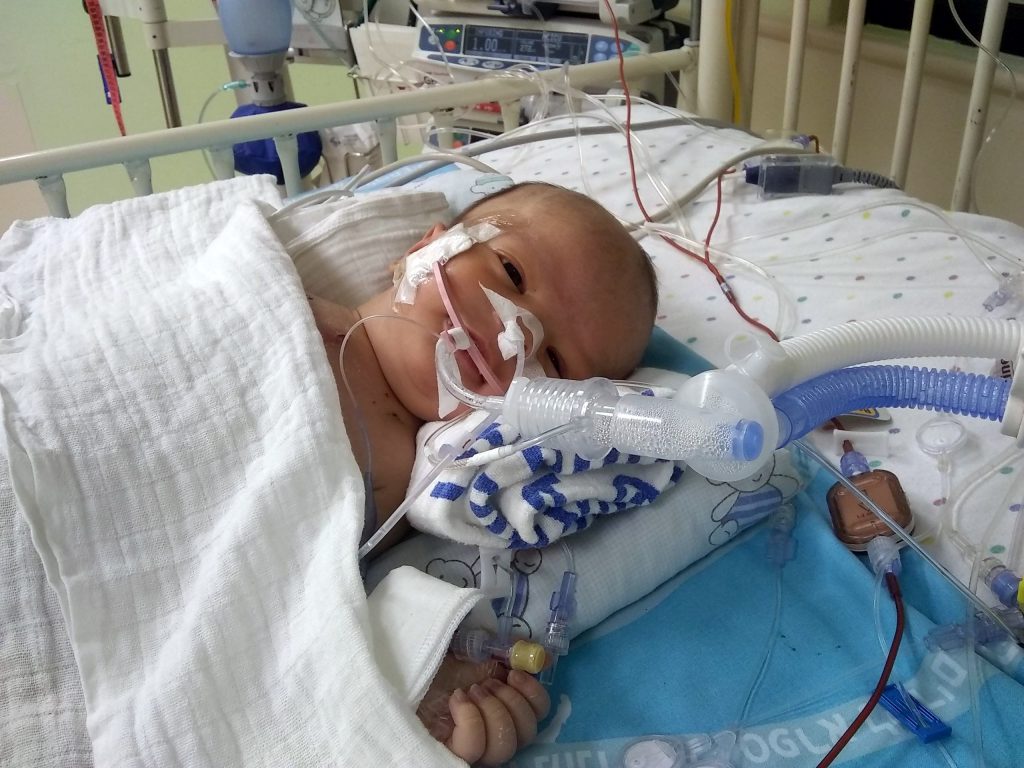 Dr. Ben, a geneticist at Sheba, responded to my email in less than 20 minutes:

I’m very sorry to hear these tidings. The half of the glass that is full–and here my deep thanks to you all–by means of the genetic examination that we carried out for him with your kind help during his hospitalization, we reached a molecular diagnosis of the cause of his condition, and as a result his parents will be able to go forward with prenatal diagnosis in future pregnancies. Thank you for your blessed work.

Ben went out of his way to call the family and discuss the genetic results just two days before Mahmoud died. The kind of work-up he did is one of the few things not covered by the discounted package price the hospital gives us for heart surgeries; and when we see how hard the doctors are fighting for a child’s life, sparing no other expense, we almost always agree to cover the extra approximately $1000 for the genetic exams if doctors feel they could be of practical benefit. (We also believe that our Muslim neighbors are less likely than our home cultures to use these results for the purpose of aborting future pregnancies).

Around the Jaffa community table tonight we grappled with the question of what our Father was doing in Mahmoud’s life. The one thing I could say is that his family knows that they and their son were loved and valued. Death is temporary. Love is eternal.

And looking through the blogs that have come in tonight, I’m struck by how many other messy, frustrating battles the Sheba doctors are waging simultaneously for other Gaza children.

There’s two-year-old Hassan, who Colin found today slowly bouncing back after his fifth surgery (not to mention four catheterizations): 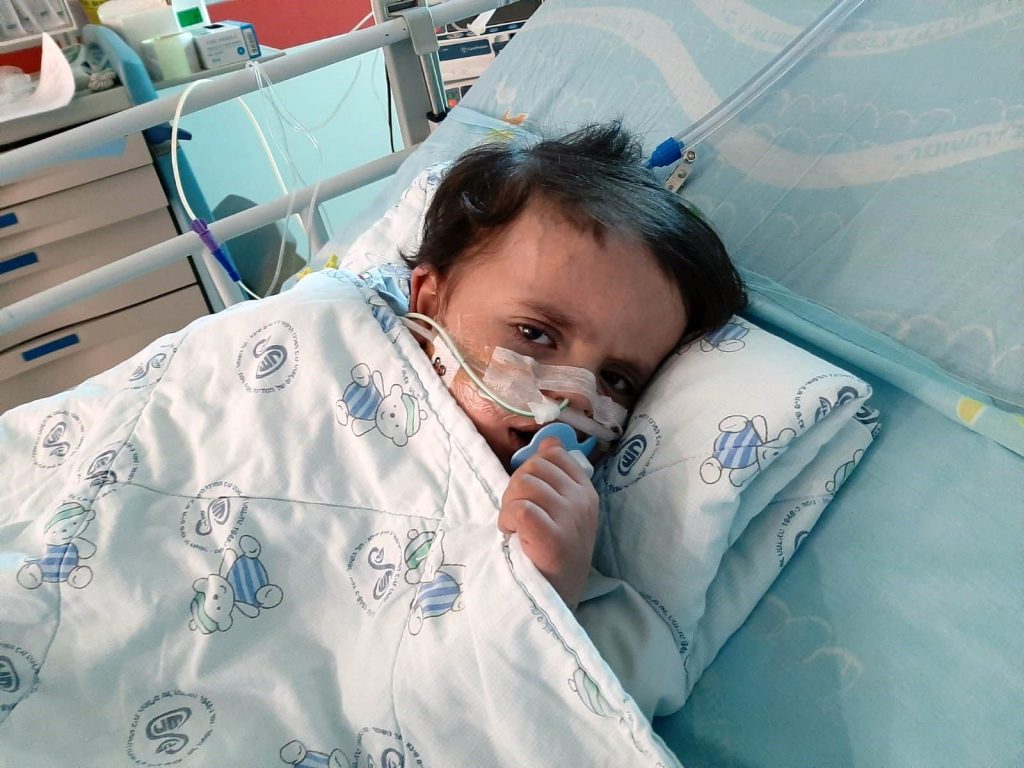 And then there’s Ziad. Two other hospitals turned him away because his condition is so complex; Sheba took him on for a catheterization followed by a challenging heart surgery two weeks ago. Today Alena found him finally breathing again on his own, thank God, and awaiting yet another cath as well as a surgery on his colon (all included in the low package price): 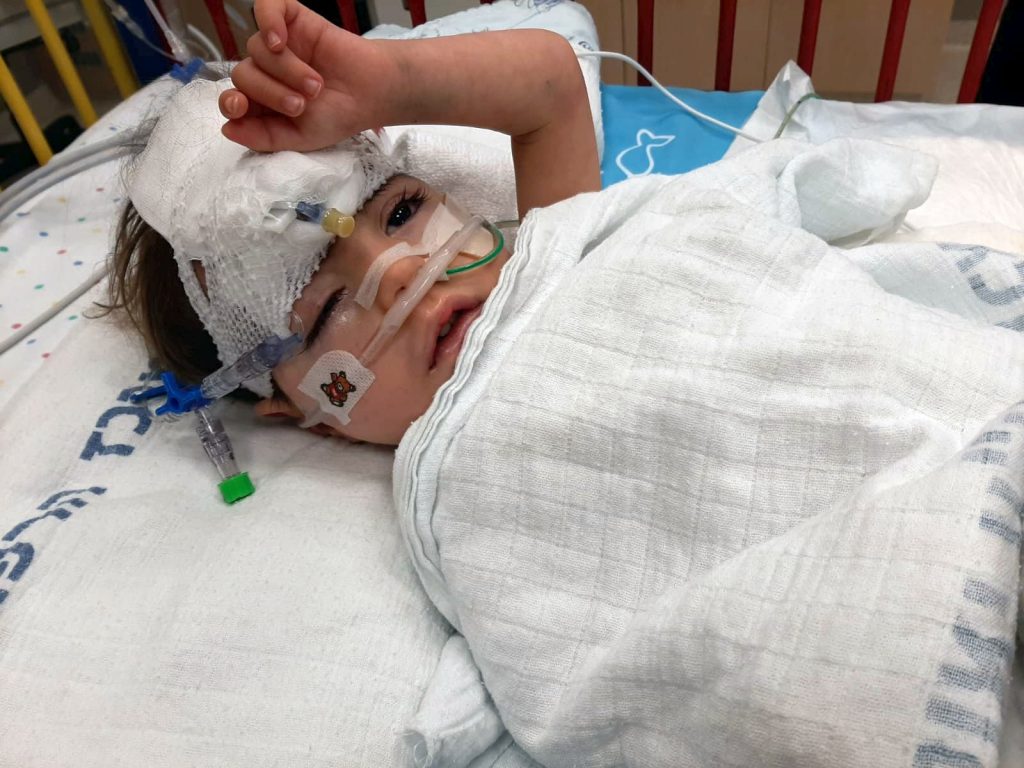 And it’s been our joy to keep newborn Ahmed from Gaza with us in Jaffa this past week as doctors opened up space in their schedule for his complex surgery tomorrow (on the heels of last month’s emergency life-saving catheterization): 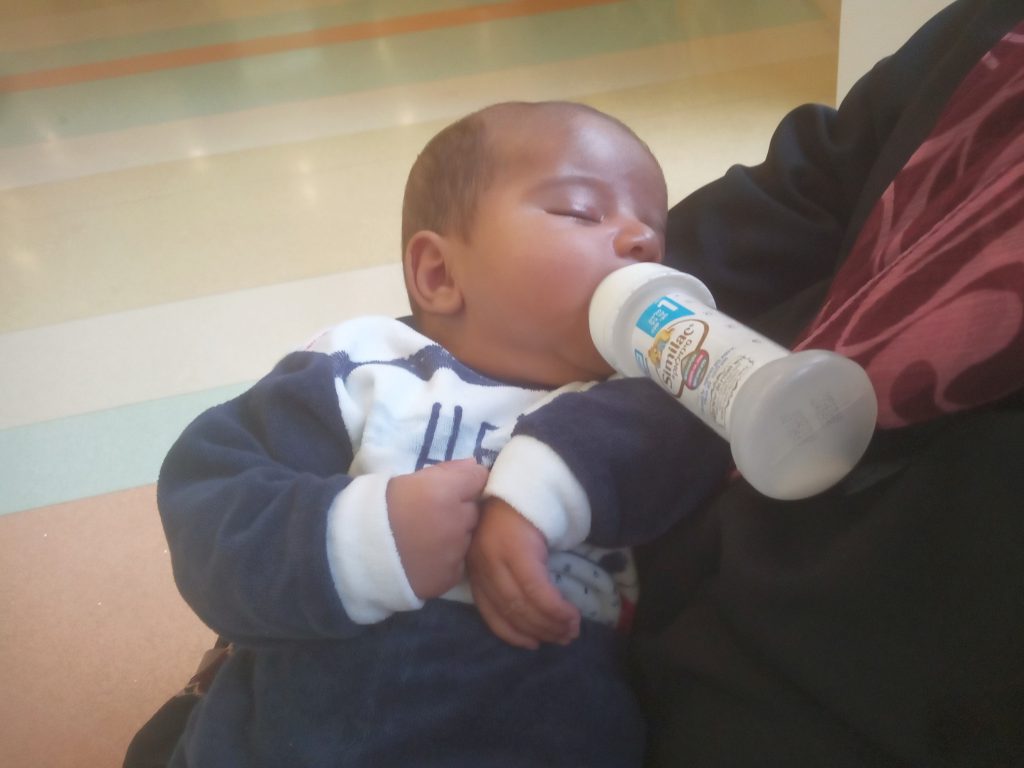 And it’s not just Gaza kids. Maryam from an Assyrian Christian family in northern Iraq has been through two surgeries and a catheterizaton since reaching Israel three months ago. Now after much evaluation she is preparing for another cath and possible a third major surgery: 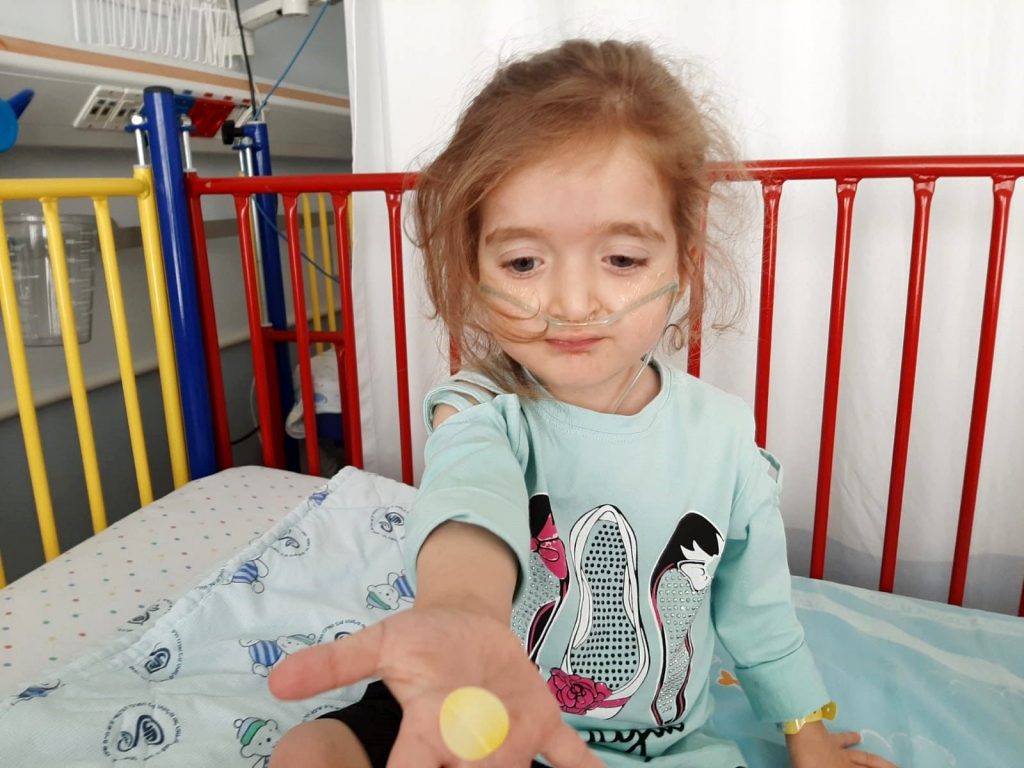 Shall we continue? Our precious Asmaa from a poor family in Kurdistan has been through three surgeries and so many blood tests and exams–and today on Eid Al Fitr marking the end of Ramadan came the news she is well enough to go home! 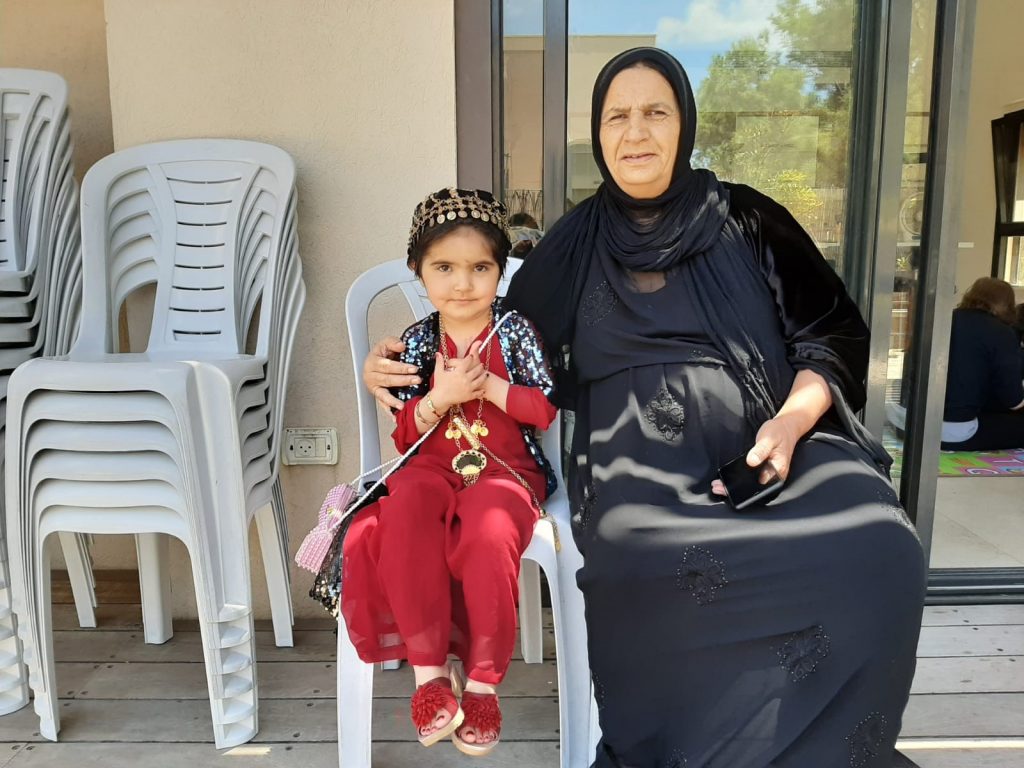 Friends, the plain truth is that hardly any heart center in the world would take on these costly, draining, and risky cases. There’s something special, even miraculous going on here. We often hear that if we bless Israel we’ll be blessed. But if an Israeli hospital blesses its neighbors, they too will be blessed. Let’s believe for rich blessing for Sheba Medical Center, and for the release of resources to allow them to continue.

We can be directly part of God’s provision to Sheba. Last week I wrote you of our goal to send $159,000 to Sheba by the end of June to fulfill our commitments toward 2019 surgeries. As of tonight we’re down to just over $150,000 still outstanding. And we’ve received assurance this week of that mysterious spiritual law which we see operating again and again in the scriptures: if we give freely whatever we have, no matter how small, our Father will multiply it.

Think of the widow who made a meal for Elijah when she and her son were starving to death. Or the only miracle recorded in all four gospels: a child’s five loaves and two fishes feeding a multitude of 5000. Would you join with us this week in giving what we have, praying, and sharing the story with others?

This is exactly how the Shevet Achim community was born, and I don’t believe the Father is done with us yet.

Finally this week, did you forget like me that Thursday was Ascension Day, the day that Daniel foresaw in a vision in Babylon, five centuries before Jesus went to the right hand of the Father:

and behold, with the clouds of heaven
there came one like a son of man,
and he came to the Ancient of Days
and was presented before him.
And to him was given dominion
and glory and a kingdom,
that all peoples, nations, and languages
should serve him;
his dominion is an everlasting dominion,
which shall not pass away,
and his kingdom one
that shall not be destroyed.

Well the good news is that we still have one week left in the countdown to Shavuot/Pentecost next Sunday (although the rabbinic/pharisaic tradition will celebrate it on Friday). We dare not overlook it friends. This is the anniversary of the day the risen Jesus poured out his Spirit on all flesh from the right hand of the Father. This is our life, this is our treasure, this is our power to serve, this is our power to love.

Let’s prepare our hearts this week.