The one who has the bride is the bridegroom. The friend of the bridegroom, who stands and hears him, rejoices greatly at the bridegroom’s voice. Therefore this joy of mine is now complete. He must increase, but I must decrease.

The ministry of John the Baptist was decreasing, and that of Jesus was growing; people were following the one for whom John had come to prepare the way. John paints a very vivid image when he uses the analogy of wedding. Since my only sister Alicia got married in 2018 I find new depth and meaning to his words. I was her maid of honor; basically John was Jesus’ best man.

The summer leading up to Alicia’s wedding included preparatory events like the bridal shower, and then the weekend of the ceremony was the intense decorating and run-through of the vows. Then the day finally came. And her joy was reciprocal to mine, the happier she was, the happier I was. One of the greatest privileges of my life was to be involved in her wedding.

I don’t think John uses the friend of the bridegroom illustration randomly. Jesus calls himself the bridegroom in Matthew, Mark, and Luke. Paul will also draw on this image later on. John is the friend who came to stand alongside and prepare things so that the marriage can take place. Who then is the bride? The ones for whom he died. The joy of bringing his people into his kingdom was why he endured the cross, as Hebrews says. And then there is the final marriage supper of the Lamb that John’s Revelation describes, the wedding party to end all parties, when heaven and earth are restored, and somehow the world is even more beautiful than before sin had marred it.

I picture John watching crowds who once followed him now following Jesus and he probably felt a little like I did when I watched my sister and her husband leave for their new life together after the wedding; the joy was overwhelming, and yet so was the realization that life would not be what it had been before.

And that is true to what happened. Jesus came and his life, death, and resurrection changed the world, and the lives of every individual believer that has ever lived. The gospel changes everything.

For us as we pray, may we think of this relationship we have to God. He is not a tyrant who we have to convince to do the right thing, but He loves us in a way that the perfect bridegroom would love the bride: selflessly wisely, and sacrificially.

Please be in prayer for Ziad, who had a difficult catheterization this week. The doctors were able to dilate his pulmonary artery, but his lung pressure remains high. They had to resuscitate him during the cath, and afterwards again as his mother witnessed. Since yesterday he has been successfully extubated, so that is a victory that he can be without mechanical ventilation. For this we can give thanks and still pray for his life. 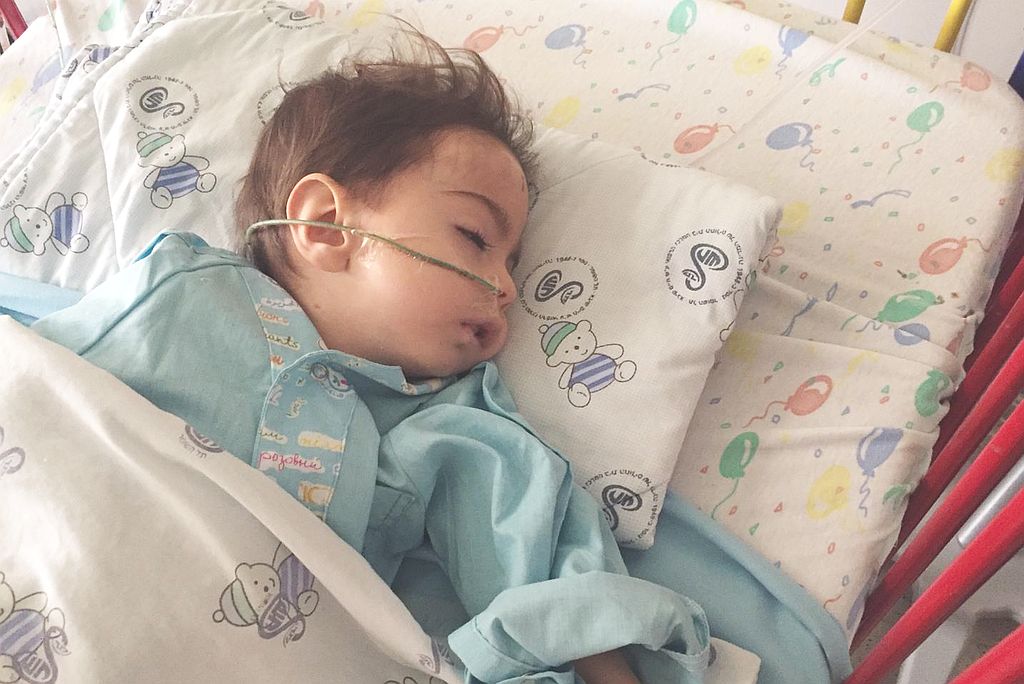 God has brought him thus far through such a precarious state, we can ask our Father to see him through to full health. Please also pray for his beautiful mum as she endures the indefinite waiting. She said we need patience, and I told her that is exactly the right word for the hospital. 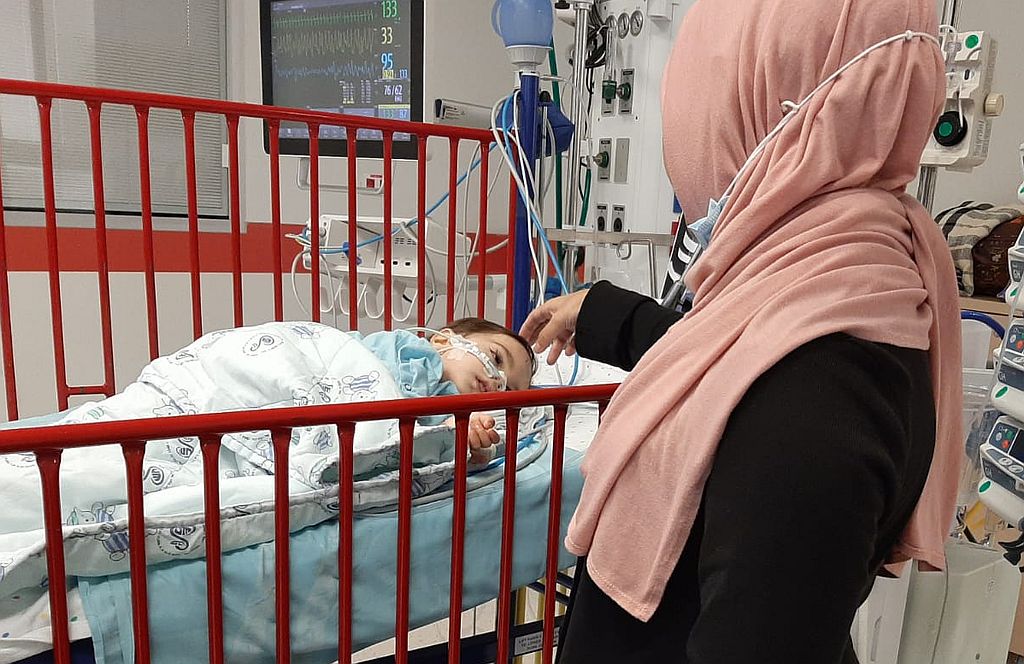 In the waiting and even when patience wears thin, may we be a testimony to her that the Lord sees her and has not abandoned her or Ziad. As Hagar said, “You are a God of seeing…Truly here I have seen him who looks after me.”

Maybe no one understands the patience required to endure a long stay at the hospital like Hassan’s auntie. He was moved to the general ward this week, but yesterday went back up to the ICU due to his oxygen dropping and difficulty breathing. For Hassan, the path is never straightforward, and it is really sad to see the toll that his many surgeries and still many difficulties have taken on him, physically and mentally.

Please be in prayer that God would work in his body to heal him and take away all of the symptoms that are plaguing him again. Please also pray for his beautiful aunt who is sacrificially giving of herself to him. Not just in being away from home for his sake, but even as he needs a lot of comfort, her own body has been experiencing a lot of pain. The near constant standing by his crib has exacerbated a problem in her left side; please be praying that the pain medicine she has will substantially help to calm her pain.

Two other Gaza babies, Mohaned and Mina were discharged this week and are currently staying with us in Jaffa due to the quarantine restrictions in Gaza. It is a joy to have them here with us; usually we don’t get to know Gaza children outside of the hospital, but in these circumstances we do. Georgia and I already took turns holding Mohaned who is only three kilos and whose grandmother is one of the best women I’ve ever met. 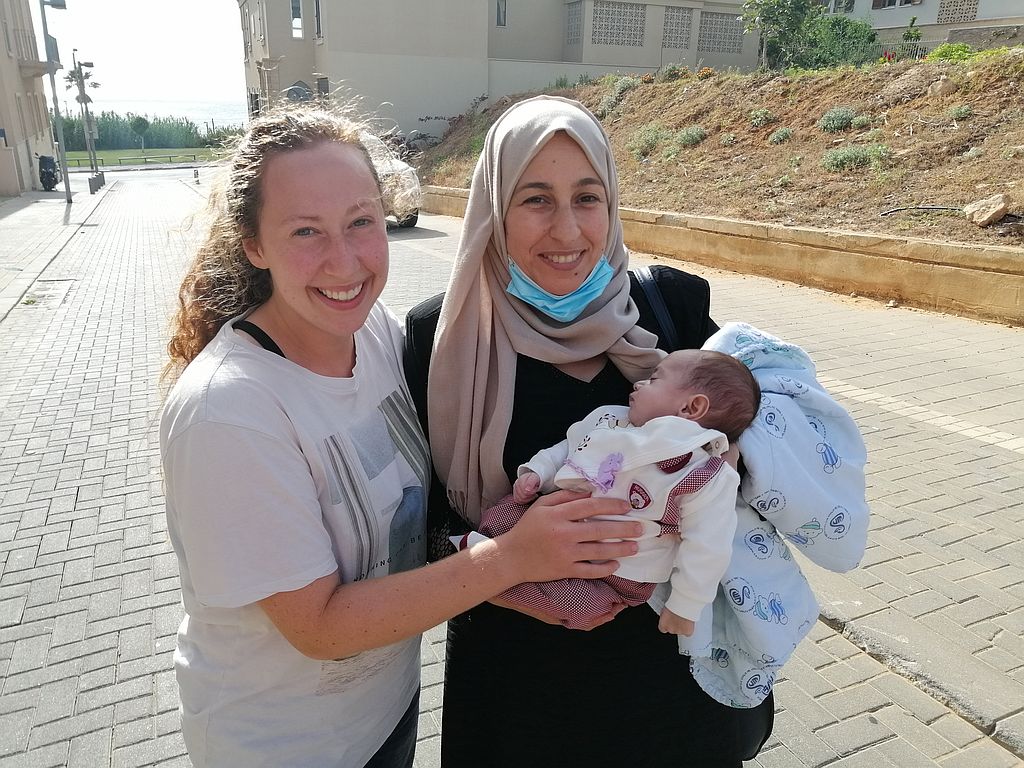 Our Arabic-speaking Muslim-background coworker Amar is also blessed to have time face-to-face with Gaza families, with whom he normally can speak only by telephone. Please pray that Mohaned and Mina will continue to recover and be stable until their next assessments, and that their guardians will experience the love of God through our staff.

Finally, our lovely Mimi was discharged from the hospital this week as well! It was a joyful reunion with many of her friends who were very excited to have her back:

The other mums also welcomed her mum back with open arms. They are beloved by our community. Mimi will need a checkup for her lungs and vocal chords, so please be praying that the issues there will be resolved. Already her voice, which was a few weeks ago not even a whisper, has started to return. We are glad to have them at the Jaffa base until the next steps for Mimi’s heart are decided; may this be a time of rest for them both.

Thank you for praying and giving for these beautiful lives. May God bless you.