Thank you for praying and caring for the three babies in Gaza, who as I wrote in last Sunday’s letter were refused transportation to life-saving medical care by their own government, as a form of protest against Israel’s proposed annexation. By God’s grace our Gaza coordinating team of Yousef, Amar and Lindsay persevered and Monday succeeded to independently arrange ICU ambulances and bring all the children to safety in Israel: 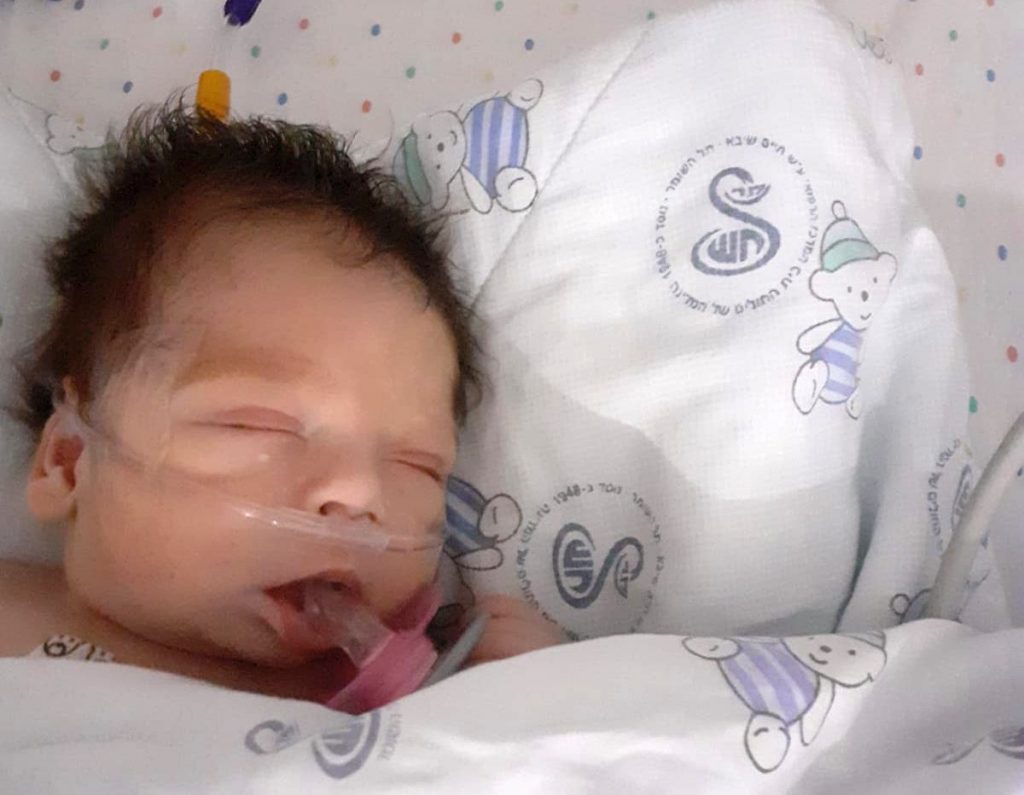 That’s newborn Khader, wrapped snugly in blankets emblazoned with the serpent logo of the Sheba Medical Center (think of the bronze serpent lifted up in the wilderness for healing).

And thank God, on Tuesday a Jesus-follower in Tokyo stepped up as a local leader to cover our share of Khader’s surgical expenses in Israel! Isn’t it beautiful to see how the gospel of the Messiah removes the barrier of separation between the nations?

Our communities in Jaffa and Jerusalem are living the reality of this, as the virus-related quarantines and travel bans are giving us uniquely-long periods of life together with families from Gaza, Iraq, Syria and Morocco. Here’s a report from Berith at the Jerusalem guesthouse, about a last act of service by our coworker Ruth before she returned to the UK today: 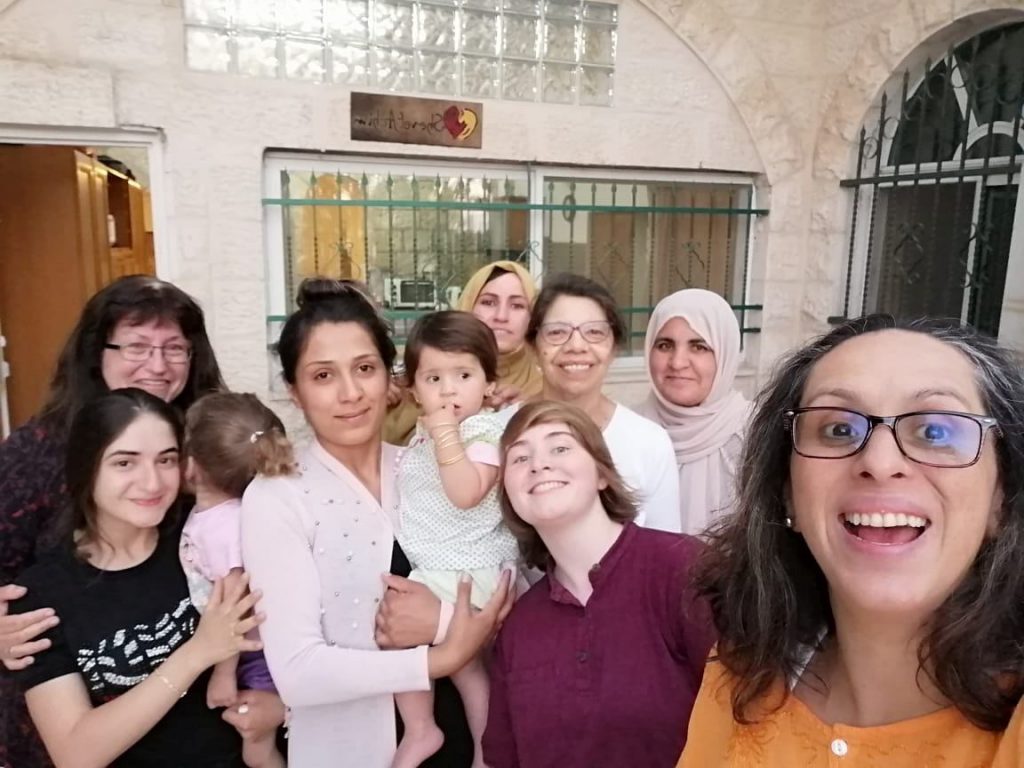 Ruth took the guitar and we started to worship when a grandmother from Gaza suddenly joined us in the kitchen. The Holy Spirit was present, and I stood close to the grandmother to let her see the words of the song. She started to cry, and I put my arm around her while singing. The power of the Holy Spirit flowed through my hands into her, and it was a holy moment. We ended with singing “The Blessing,” and  Ruth sent it to her in Arabic, and she cried. We also asked if we could pray for her, and she said yes! I had still my hand on her while praying, and the flow from our heavenly Father was mighty.

Friends, this is our faith and our hope, that the Spirit poured out by Messiah from the right hand of the Father can bring unity, healing and forgiveness–first between us and God, then between the peoples. How our world needs this message now.

And we need to be clear that it is only the Spirit who can bring this reconciliation, not political idealogies. Here’s an excerpt of a timely caution from Messianic teacher Avner Boskey in Israel:

A famous Dean of St Paul’s Cathedral once said, “He who marries the spirit of this age will find himself a widower in the next.” The Zeitgeist (spirit of the age) today champions leftist political perspectives. Some believers get caught in the undertow here and end up confusing Marxist Liberation Theology perspectives with biblical and prophetic perspectives.

Yes, there is no political solution–no matter how well-intentioned–to what are ultimately spiritual issues. Communist governments in Russia, and now in China, have attempted to bring the equality and unity of the kingdom of God through purely political means, and have instead harvested destruction, as the newly-released film “Mr. Jones” well documents.

And this week I came across a helpful essay from the UK which details how issues of racial pride in the modern era can in surprisingly large measure be linked to Marxism’s ugly 19th-century stepsister Darwinism and its denial of our Creator:

Today, most British people are, thankfully, pretty embarrassed by the racist rhetoric which undergirded the late-Victorian British Empire. What is astonishing is how little they understand that Charles Darwin and his theory of evolution provided the doctrine behind its white supremacism. Whereas the British Empire of the early nineteenth century had been dominated by Christian reformers such as William Wilberforce who sold badges of black slaves which proclaimed, “Am I not a man and a brother?”, Charles Darwin’s writings converted an empire with a conscience into an empire with a scientific philosophy instead…Christian reformers had spent decades in the first half of the nineteenth century teaching Britain to view non-European races as their equals before God. In a matter of years, Darwin not only swept God off the table but also swept the value of people of every race in God’s eyes off the table with him.

What a gift it is to be part of a community drawn from the nations, without distinction, working together in the Middle East to uphold the value of every child’s life, without distinction. “I now truly understand that God does not show favoritism,” Peter said when summoned from Jaffa to the home of the Roman centurion, “but welcomes those from every nation who fear Him and do what is right.”

“Behold how good and how pleasant is is for brothers to dwell together in unity” (Psalm 133).