Truly, truly, I say to you, the Son can do nothing of his own accord, but only what he sees the Father doing. For whatever the Father does, that the Son does likewise. For the Father loves the Son and shows him all that he himself is doing.

I said farewell to my bride yesterday after celebrating our 38th anniversary: 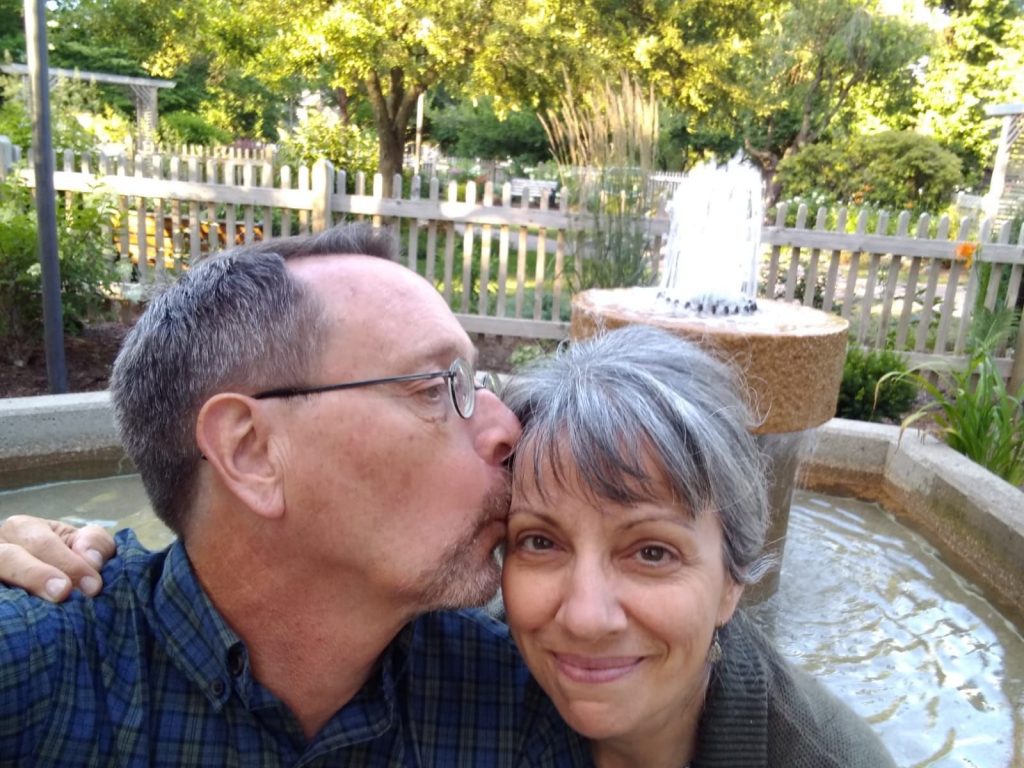 And in a few hours I’m due to board a flight in Newark to return to Israel. Non-residents are only allowed to enter Israel with special permission, and while I’ve been told verbally that we have it for our incoming staff, we’ve received nothing in writing. It’s a question whether I’ll even be allowed to board the aircraft.

So naturally I awoke this morning feeling a little anxious about what I should do to affect the outcome. Keep bombing with calls and emails the interior ministry official who isn’t getting back to me?

The words of Jesus are a light to our path. As the late Hebrew University professor David Flusser used to say, they can be summarized in one word: relax.

As long as we are in these bodies, we are prisoners of time and space who really have no clue of how we should walk into the future. We are totally blind to all the factors which only our Father sees. Why wouldn’t we relax and let him lead?

What happens tonight won’t affect only me. We have four other coworkers in the US and Germany who are waiting to travel and join our hard-pressed teams in Jaffa and Jerusalem: 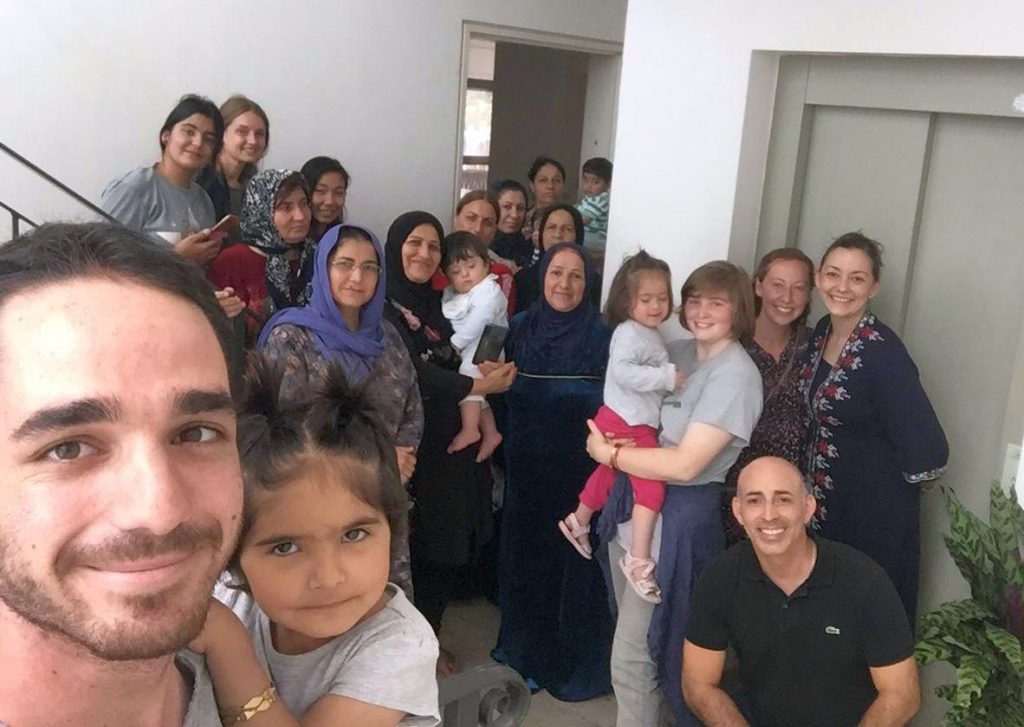 Only ten persons presently caring for some twenty families! Eleven of those families have long since completed their medical care and are longing to return to their homes in Iraq and Morocco. And with the addition of multiple Gaza newborns like Mohaned who can’t safely return home after their treatment in Israel, some needing isolation due to bacteria, our housing is full to overflowing: 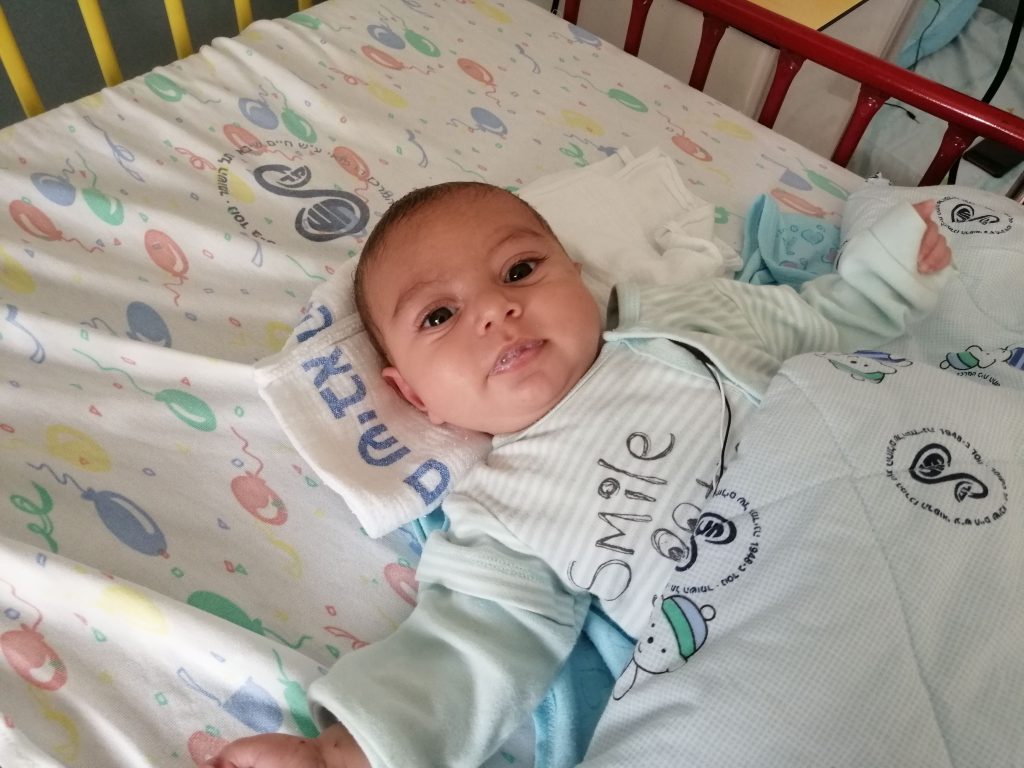 So our first response is to try something, anything. And our team indeed has been diligently searching for a way to get the waiting families home. But what set the ministry of Jesus apart was the way he would spend long hours alone seeking the Father before doing anything. Well indeed Isaiah spoke of him:

Would you join with me in waiting before the Father and asking for his wisdom concerning entry to Israel for incoming community members, and the return of the waiting families to their homes?

Let’s keep in mind that our goal is not just relief from difficult circumstances, but rather the coming of the kingdom of God. How is our Father working through the extra time we’ve been given with the waiting families? If we pray rashly we may even find ourselves opposing the work of God, to paraphrase the great Gamaliel.

And what our Father is working in the earth must include the potentially prophetically-significant decision taken in Turkey this week, as Hagia Sophia (“Holy Wisdom”), the spiritual seat of the ancient Roman empire until 1453, was finally turned back into a mosque by Erdogan’s Islamist government: 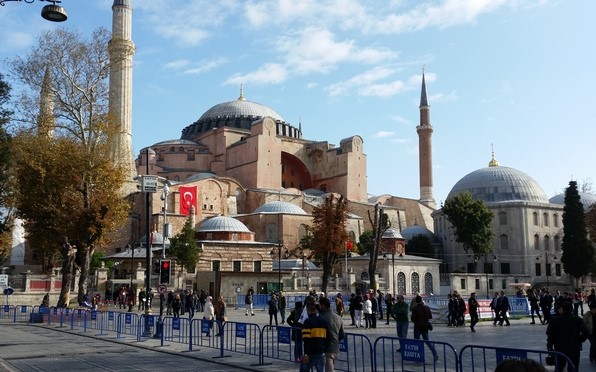 Erdogan’s subsequent speech Friday, “First Hagia Sophia, then Al Aqsa,” can’t help but call to mind Ezekiel’s vision of a coalition of presently-Islamist countries coming against Israel, led by a foe from regions with ancient names which are now part of modern Turkey:

The decision to change the status of the ancient Hagia Sophia church, which had been transformed into a mosque in 1453 and then into a museum in 1934, was made controversially last week. 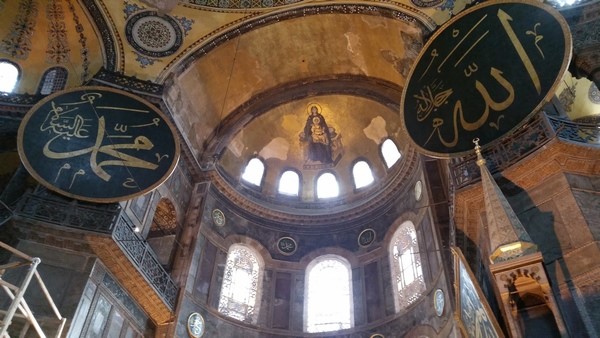 It follows an increasingly religious authoritarian agenda from Ankara that has made Turkey the world’s largest jailer of journalists, seen dissidents imprisoned for “terrorism” and witnessed increasing military invasions of neighboring countries by Turkey.

The speech, which was in Turkish, was translated slightly differently to Arabic and English, apparently as a way to hide part of Ankara’s full views on how it has linked Hagia Sophia to a wider agenda.

In Arabic the speech says that turning Hagia Sophia into a mosque is part of the “return of freedom to al-Aqsa,” essentially meaning Israel should be ejected from controlling Jerusalem’s Old City where al-Aqsa is located.

Turkey’s president linked the decision to reviving Islam from Bukhara in Uzbekistan to Andalusia in Spain. This terminology, linking al-Aqsa in Jerusalem to Hagia Sophia and Spain, is a kind of coded terminology for a wider religious agenda. In the Turkish translation the same reference to Spain does not appear to be included as in the Arabic.

Linking the major change at Hagia Sophia to Jerusalem illustrates that Ankara’s ambitions are far larger than just reasserting Islamic prayers at the historic mosque and church in Istanbul; it is part of a larger Islamic agenda for the region.

So what do such things mean for us and our families, even as disease and unrest are shaking the whole earth and our own corner of it? More excellent counsel comes this week from Avner Boskey in Israel in his essay “Discerning our future“:

God’s hand is outstretched to every believer. He invites us to follow Him and receive both wisdom and prophetic insight (Proverbs 3-4). If we immerse ourselves in the Scriptures and invest time with Him, He will speak to us, lead us and direct us. He will even show us what is on His heart and His agenda for the future…

Getting immersed in God’s word and getting pickled in His presence – these are biblical keys to hearing YHVH’s heart and discerning what He has to say about our future. Yeshua challenged the spiritual leaders of His day on these two points. He noted that some of them understood neither the Scriptures nor the power of God (Matthew 22:29; Mark 12:24). Today believers often choose to align themselves with one of these two camps – either the Scriptures or the power of God. Messiah wants us to choose both wings of the eagle…

Let’s sum up those principles:

Yes friends, the Father who had a specific strategy for Jesus also has one for us. Before the foundation of this world he intended for us (of all people) to be here at this time. What a calling! Imagine the eyes of the saints of history upon us, for without our participation Hebrews 11 tells us they themselves cannot be brought to perfection/completion.

Let us then be alert, listening, and ready to act–not in our own strength or wisdom–but by the spirit of the LORD.