After I wrote you last Sunday I left for the airport for my scheduled flight to return to Israel. I entered the departures hall with some confidence, went to a kiosk, and just succeeded to type in my name and reservation number. Red lights on the kiosk started flashing and airline personnel were summoned. I half expected a net to drop from the ceiling.

My protestations that I had verbal permission to enter Israel fell on stony ears, and within half an hour I left the airport defeated.

Those low moments, when we feel foolish and humiliated, are such a good opportunity to grow in our faith. I realized that the words of my letter to you–about relaxing and trusting God–were on my lips, but not so much in my heart. I had to choose again to endure the shame, and to believe that there was a good purpose in all that my Father allowed.

Only in long hindsight does that usually become clear to us. But I can already claim some blessing from the airport experience. I gained more time with my daughter Rebekah and her family in New York. I doubled the number of dinners I have cooked in my lifetime, from three to six. And maybe my relationship with the young orthodox man who oversees the Israeli visa authorities has grown, as I tried to bear these perceived indignities without complaining or changing my tone toward him. On Tuesday night he sent the written permission for me and two other coworkers to return to Israel; Thursday night I made it through the gauntlet to the airplane, sank into a window seat, and soon the heavens opened and the journey eastward began: 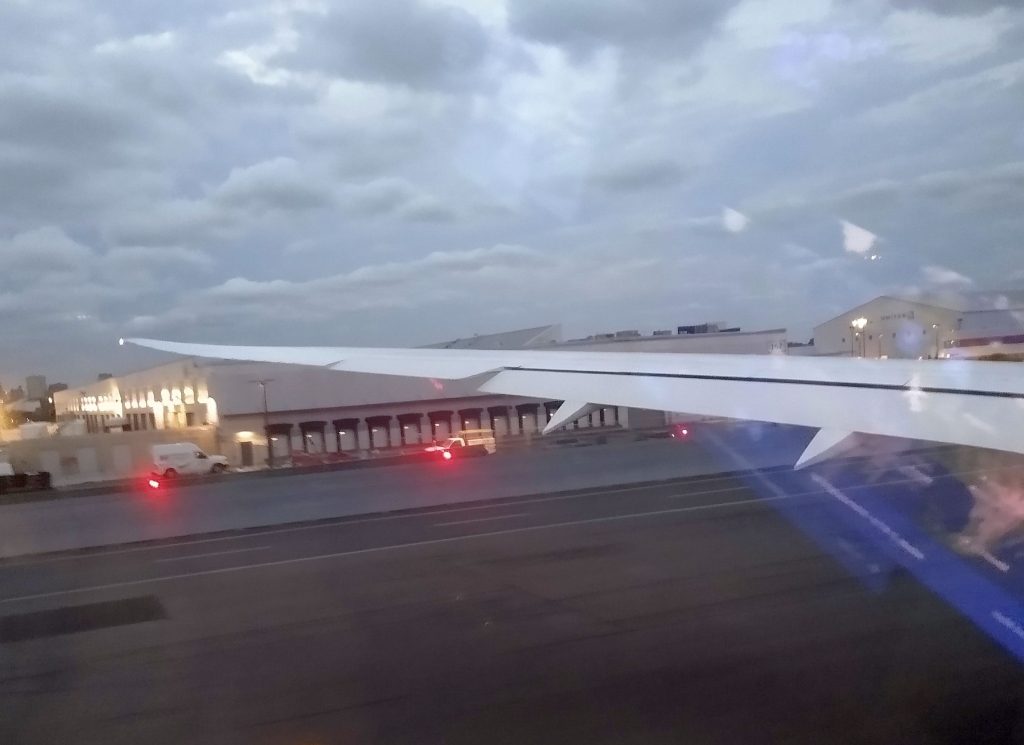 I reached Jerusalem, praise God, in time to see the the familiar cross atop the Church of the Ascension blazing like a torch from the sun’s last rays as Shabbat was starting: 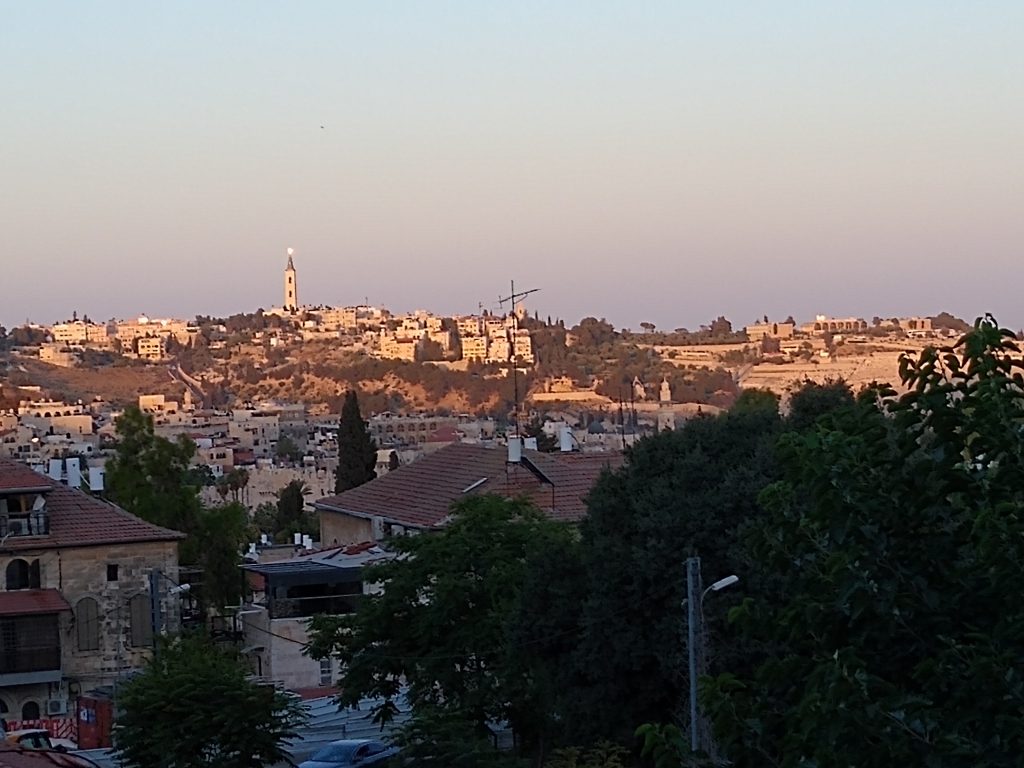 And now here I sit, occasionally admiring that view from the balcony, through a strict 14-day quarantine that applies to everyone entering Israel from abroad. It is forbidden to leave the home, and police are monitoring cell phone signals to catch any lawbreakers.

I have to confess I am exceedingly glad for this period of time. You may remember my enthusiastic sharing earlier this year of things I’ve been surprised to learn about first century Jerusalem, such as the location within an Essene quarter on Mount Zion of the first community of Jewish believers in Jesus. I’m longing for time to go deeper with this study, not as a hobby but because of the significance that obscured historical truths may have for our relationship with the Jewish people. I hope by next week to be able to share some new insights with you, and ask for your prayers for a time of Spirit-led learning.

We’ll also, God willing, be making some decisions this week about a restructuring of our Jerusalem and Jaffa communities. This past year we’ve had an average of only 4-5 members in Jerusalem and 15+ in Jaffa. But today I learned that the beautiful apartment just below me, an Airbnb rental, has finally gone up for rent at an unprecedented low price due to the collapse of tourism. (I hope I’m not a lawbreaker for creeping down the staircase this afternoon to have a look at it). 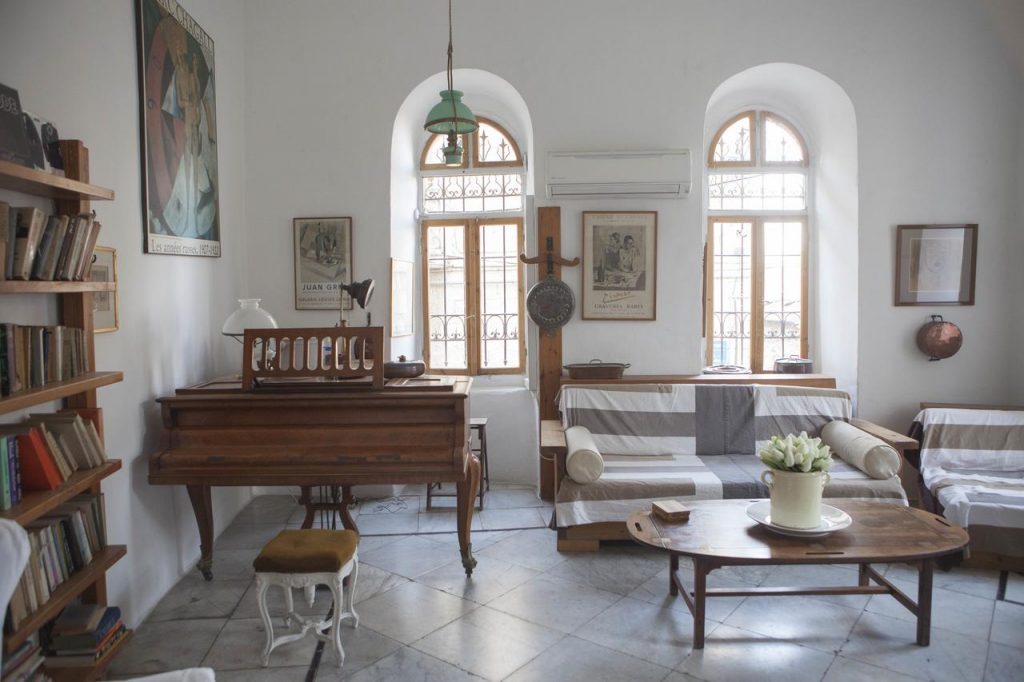 So we’re talking together about taking on that property and dropping one of our properties in Jaffa, thus bringing the two communities into rough equilibirum of 10-12 members each, in addition to the families we are hosting. Experience has been teaching us that this is an ideal size for a worshipping community, similar to the Jewish Talmudic tradition that when a minyan of 10 are gathered the Divine Presence dwells among them. The roots of this tradition could actually be with the Essene communities which dotted the land in the late Second Temple period, and were assigned a priest when reaching the size of ten members. Here too we would value your prayers and input.

It’s true that we haven’t had any new Iraqi or Syrian children arrive for heart surgeries in nearly six months . We’re still hosting 11 that are waiting to leave–four of them celebrated their first birthdays together this week! 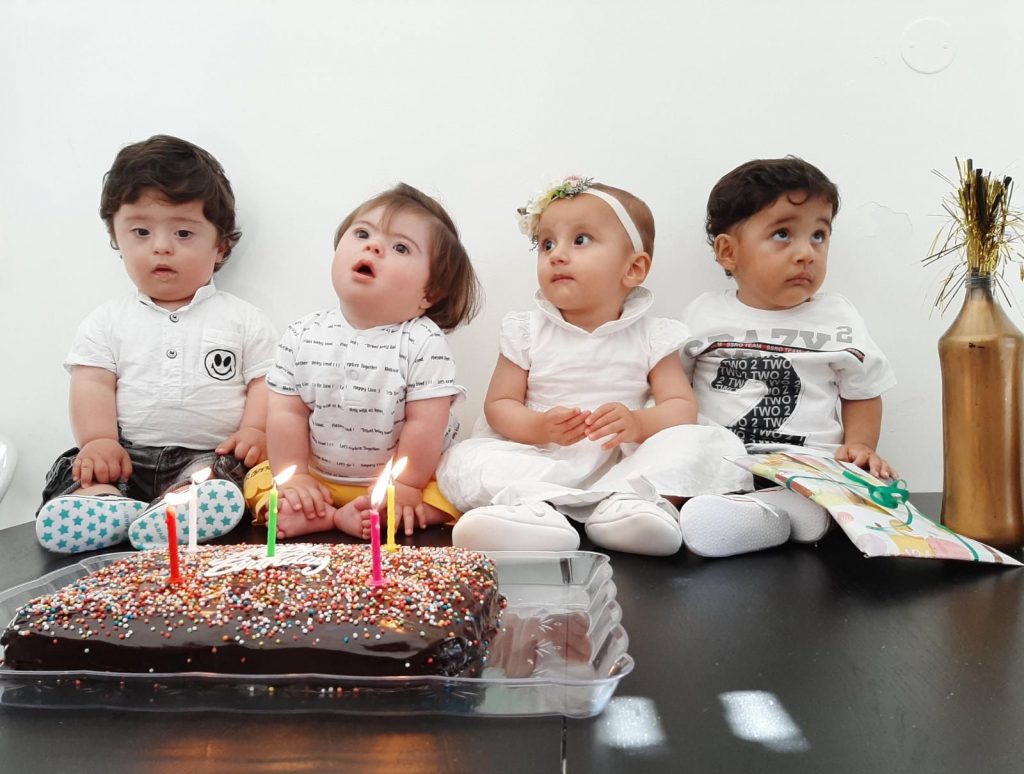 But new urgent requests for help are starting to come in, from families hoping to travel as soon as the heavens open again, and meanwhile the extra capacity has been a godsend allowing us to respond to the growing number of emergency transfers from the Gaza Strip: 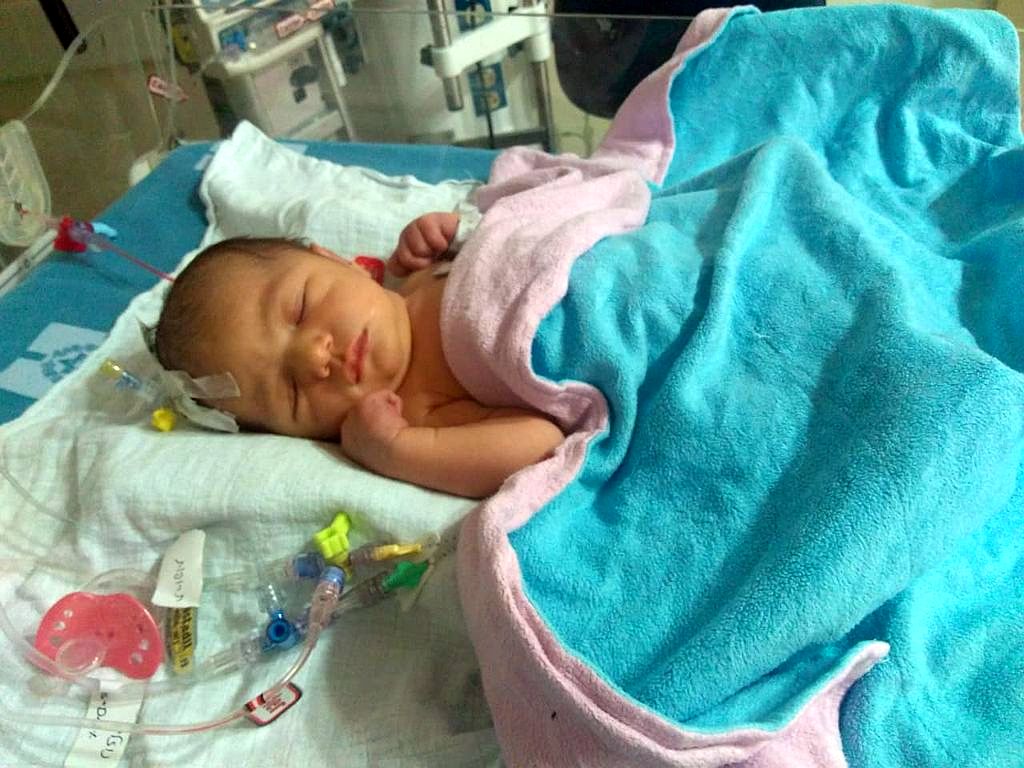 This is the most recent, Zaed, who should go in for his life-saving surgery at Hadassah Hospital here in Jerusalem in about six hours. Please remember him too before the Father, as well as three other urgent little ones from Gaza (named Ghada, Adam and Nebras) that our team is working to bring to Israel this week.

These children still need local leaders who will share the story in their own communities, and trust the Father to provide healing and finances and relationships to show the love of God to these families. We’re asked to come up with between $4500 and $7000 per child to help support the Israeli hospitals, which take the majority of the expenses on themselves. I understand those are intimidating numbers for most of us, and there is a fear of being unable to meet the goal. But I realized this week we can take encouragement from what Paul wrote to the believers in Corinth in his second letter:

For you know the grace of our Lord Jesus Christ, that though he was rich, yet for your sake he became poor, so that you by his poverty might become rich. And in this matter I give my judgment: this benefits you, who a year ago started not only to do this work but also to desire to do it. So now finish doing it as well, so that your readiness in desiring it may be matched by your completing it out of what you have. For if the readiness is there, it is acceptable according to what a person has, not according to what he does not have.

That last sentence is key.  I don’t think it matters how much money a local leader and his or her circle of friends come up with in the end. What does matter is that we care, pray and give what we can. This is sufficient to release the power of God into the situation.

Let’s not underestimate the impact of this love on families to whom their child has been restored. A Syrian grandmother called this afternoon to thank us again and again, saying she tells all her friends that we Christians are the real Muslims (I hope we have the cross-cultural sense to be deeply grateful for those words!).

And consider the reactions recorded across the Arab world to a 45-year-old Israeli man who gave his life two weeks ago while saving a Bedouin famly from drowning:

The Foreign Ministry’s social media manager in the Arabic language, Yonatan Gonen, said that the post was shared all around the Arab and Muslim world and countless users were touched by Michael Ben Zikri’s story.

“This is a touching story that couldn’t leave users from Arab states indifferent, even those who are hostile to Israel,” said Gonen.

“Users from Morocco to Iraq, from Oman to Syria, could identify with the story and unanimously pointed at Michael’s heroism on a very large scale, some even pointed Israel’s coexistence as a role model.”

Ben Zikri, 45, drowned on Friday when he rescued three children and their aunt, all residents of the Bedouin town of Hura, after the four got caught in turbulence.

He was laid to rest on Sunday in Ashkelon cemetery and dozens of Hura residents attended his funeral. Ben Zikri is survived by his wife and three children. 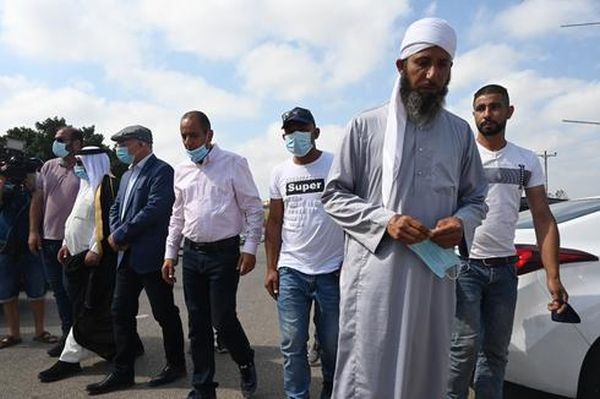 “This is true humanitarianism,” commented an Iraqi user by the name of Mirna. “There is no difference between humans, God has taught us to love one another.”

“Humanity has no religion, may he dwell in heaven and blessings come upon his families and loved ones for his noble act,” wrote another user.

A Saudi user by the name of Othman mentioned in his comment a passage from the Quran in which God said that whoever saves a single soul is considered as if he saved all people.

“The fact we have political differences with you guys doesn’t mean there is a disagreement between us about humanitarianism,” wrote a user from Egypt.

“This is the people of Israel who love all and help all,” wrote another user from Iraq.