The names jumped off the medical reports received this week for two emergency newborns from the Gaza Strip. These appeared to be clans well-known in Israel for past involvement in suicide bombings and abductions. How should we respond? 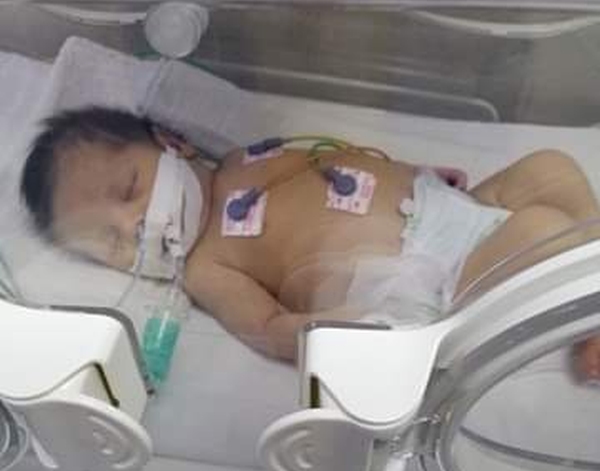 This touches on one of the most distinctive teachings of Jesus: “You have heard that it was said love your neighbor and hate your enemy; but I tell you love your enemies and pray for those that persecute you.”

When believers find strength to obey these words the impact is profound, for example Gladys Staines who forgave those who burned alive her husband and two sons in India in 1999.

And we know from long experience that doctors in Israel will treat anyone without blinking an eye. “A child is a child,” they’ll say. “He or she has done nothing to deserve punishment.”

Even a terrorist and his victims may be found in Israel receiving treatment side by side in the same hospital.

And yet there is still something inside all of us that wants to demand vengeance on the guilty, even if not on their offspring. Tonight (and every other time I walk past the bakery at the corner of Jaffa Road and King George in Jerusalem) I remembered the bombing that killed 15 people there, on this exact date 19 years ago. My family and I were a few blocks away and heard the explosion.

I follow with great sympathy the blogs of a family that lost their 15-year-old daughter Malki in the bombing. They won’t give up on their lonely fight to bring to justice the young Jordanian woman who planned the bombing, and who continues to publicly celebrate it.

Yet in this week’s blog the victim’s family included some essential context: that Jordanian woman had resisted a forced marriage, ended up single and pregnant, and was sent by her family to exile in the West Bank in total shame. “There was nothing left for me,” she said. “I wasn’t even allowed to keep my baby with me. He was to be raised as my brother’s son.”

That glimpse into her heart helps temper my zeal for justice. I can see her too in part as a victim, a victim of graceless religion which denies atonement and offers no remedy for sin–no remedy other than dying herself while killing the enemies of her religion.

I can believe that the same spirit of God which brings me to repentance could do the same for her. I dare to imagine that she could one day seek and find forgiveness from Malki’s parents, irrespective of whether she is brought to justice in a court of law.

There are orthodox Torah commentators who say that forgiving evildoers is not just impractical, but immoral. That there are sins no one has the right to forgive. That the words of Jesus are alien to the Torah and it is impossible and undesirable to put them into practice in this world.

But I think instead tonight of the remarkable words of Yakov Emden, a highly-regarded Torah authority who lived in the 1700s in what is now Germany:

It is therefore a habitual saying of mine (not as a hypocritical flatterer, God forbid, for I am of the faithful believers of Israel, and I know well that the remnant of Israel will not speak falsehood, nor will their mouths contain a deceitful tongue) that the Nazarene brought about a double kindness in the world. On the one hand, he strengthened the Torah of Moses majestically…and not one of our Sages spoke out more emphatically concerning the immutability of the Torah. And on the other hand, he did much good for the Gentiles…by doing away with idolatry and removing the images from their midst…He also bestowed upon them ethical ways, and in this respect he was much more stringent with them than the Torah of Moses, as is well-known…

If certain Christians who consider themselves scholars would understand this secret, who believe that they are commanded to abolish the Torah of Moses from the seed of Israel, they would not engage in such foolishness. The people listen to their self-conceived words, something which was never intended by the writers of the Gospels. Quite the opposite, they have written clearly that they intended the contrary.

Because of these errant scholars, hatred has increased toward the Jews who are blameless of any guilt and proceed innocently to observe their Torah with all their heart, imbued with the fear of God. They should instead bring their people to love the ancient Children of Israel who remain loyal to their God, as indeed commanded to Christians by their original teachers.

They even said to love ones enemies. How much more so to us! In the name of heaven, we are your brothers! One God has created us all. Why should they abuse us because we are joined to the commandments of God, to which we are tied with the ropes of his love? We do this not to enjoy the pleasures of the (evil) inclination and emptiness of a passing world. For truly (Ps. 44) we have become a byword among the nations…

You, members of the Christian faith, how good and pleasant it might be if you will observe that which was commanded to you by your first teachers…

And I’m thankful to share that one of those newborns from Gaza is already safely in the hands of doctors in Israel tonight; the other we are working to bring this week, God willing. It is a joy to work with the people of Israel to fulfill the commands of Jesus!