Shortly after the September 11, 2001 terror attacks, the director of one of the largest evangelical missions to Muslims taught a two-week intensive course at a Christian university for missionaries to the Muslim world. He also allowed a journalist to attend as an observer for the progressive magazine Mother Jones: 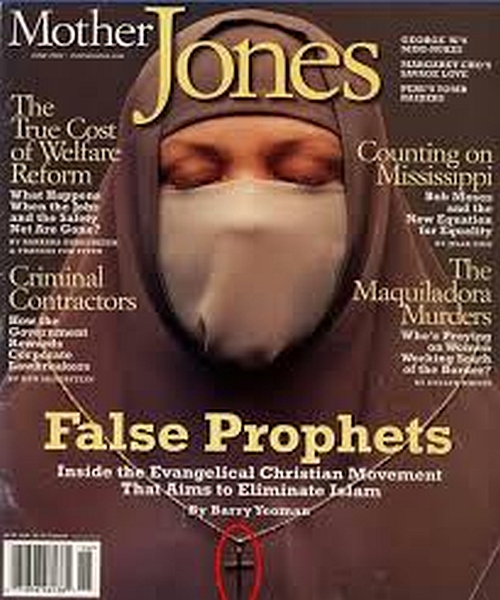 The article that appeared inside under the title The Stealth Crusade broke the heart–and changed the life–of the mission director, Rick Love.

Much of the writer’s critique was simply post-modern rejection of the exclusive truth claims which are at the heart of the faith of any believing Jew, Christian or Muslim. (If you believe in one true God you are by definition excluding and denying others.) But the writer also honed in on the evasions that missionaries practice in order to gain access to the Muslim world, creating platforms as educators or relief workers in order to disguise their true intentions:

Love fixes his gaze on a studious, spiky-haired missionary dressed in Patagonia clothing. “If people ask you, ‘Why are you here?’” he asks, “what do you say?” The young man, on leave from Southeast Asia, squirms in his chair. His jaw opens but nothing comes out. “Bingo!” Love says with a smile. “You bite your fingernails, and people go, ‘Of course he’s not hiding anything.’” Love notes that before he went to western Indonesia to proselytize among Sundanese Muslims, he went back to school and earned his credentials to become an English instructor. That way, he says, he had an excuse to be in the country. “I could look someone in the eye and say, ‘I am an English teacher,’” he explains. “‘I have a degree and I’m here to teach.’”

That, he says, is the model for winning converts in the Islamic world: Find another pretext to be in the country. Build friendships with the locals. Once you’ve developed trust, then it’s time to try to gain new believers. But don’t reveal your true purpose too early. “How did Jesus explain why he was there?” Love asks the class. “Indirectly,” volunteers a veteran missionary. “He’d say, ‘Why do you think I’m here?’”

“But did Jesus raise his hand and say, ‘I swear to tell the truth, the whole truth, and nothing but the truth?’” Again, 20 voices call out, “No!”

For Love this struck too close to home to ignore. He eventually left the mission agency to start a new peacemaking initiative (discussed here in an excellent new article from Christianity Today), and called on Christians to have one transparent “3D” message that remains the same whether talking to a Muslim, Christian or secular audience.

Our Shevet Achim community seeks to live by the same rule (and we can add to the list a Jewish audience that sees “missionary” as one of the dirtiest of words). This Sunday letter often lays bare the motivations of our hearts, and as I write and post it on our website and on Facebook I am conscious that anyone can read it. I don’t want to let a single word pass my lips here, or in any other setting, that I would be ashamed to have “shouted from the housetops.”

We’re helped in this by our history. We didn’t start helping children come to Israel for heart surgeries as a platform for evangelization. It was more the realization of some of us here in the land that it would be sinful disobedience to the words of Jesus if we turned our eyes away when our neighbors’ children were dying. (Those of you who follow the travails of our community for a few months or years know if this is a cover story, it is much more trouble than it is worth!)

Our support policy is also helpful. We give ourselves freely to serve our neighbors, and trust our Father as a community to provide for our basic needs. We live to a common standard, and none of us are allowed to raise or receive any personal support. This has the practical effect of barring from our community what Love would call “professional missionaries” (though we respect those who are called differently and count many as friends and mentors).

The lovely thing we’ve found is that if we walk consistently and honestly by these truths we end up with total freedom to be exactly who we are. If our Muslim and Jewish neighbors see that our love and help is truly unconditional, most are willing to put up with us. It creates space for beautiful scenes like we’ve seen in the past week in our Jerusalem guesthouse, as a couple of parents have chosen to sit in on our morning worship and Bible study, reading along verse by verse and adding their own commentary. What a joy it is to see our neighbors taking up the word of God for themselves! It is so much on my heart to encourage this, as long as it is done in a way that never impinges on the liberty of those we are privileged to serve.

The number of Gaza families with us continues to grow, now standing at seven, as our commitment is not to turn away any child whose life is at risk and who has no other options. Three of those children, Qusai, Saif and Zakaria, are still dependent on breathing and/or heart support after their emergency surgeries (you may click here if you’d like to receive our Jaffa community’s excellent midweek prayer update which covers the status of our children in greater depth).

Meanwhile Toleen on Thursday and Mariam today were successfully weaned from mechanical ventilation, the most important milestone in a child’s recovery: 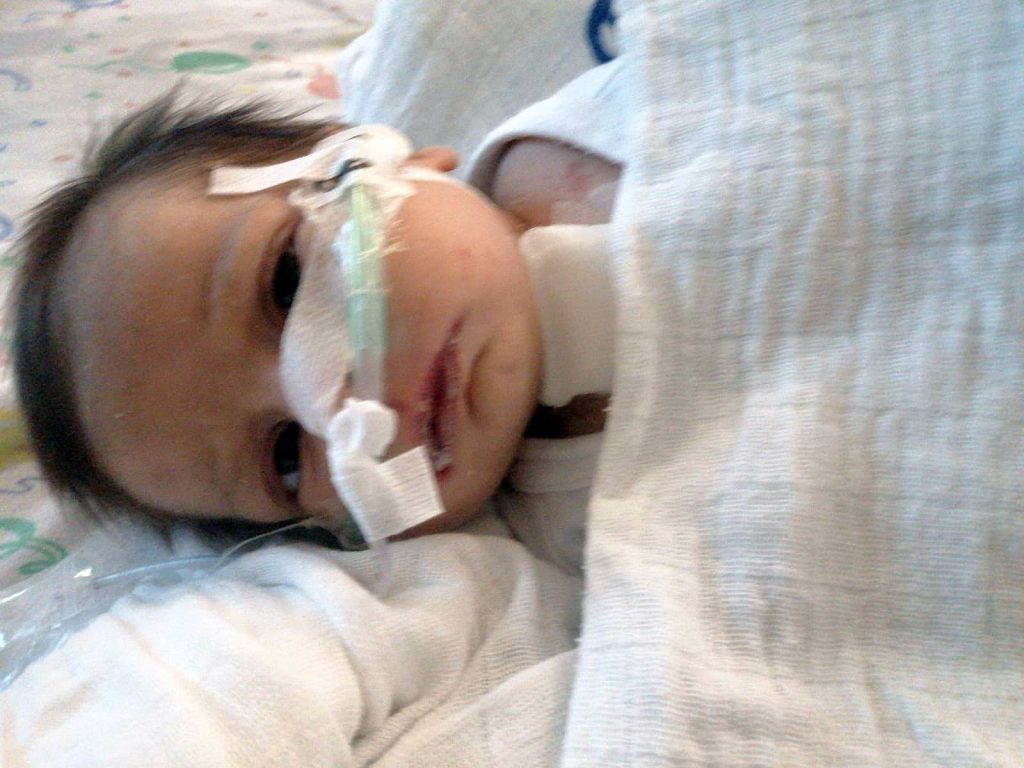 Coworker Alena and I were able to pray with Mariam’s aunt today, Colin writes, praying for not only Mariam but the other children as well. We were not too sure how she would respond, but after we prayed she thanked us and we warmly exchanged a hug. We have loved getting to know Mariam’s aunt and to see her smile.

Finally this week, our continuing exploration of the emergence of faith in Jesus in first-century Jerusalem leads us to this question: where did modern Israel’s founding president David Ben Gurion get his name?

He arrived in Palestine from Russia/Poland in 1906 as David Gryn, but like many of his generation chose to Hebraicize his family name. And the similar-sounding name he chose, Ben Gurion, is actually plucked from a first-century family–none less than that of our good friend Nicodemus, whom we discussed at length in last week’s letter.

Nicodemus’ brother Yosef Ben Gurion, a governor in Jerusalem in the run-up to the Roman siege, was likely the hero that David Ben Gurion had in mind, according to his memoirs (in which he also rhetorically asks “Who could have been more of a purist in Judaism than Jesus?”).

The name Ben Gurion also appears in Josippon, a tenth-century Hebrew-language history of the Jews sometimes called the “Hebrew Josephus.” It was widely-known in medieval Europe, including among the Puritans, and apparently figured in Cromwell’s decision to allow Jews to resettle in England.

What’s interesting about Josippon is its claim to draw on the writings of not only Josephus, but also Hegesippus, a Jewish believer who lived in Jerusalem in the second century and whose writings have otherwise been lost, with the exception of a few quotations by the early church historian Eusebius. What a potential source of insight into the first-century development of faith in Jesus! I hope to share more about this work next week, including insights from the Jesus-friendly orthodox Hebrew University scholar David Flusser, who produced the definitive edition of Josippon.

The goal of all this for us as Christians? To learn more of our common past with the Jewish people, in order to shed further light on our common destiny.