Instead of resenting the coronavirus shutdown, one writer commented this week, think of it as the sabbatical you’ve always wanted.

At the Jerusalem guesthouse, we’re relishing this unexpected gift of extended life together with our neighbors from Gaza. We went together to the Garden Tomb earlier this week, and then Friday to David’s tomb and the Upper Room on Mount Zion: 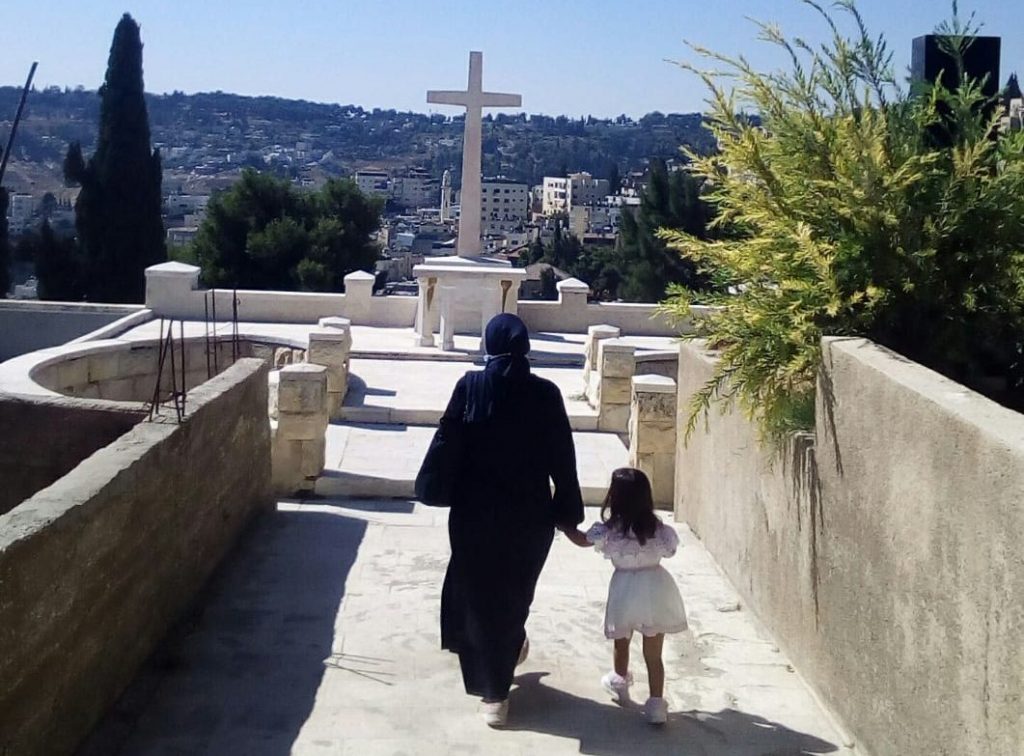 As we read the scriptures around the kitchen table this morning, a mother remarked what a difference it makes to have seen these places with her own eyes. Friends, think of the vast industry which has sprung up to give Christians the privilege of visiting the king’s city. Why are we doing nothing to share this blessing with our Muslim neighbors?

And then there are simple joys like sharing a song of thanksgiving to our Father around that table. Look at the video below of little inoperable Deema–just before she was sent back to Gaza a few weeks ago to await either a miraculous healing or the resurrection–as we sang Hodu leAdonai ki tov (“Give thanks to the LORD for he is good”) from Psalm 118:

Please pray with us as our coordinating team this week looks at ways to strengthen our community life and to increase our integration with the visiting families in both Jaffa and Jerusalem.

Conditions are miserable back in Gaza as the virus starts to spread through its cramped alleyways. Temperatures are in the 90s (30s celsius), there is no electricity, and anyone caught outside of their home will be beaten severely with sticks. All coordination between Israel and the Palestinian authorities has broken down, yet somehow our Gaza team is still getting emergency newborns out for heart surgery in Israel. This week it was Kenan, who should be going in for a life-saving catheterization Tuesday at the Sheba Medical Center near Tel Aviv: 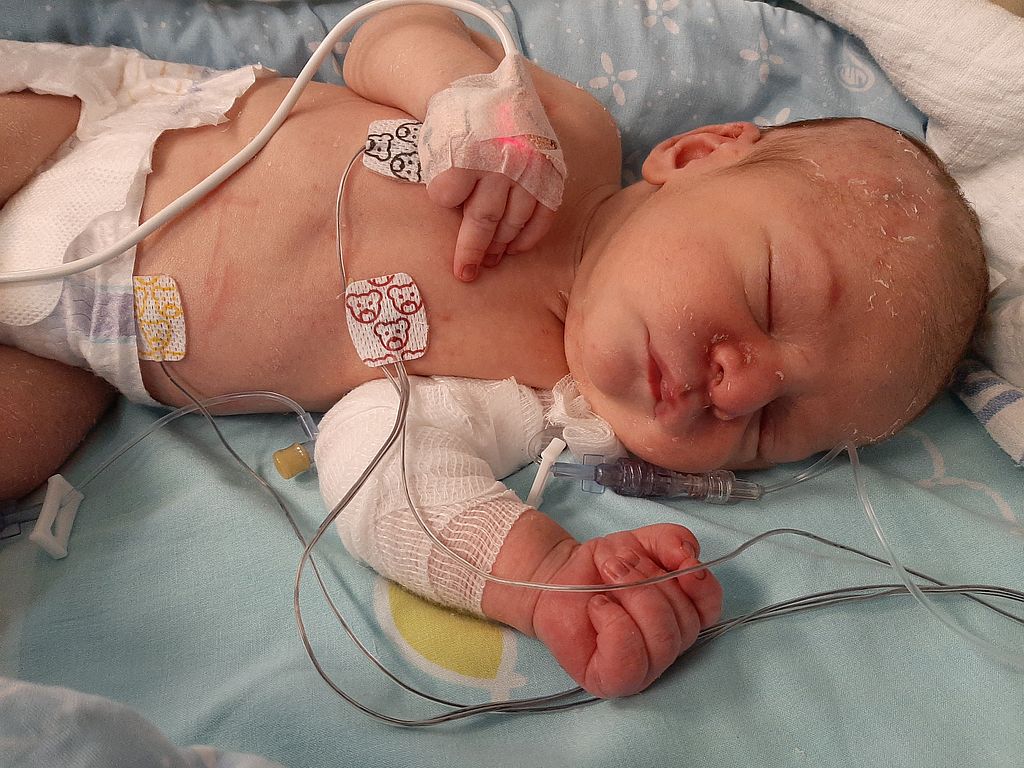 This precious child, like so many, still needs a local leader to love him and his family, and to raise up prayer and financial support for his surgery. And tomorrow, with God’s help, we’ll be rushing a four-day-old named Mohammed from Gaza up to Hadassah Medical Center in Jerusalem as well: 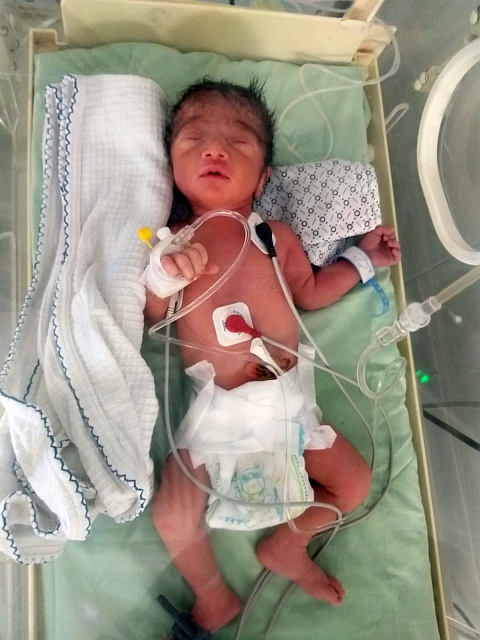 Meanwhile our Jaffa community is still embracing the ten Iraqi/Syrian families who have been marooned here the last five months following their surgeries. They’re still finding inspiration for new ways to keep everyone’s spirits up: 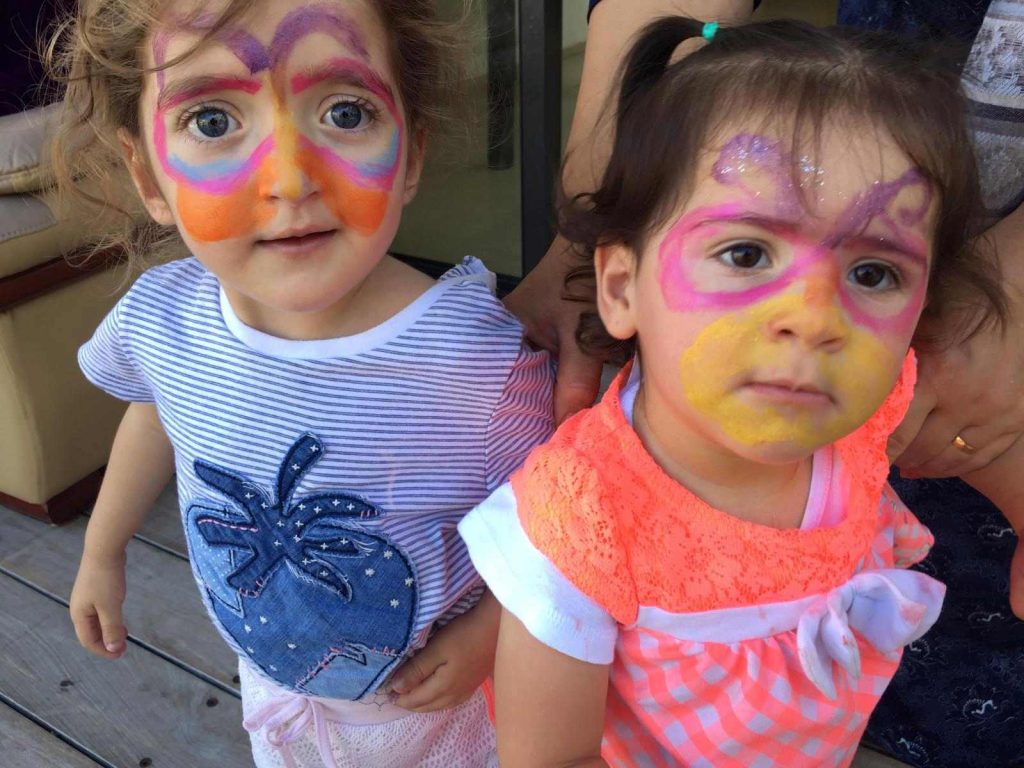 And best of all, it appears there may be a route to fly them home at the end of this week, Tel Aviv-Istanbul-Cairo-Erbil. It’s a costly 26-hour journey, but the mothers here and their families back home are desperate. I think I detected a new note of panic on the faces of some of the mothers last week, leading me to suspect that their husbands back home may be playing that trump card which plagues the Middle East: the threat of casually divorcing their wives, or of taking a second wife. How precious is the protection that Jesus gives to wives, mothers and daughters from divorce; may his reign increase in our households and in many more.

It’s been hard for me this week not to obsess over the pandemonium on the streets of my birth country, the US. And as a former journalist I find the willfully dishonest reporting to be very frustrating. I almost gave up my Shabbat to write something about it. A couple of helpful thoughts for me: stay focused on the things God has called us to; and deal first with the tendency in our own hearts to shade the truth in the direction we favor.

I also found this letter today from Rachel Boskey to be helpful: “The letter I didn’t want to write.” It appears she did give up her Shabbat to write, and I encourage you to consider her perspective on what’s happening in the US–particularly her point that while the word of God makes no promises to the US, it is crystal clear that God is working in history to bring the Jewish people home:

One of God’s purposes in shaking nations is to reach, move and ultimately save Jewish people who live in the midst of them, who hear and obey the voice of the Lord…

Since 1990 over 1,000,000 Jewish people have moved to Israel, from lands north of Israel.  When communism fell in 1989, the gates opened suddenly to let great numbers of Russian-speaking Jewish people out of the Former Soviet Union.  This is a major move of God in our day, massively eclipsing the return of 50,000 Jews to the land of Israel in the time of Ezra and Nehemiah.  Most of the church is unaware of this huge prophetic sign taking place in our generation.

Hatred of Jewish people is once again mushrooming across Europe.  There is ongoing movement of Jewish people from France, the UK and other European countries relocating to Israel to escape persecution…

Without a doubt this wave of Anti-Semitism is moving rapidly to the West and has already found fertile ground to spread its poison in the USA…Anti-Semitic crimes in the USA are sky-rocketing.  Unprecedented in US history until just the last few years, Jewish people are being murdered in synagogues and beaten on streets in the US.  Their tombstones are being toppled, hate-based graffiti is marring their community centers and houses of worship, their lives are being threatened, they are being chased and hounded…

There are approximately six million Jewish people now living in the USA.  The societal upheaval in the USA, called a “revolution” by Abe Greenwald of Commentary Magazine, is already awakening some Jewish people.  There is an increase in the number of American Jews seeking to make Aliyah…

In the 1930’s a famous man named Ze’ev Jabotinsky repeatedly warned and shouted to Jewish people to get out of Europe. The following is a translation from Yiddish of Jabotinsky’s touching and sad speech in Tisha B’Av, October 24, 1938, Warsaw, Poland.  It was his prophetic warning to his people, to the masses of his brothers and sisters:

“It is already three years that I am calling upon you, Polish Jewry, who are the crown of World Jewry. I continue to warn you incessantly that a catastrophe is coming closer, I became gray and old in these days, my heart bleeds, that you dear brothers and sisters, do not see the volcano which will soon begin to spit its all-consuming lava.  I see that you are not seeing this because you are immersed and sunk in your daily worries.  Today, however, I demand from you trust.  You were convinced already that my prognoses have already proved to be right.  If you think differently, then drive me out of your midst.  However, if you do believe me, then listen to me in this 12th hour:  In the name of G-D!!  Let anyone of you save himself as long as there is still time, and time there is very little.”

Finally this week, I promised to share something from the wisdom of David Flusser, the longtime Hebrew University professor who gave his life to the study of Jesus, after he was profoundly influenced as a young man by a group of Brethren believers. He’s typical of some of the leading Jewish thinkers and writers and artists of the last century, like Joseph Klausner and Sholem Asch and Marc Chagall, who could never quite come out and confess faith in Jesus, although it is clear between the lines of their work that he deeply touched them. Here for example is Flusser at the close of his book Jesus:

The core of the gospel is the material that was preserved by Jesus’ first disciples. Not long thereafter various individuals began making internal revisions to this precious nucleaus of material, and eventually the Evangelists themselves revised and augmented it. Yet Jesus’ message was never lost. It can still be heard today–even if it has not been the focus of belief in Christianity throughout the ages. Over the long history of the Church, however, the religion of Jesus himself did become vital for small groups–to one of these dear groups the present book is dedicated. I hope that somehow in the future the situation will improve, and the Church will begin placing more stress upon Jesus’ message.