How strange it seemed to walk into our Jaffa base this afternoon to the eerie silence of no families. For the last several years the house has been packed non-stop with children and parents from Iraq, Syria and Gaza. But Thursday night ten of our families, stranded in Israel the last half-year by the coronavirus, were finally able to put together a flight connection and return safely to Iraq: 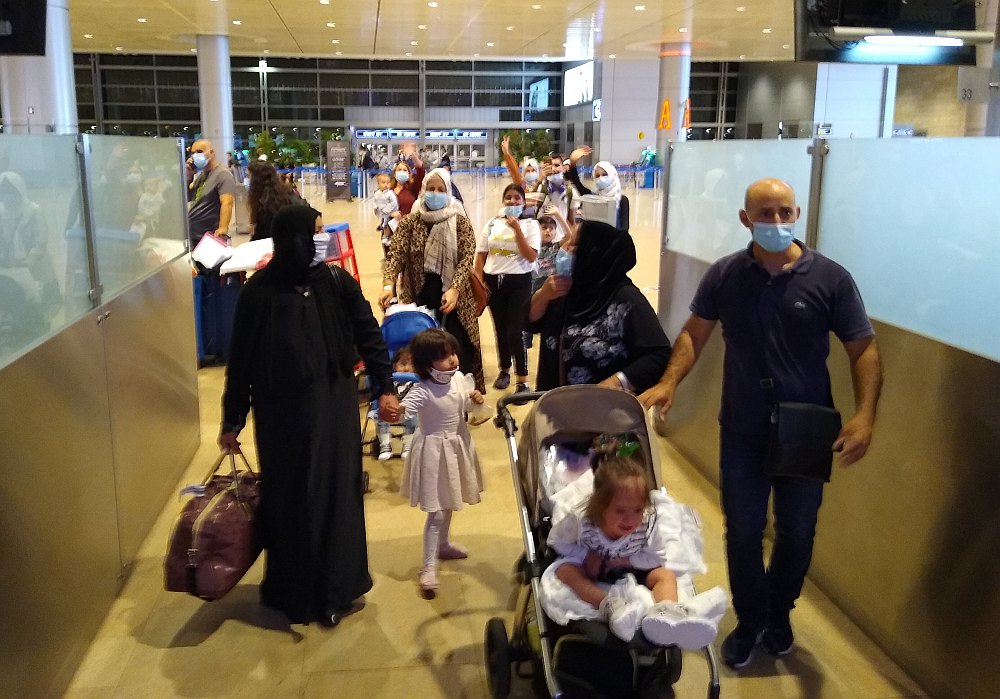 It was a joy–and a check-in nightmare–to see so many children at the same time leaving Israel with the gift of a new life. Now we’re left with nine Gaza children in hospitals in Israel; almost all of them emergency newborns like Qusai, who is starting to wake up after his surgery at Hadassah Hospital in Jerusalem: 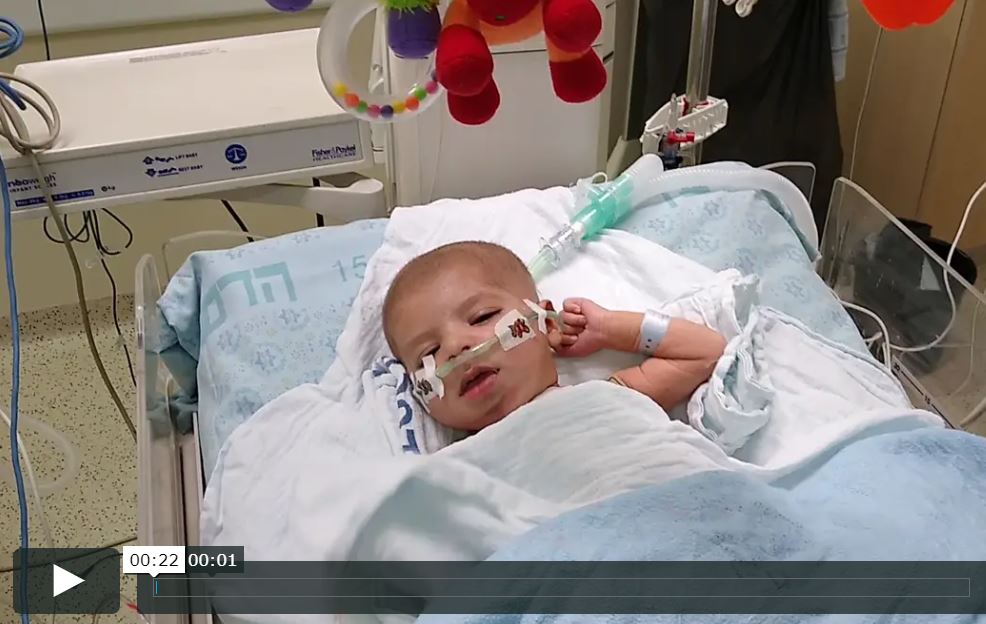 We also have a Gazan and an Iraqi family with us in Jerusalem, and our much-loved Assyrian Christian Mimi who is recovering this week from her third heart surgery at the Sheba Medical Center: 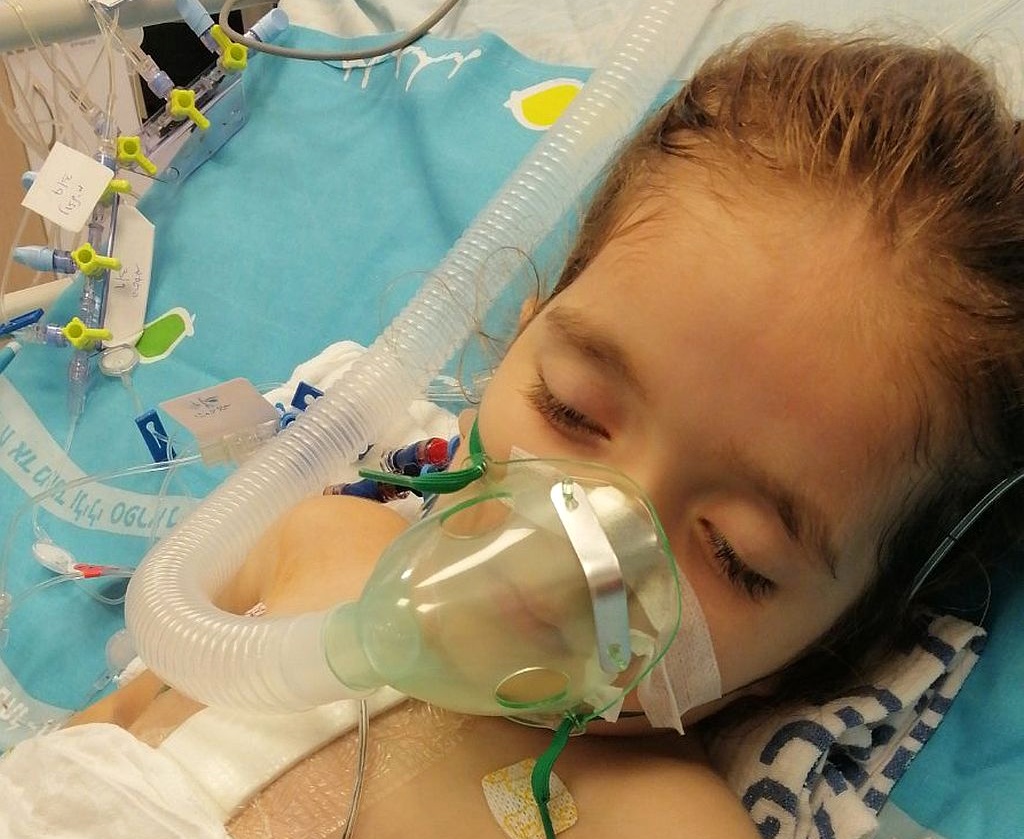 The shift toward Gaza children is allowing our faithful Jaffa team a couple of long-overdue days off, before starting in on much-needed painting and renovations. Now that flights are opening up to Iraq, some children there who need to come urgently may start arriving before the end of this month.

But meanwhile we’re at an inflection point, a rare opportunity to seek our Father about what works he will be doing in the coming days, and whether this will mean any change of direction for our community. One possibility is to involve in our work more believers who are already resident in the land. They already know the language and the culture, and without visa restrictions they may be able to add longer-term stability to our community.

I’m also seeing some signs that the Lord may choose to increase our involvement with our Israeli neighbors in general. A political activist who loves the Kurds has been visiting our Jaffa community regularly, and today she invited Colin and me to meet with the Israeli minister of health Yuli Edelstein: 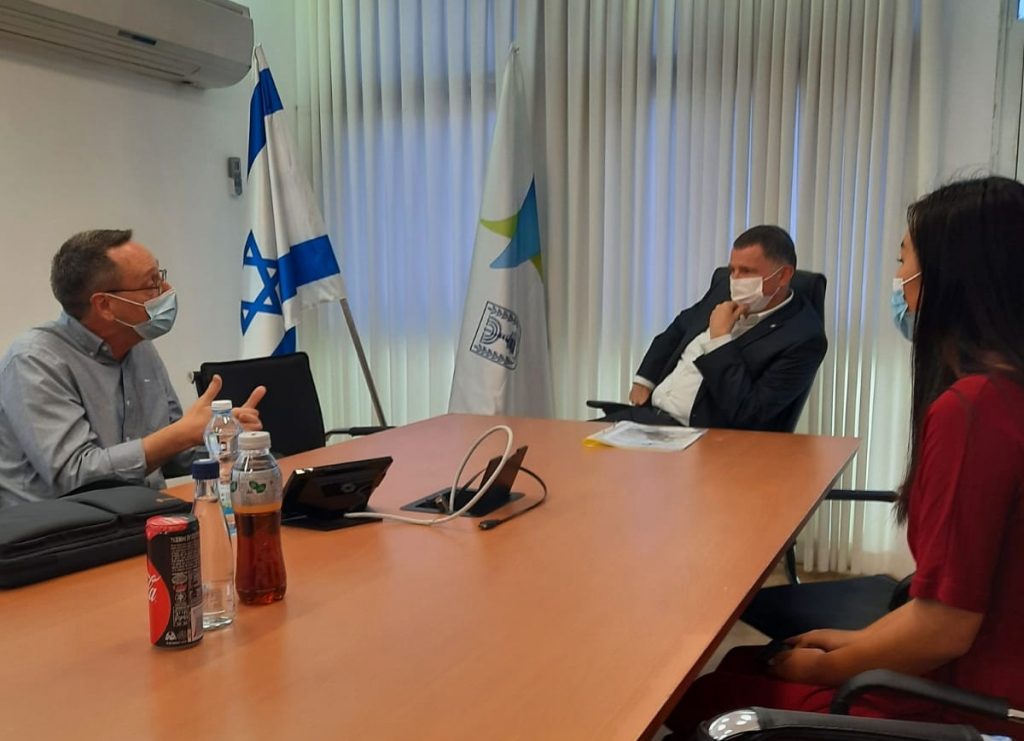 Edelstein is a former Soviet refusenik whose parents came to faith in Jesus in the Ukraine, after which his father due to his Jewish background had to fight to be accepted as a Russian Orthodox priest. The son has followed a more political path, and was the long-time speaker of the Knesset. We were able to share with him today how faith in the promises of God led many Christians to work in support of emigration of Jews from the former Soviet Union, and how the Shevet Achim community eventually developed from that work.

And tomorrow an Israeli high-tech firm has invited us to give a 15-minute presentation to all its workers, as they’re considering which charities to support with their corporate donations. We’d appreciate your prayers that we can let our light shine in a way that will give glory to our Father in heaven.

Lots going on in the region to reflect on this week. Reverberations are still being felt from the UAE-Israel peace agreement, also called the Abraham Accord, with one writer predicting “The UAE-Israel Deal Spells Big Trouble for Iran“:

Watching Israel’s national carrier, El Al, make its maiden trip to the United Arab Emirates on Monday, including an overflight of Saudi Arabia, was itself history-making…

Make no mistake: The normalization deal is a major blow to Iran’s already-battered regional standing. Sure, it’s not the first breakthrough that Israel’s had with an Arab country.  The peace treaties with Egypt and Jordan have been on the books for decades.

But the UAE deal is the first in a generation, ending a 26-year long dry spell. It’s also the first with one of the six Gulf Arab states that sit directly on Iran’s doorstep. The Emirates, whose population (minus expatriates) might, with some creative accounting, approach one fortieth the size of Iran’s, acted in brazen defiance of the Tehran-led resistance camp on an issue—peace with the Zionist entity—absolutely central to the Islamic Republic’s ideological creed. Talk about a lack of fear or respect for Iranian power. You couldn’t do better than the videos of beaming Emirati children celebrating the Israeli delegation’s arrival by waving the Jewish state’s flag alongside balloons decked out in blue and white, its national colors…

It’s impossible to measure the psychological effects of these kinds of public humiliations on a tyrannical regime. But that doesn’t lessen their potential importance. Iran’s theocracy has been hemorrhaging legitimacy for years, especially among its youth. Several outbursts of large-scale protests since 2017 have focused on ending the regime itself. An uprising last November required a full-on massacre of at least 1,000 people to extinguish.

The UAE’s outright repudiation of the Islamic Republic’s resistance narrative is precisely what Iranian demonstrators seek when they chant “no to Gaza, no to Lebanon, I give my life only for Iran.” Just as Emiratis smashed the taboo of normalization to pursue their national interest in establishing full relations with the Middle East’s most technologically-advanced economy, as well as its foremost military power, many Iranians long for a government that will put their wellbeing first, rather than wasting their national patrimony on far-off adventures to liberate Jerusalem, destroy Israel, or prop up a homicidal tyrant in Damascus.

No doubt, many Iranians also realize full well that it’s precisely those hyper-aggressive policies that are driving old enemies together to make common cause against the Islamic Republic. In response to the UAE deal, one former Iranian politician accurately opined that “We have scared the Arabs and pushed them towards Israel…” Arab-Israeli normalization is a powerful reminder for Iranians of both the venality and abject failure of the Islamic Republic’s imperialist policies, triggering a backlash that has left them increasingly isolated, impoverished, and insecure.

And the effects of living under Iran’s religious dictatorship are not only political and economic; according to a new survey released this week, a “massive secularization” is taking place, and as many as one million Iranians have turned to faith in Jesus.

“How strange,” adds veteran columnist David Ignatius this week, “that the [US] administration, which has been so adamant in opposing Iran, is facilitating the rise of another expansionist Islamic state seeking regional hegemony–namely Turkey.”

Erdogan’s regional ambitions reflect what analysts describe as a “neo-Ottoman” desire for hegemony beyond the Turkish borders drawn after World War I…As Erdogan seeks influence in the Muslim world, he is rivaling Iran as the loudest champion of the Palestinian cause. Last month, he met in Istanbul with two prominent Hamas leaders, Ismail Haniyeh and Saleh al-Arouri, both on the U.S. terrorist list. The State Department said it “strongly objects” but took no significant action.

Meanwhile, and oddly, a new book from the chair of the Yale history department is making waves. “God’s Shadow: Sultan Selim, His Ottoman Empire, and the Making of the Modern World” is a revisionist claim that the West has a huge blind spot concerning the historical significance of the Ottoman Empire (and we could add its prophetic significance as well). The writer seems to idealize the last Islamic caliphate, obliquely crediting it for everything from the Reformation to the discovery of America, and praising its “intellectual fervor” and “enlightened pluralistic rule.” 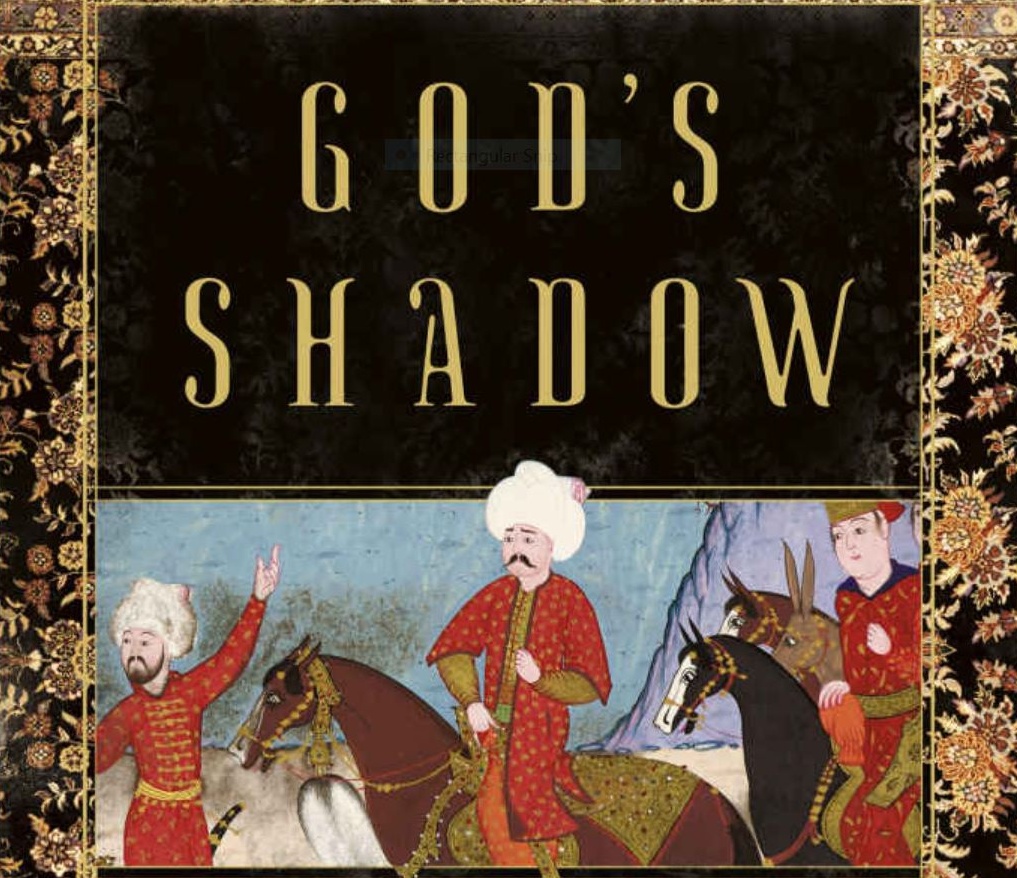 What’s interesting about this is how it dovetails with the sudden and sweeping efforts afoot to delegitimize the Judaeo-Christian foundations of Western civilization. An alliance has for some time appeared to be emerging between the totalitarian left and radical Islam–strange bedfellows indeed, but united by an anti-Christian and anti-Jewish spirit. What good news, as the UAE peace deal seems to portend, that many of our Arab and Muslim neighbors want nothing to do with this spirit, and are instead opening their hearts to the Jewish people.