We’ve just emerged from the two-day celebration in Israel of Rosh HaShana, or as it’s called in the Torah the Feast of Blowing (of shofars). As our Jerusalem community sought insight this morning into the significance of the shofar blast, the Kurdish Iraqi father staying with us was the first to share, describing it as a call for people to come together. As an example we then considered Nehemiah’s account of the rebuilding of the walls of Jerusalem in the face of great opposition:

The work is great and widely spread, and we are separated on the wall, far from one another.  In the place where you hear the sound of the trumpet, rally to us there. Our God will fight for us.

So this holiday really gets to the heart of the Shevet Achim community: calling people together. Not on the basis of politics, or humanitarianism, or shared interests, but as a family trusting in the promises of God.

We’re currently hosting four Gaza families and two Iraqi families between our Jerusalem and Jaffa communities, and it is life-giving to have some of them searching the scriptures alongside us morning by morning. I love to hear the spirit of God speaking to us through their commentary! 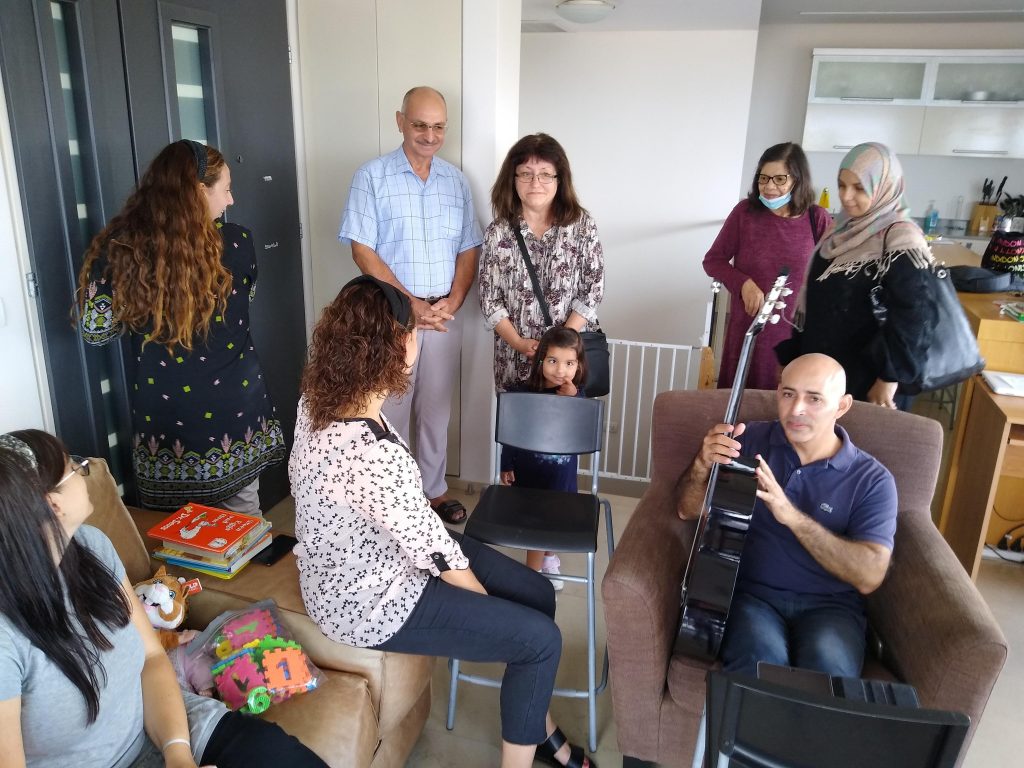 Exactly on this theme our brother Christopher Dean in North Wales is releasing a new CD called “Together,” inspired by Shevet Achim after his daughter Ruth served alongside us with such excellence this past year. Click below to listen: 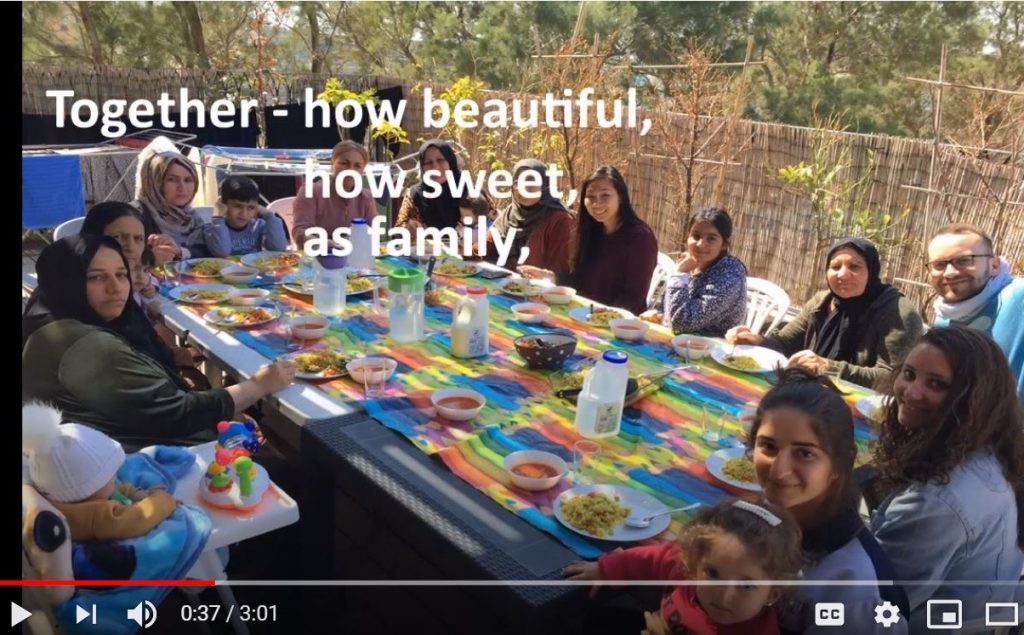 I believe it is a sign of spiritual health when the families of our coworkers know they too are welcome to get involved in the life of our community. And it’s always proved to be such a blessing! If you have a family member serving or who has served here, this is your home too–come on out.

Meanwhile another six Gaza children are currently hospitalized in the Sheba and Hadassah medical centers after heart surgeries, several of them in a real battle for their lives. Will you respond to the shofar blast and rally to their side? Full details are in our most recent prayer update, where you’ll also find an option to receive these updates weekly by email.

I hope many of you were able to watch the signing of the “Abraham Accord” peace agreements between Israel, the UAE and Bahrain on Tuesday, as we did around the dinner table in Jerusalem. If not you may click on the video below:

Somehow there was a spirit of joy and optimism about this, in contrast to the cold peace that emerged after the signing of treaties decades ago with Egypt and then Jordan. This time there seems to be a real change of heart, and somehow none other than the word of God is right in the middle of it. Consider this article: “The tender photo that just might signal start of real change in Arab-Israel ties.” 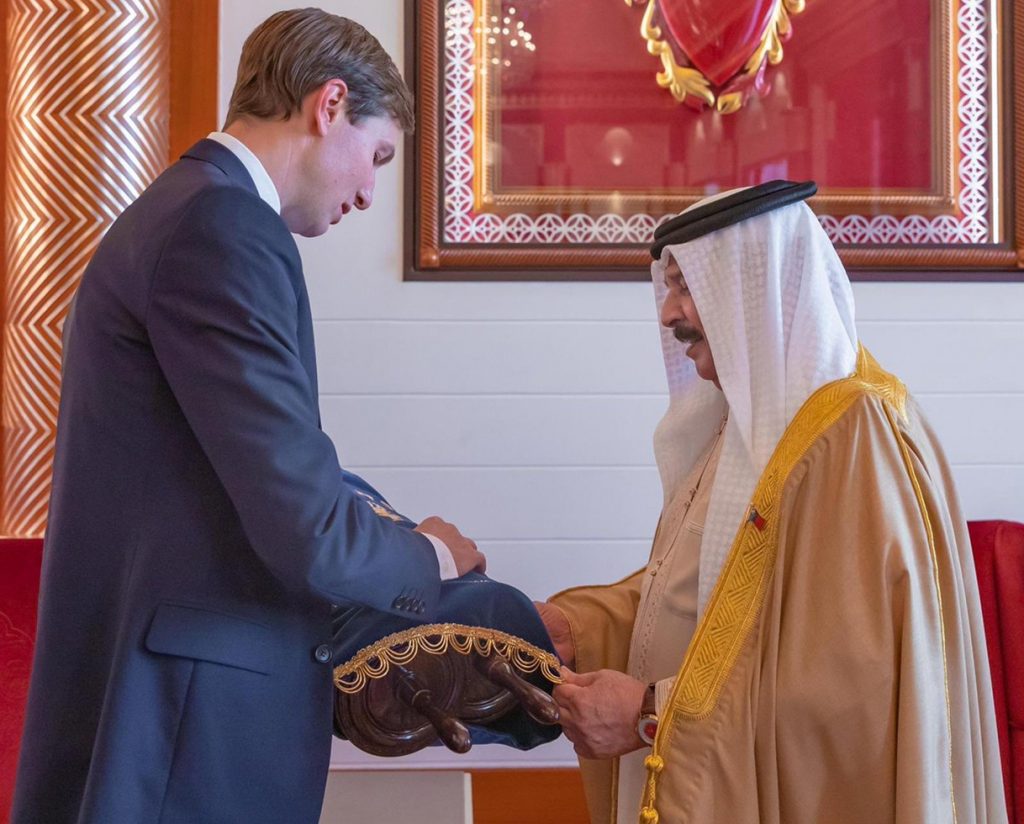 On Monday afternoon, a day before the Israel-UAE-Bahrain peacemaking ceremony at the White House, US President Donald Trump’s adviser Avi Berkowitz posted a quite beautiful photograph on Twitter. It shows Jared Kushner, the president’s senior adviser and son-in-law, handing a Torah scroll to His Majesty King Hamad bin Isa bin Salman al-Khalifa of Bahrain, to be used in a synagogue in the kingdom.

The moment is tender and moving — with the gazes of both men focused on the velvet-covered scroll rather than each other, respectful of it. It is a picture of transition and of trust — an American Jewish official entrusting an Arab monarch with the Jewish people’s most sacred text, for his safekeeping, to convey to a Jewish community free to practice its religion in his country…

The Middle East is in constant flux, and geopolitical interests can rapidly change. The Saudis are carefully calculating how forthcoming to be in this new era, having taken the first public step of opening their airspace to Israel and no doubt privately given their backing to the UAE and Bahrain. Nonetheless, for all the region’s change and unpredictability, even Israel’s “cold” peace agreements with Egypt and Jordan have held firm for decades.

Where the latest partnerships, with these two Gulf states, give additional cause for optimism, however, is captured, again, in that photograph.

Throughout Israel’s modern history, the Arabic-speaking peoples of this region were inundated with vicious propaganda against the Jewish state… and had no direct opportunity to gain a more honest picture for themselves.

The early signs, at least, are that these are not grudging peace agreements but celebrations of normalized ties — in which our peoples will have the chance to interact and, as consequence, to learn about and better understand each other. Hosting their small Jewish communities, the UAE and Bahrain have already started to discover a little of Judaism, the Jewish people, and by extension the Jewish state.

These agreements offer the prospect of dialogue and understanding at an unprecedented level — interaction that is central to any genuine Israeli-Arab peace. When Jared Kushner, the Jewish son-in-law of the president of the Jewish state’s vital ally, handed that Torah scroll to the King of Bahrain, he was symbolically offering a partnership. And when the king carefully received it, he signaled his acceptance.

In an article “Historic peace treaty or preparation for the antichrist?” the Messianic writer Dr. Michael Brown runs through some of the familiar suspicions some students of the scriptures might have about these political initiatives. But thank God he also has the humility of heart to say “I don’t know,” and ends by highlighting some of the glorious prophecies which point to just such a rapprochement between Jews and Arabs:

I do not know if this will ultimately hurt Israel more than it helps Israel.

But what I do know is that Jesus said, “Blessed are the peacemakers, for they will be called children of God” (Matthew 5:9).

What I do know is that Paul wrote, “If it is possible, as far as it depends on you, live at peace with everyone” (Romans 12:18).

What I do know is that it is better for Israel to have more friends than more enemies.

That being said, if sudden and dramatic peace came to the Middle East, I would be both hopeful and cautious.

Would this be the result of decades (if not centuries) of prayer and years of diplomacy? Or would it be the first step towards a dangerous, one-world government that will ultimately oppose God Himself?

Obviously, only God knows. But when it comes to making national decisions, they must be based on pragmatism more than prophecy. That’s because religious believers from all backgrounds have often misinterpreted prophecy before it unfolds, often wrongly predicting the end of the world or the return (or coming) of the Messiah.

But speaking of prophecy, this same Bible I have been quoting speaks of the day when nations like Egypt and Assyria (today, Iraq) will join together and worship the God of Israel after a time of great upheaval and judgment. As stated by the prophet Isaiah, “In that day Israel will be the third, along with Egypt and Assyria, a blessing on the earth. The LORD Almighty will bless them, saying, ‘Blessed be Egypt my people, Assyria my handiwork, and Israel my inheritance.’” (Isaiah 19:24-25)

In fact, Isaiah prophesied about other Arabian nations turning to the God of Israel through the Messiah (see Isaiah 42:11; 60:7)

And so, while only the Lord Himself knows the implications of this important peace treaty, at the least, let’s be glad that leaders are meeting together rather than killing each other. And let us see the Abraham Accords as a reminder of the day when all the nations of the earth will come to Jerusalem to worship the Lord (Isaiah 2:1-4).

May He hasten that day!