At this hour our longtime coworker Lindsay is airborne, with daughter River and a son in utero, following a joyful, tearful parting from our dwindling Jaffa community: 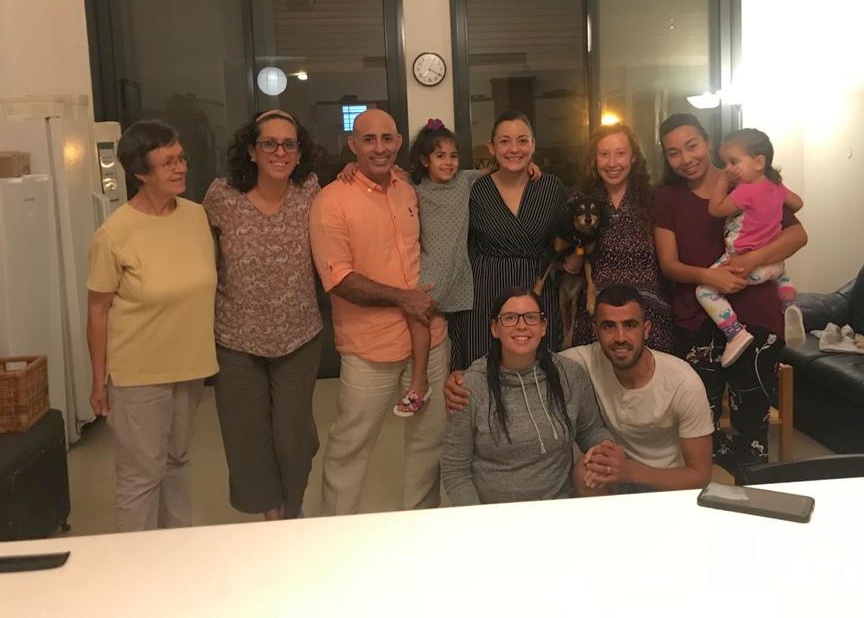 Lindsay, in the foreground of the picture with her husband Amar, is one of just a handful who’ve completed a full five-year term with the Shevet community. What a contrast between her timid and unsure arrival as a single woman in 2015, and her departure now with a beautiful family, and the affirmation of so many that our Lord has powerfully worked through her life.

For me this is one of the greatest signs of God’s presence in our community: not just that our members have blessed many others, but that they can leave full of joy, testifying that they’ve been richly blessed themselves.

And if there’s one lesson learned from our community life that I’d like to pass on to others, it’s simply that our Father is best able to glorify himself through the lives of ordinary people like us:

The year before my young family and I foolishly came to Israel, I remember my mother, as mothers do, attempting to build up my self-esteem by praising me for some ability visible only to her mother’s eye. I believe I managed to surprise her by paraphrasing Paul: “You know Mom, I’m glad that I’m actually not strong in that area. It gives me hope the Lord might be able to use me!”

Friends, take heart and step out. Whatever he calls us to do, our inadequacy is our very qualification. As always, all he asks of us is to believe him when he says it is so.

Couldn’t we do that?

Let’s believe him tonight for three-day-old Mohammed from Hebron, born with one of the most difficult heart defects to treat, hypoplastic left heart syndrome with two missing valves: 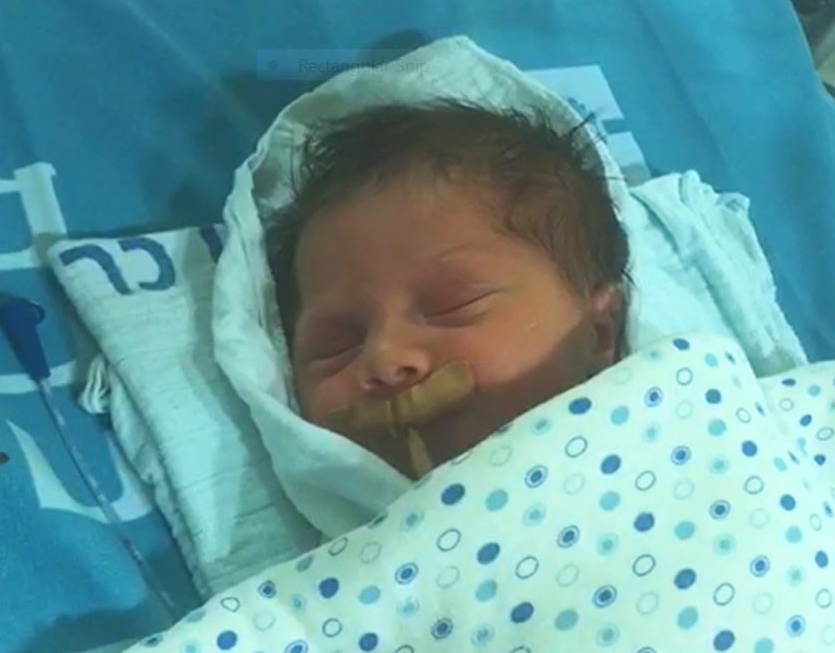 The cardiac ICU head at Hadassah Hospital in Jerusalem tonight asked us to sponsor Mohammed’s emergency transfer for surgery. I’ve heard enough about the risks and complexity of this surgery to ask if it was advisable to operate.

It’s not the first time doctors have had more faith than me.

Last week I shared with you the story of newborn Yakeen, rushed into Israel on the eve of end-of-Succot holiday for a life-saving heart surgery at the Sheba Medical Center. Glory to God, today our senior nurse Colin already brought Yakeen home to our Jaffa base: 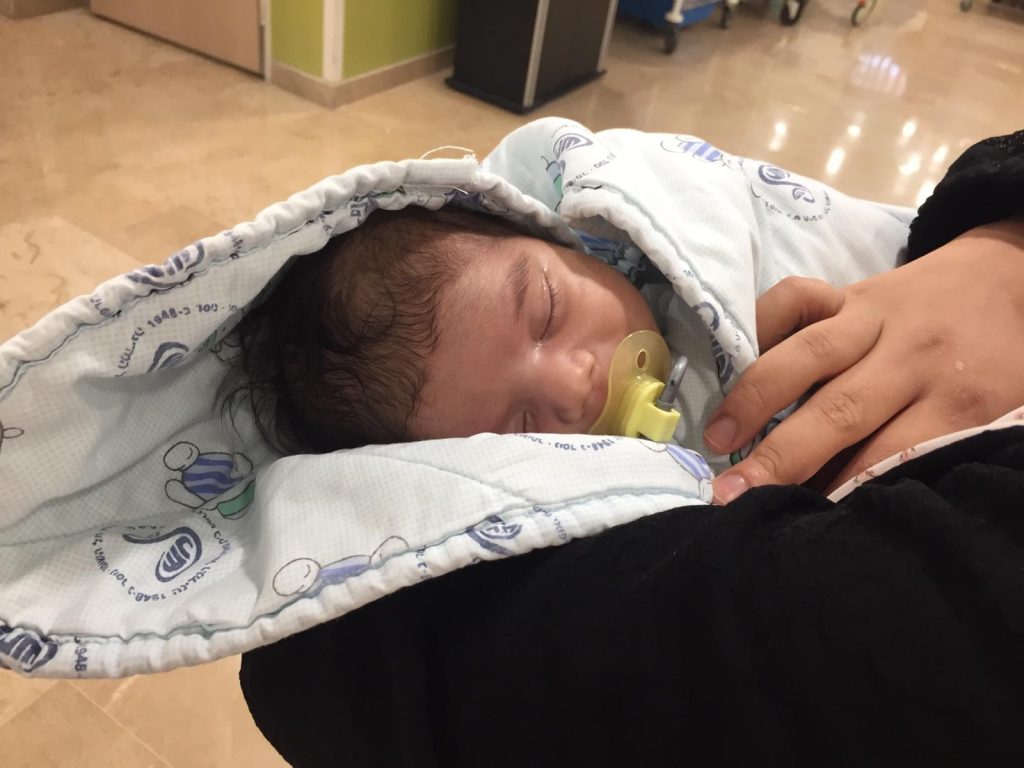 Yakeen is only 23 days old. She received a major surgery just one week ago, which included repairing a narrowing in her aorta and also placing a pulmonary artery band. She has been recovering well and the doctors have been trying their best to find the perfect balance for her medications. The doctors decided to discharge her into the care of Shevet Achim, to host her for the next week and a half. She will need to return for a blood test and also a follow-up echo. Please pray for Yakeen and her mother as they rest. We hope they will have a lovely time bonding with those at Shevet.

And more wonderful news: vivacious Mohammed from Gaza came through his highly-complex surgery on Wednesday, and today Colin found his grandmother proudly exclaiming how pink his fingers are! 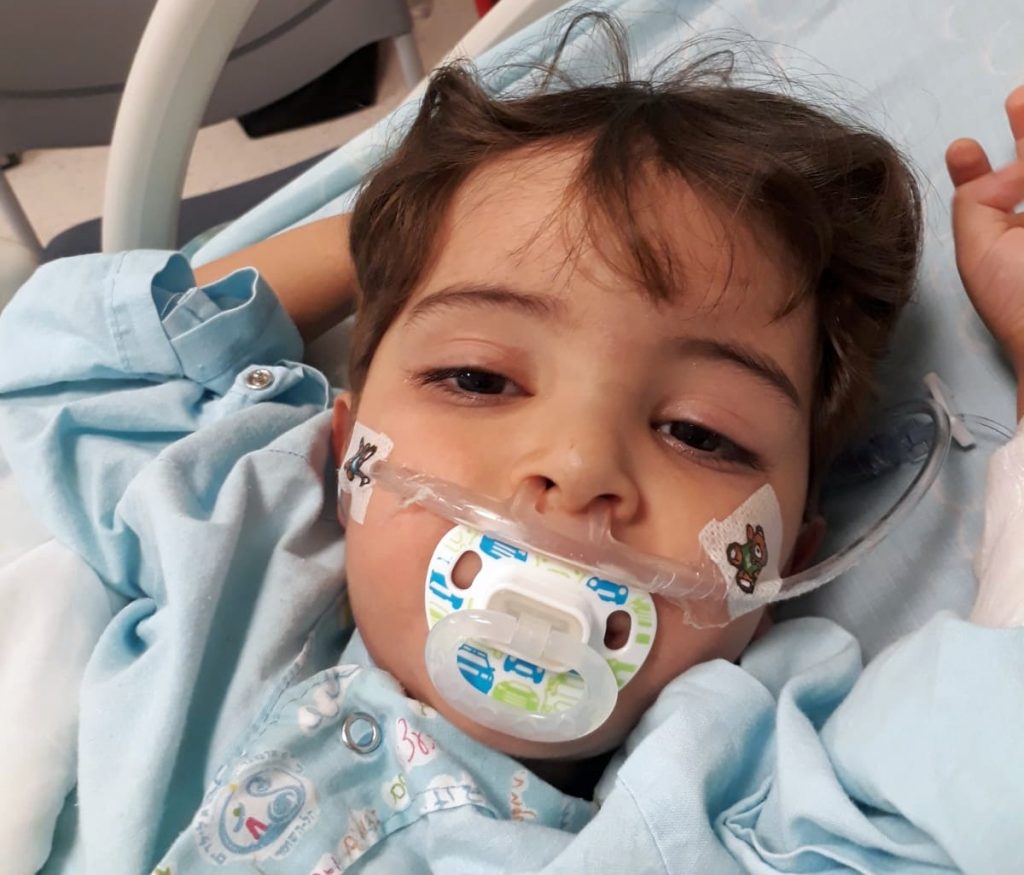 Friends, let’s take heart and carry on. The skies to and from Kurdistan are starting to reopen, and if God wills we could soon have more Iraqi and Syrian children back in Israel. (Khalid and his father will be flying back to Iraq at the end of this week after nearly nine months with us. The father can now find his way through the Torah, prophets, and Injil more quickly than most of us, and we joke with him that he’s now graduated from bible school.)

Would you pray with us that the Lord would turn the hearts of those responsible in the interior ministry in Israel, not only to approve the arrival of new patients despite coronavirus concerns, but also to allow eight new and returning community members to come reinforce our community? We recognize that it is only by God’s favor that we will be able to continue.

Finally tonight, shocking new evidence that Israel really is unique among the nations. A poll this week in the run-up to the US election finds fully 63% of Israelis believe Donald Trump is better for their country, versus only 18% for Joe Biden. Roughly half of Israelis believe that US Jews are mistaken to support the Democratic party, and that US-Israel ties will be harmed if Biden is elected. Hmmmm.

And the much-coveted Shevet community endorsement? Whatever brings our Messiah most quickly. Your kingdom come, Father, and your will be done, on earth as it is in heaven.