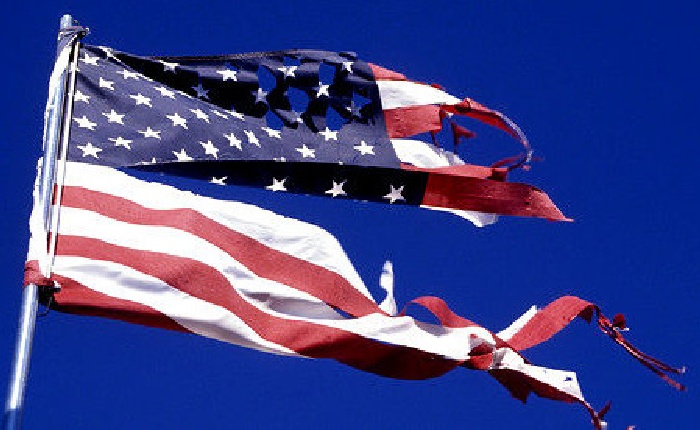 In just over two days, like many of you, I’ll be online to see who’s won the American election. And I hope that I/we won’t be in ecstasy or despair because our side has won or lost. Whatever the result there will be turmoil ahead. The real issue is simply which tool the Sovereign over this world is choosing to bring about his ultimate purpose.

And while we can’t predict tonight who will be the election winner, we can be sure of the outcome, for the prophets speak of it dozens of times:

I will take you from the nations
and gather you from all the countries
and bring you into your own land.

The more our minds are shaped by the word of God, the more we’ll realize that the covenant of God with Abraham, Isaac and Jacob is at the absolute center of human history. Everything else we’re so concerned about–other cultures and civilizations, including the USA–are just a footnote.

And the word of God couldn’t be more clear that the people of Israel will return from all countries to the land given their fathers. A strange confederation of believers latched onto this truth in the 1980s, and prayed and prophesied that communism would fall and the two million Jews imprisoned in the Soviet Union be released. A decade later this far-fetched scenario was reality.

The 2020s will be that decade for America. Today, incredibly, there are only two countries with a population of over a half-million Jews: roughly six million Jews are found in Israel, and another six million held captive by invisible bonds in the United States. The handwriting is on the wall. And like Germany in the 1930s, there are only a few lonely voices within the Jewish community who are discerning the looming threat which will soon drive them from America.

I encourage you to read in its entirety a remarkable essay penned by Bari Weiss, the opinion writer with the New York Times who created a stir with her resignation this summer. Two weeks ago she laid out in the Jewish publication Tablet a clear-eyed explanation “Stop Being Shocked” explaining to liberal American Jews why the leftist movements sweeping through American culture are already and inevitably turning against them. Here’s a key excerpt:

It does not matter how progressive you are, how vegan or how gay, how much you want universal health care and pre-K and to end the drug war. To believe in the justness of the existence of the Jewish state—to believe in Jewish particularism at all—is to make yourself an enemy of this movement.

“It’s hard to overstate how suffocating this worldview is to specifically Jewish college students,” Blake Flayton, a progressive Jewish student at GW, wrote me recently. “We don’t fit into ‘oppressor’ or ‘oppressed’ categories. We are both privileged and marginalized, protected by those in power and yet targeted by the same racist lunatics as those who target people of color. The hatred we experience on campus has nothing to do with the Israeli-Palestinian conflict. It’s because Jews defy anti-racist ideology simply by existing. So it’s not so much that Zionism is racism. It’s that Jewishness is…”

We live in a world in which everyone is being told to side either with the “racists” or the “anti-racists.” Jews who refuse to erase what makes us different will increasingly be defined as racists, often with the help of other Jews desperate to be accepted by the cool kids.

If you’re nearing the end of the essay wondering why this hasn’t been explained to you before, the answer is because, yet again, we find ourselves in another moment in Jewish history at a time of great need and urgency with communal leadership who, with rare exception, will not address the danger.

I understand why people have been blind to this. Life has been good—exceedingly good—for American Jews for half a century. Many older communal leaders seem to lack the moral imagination to see this threat. It’s also hard for anyone to hear the words: They’re just not that into you.

So when I try to discuss this with many Jews in leadership positions, what I face is either boomer-esque entitlement—a sense that the way the world worked for them must be the way it will always work—or outright resistance. Oh please, wokeness isn’t important anywhere but in silly Twitter microclimates. When you explain that no, in fact, this ideology has taken over universities, publishing houses, the media, museums and is now making quick work of corporate America, you hit another roadblock: Isn’t this just righting some historical injustices? What could go wrong? You then have to explain what could go wrong—what is already going wrong—is that it is ruining the lives of regular, good people, and the more institutions and companies fall prey to it, the more lives it will ruin.

The dominoes are falling hard and fast. That’s how you get pulpit rabbis who argue that Jews should not claim ourselves to be indigenous to the land of Israel. Or an organization meant to fight anti-Semitism that aligns itself with Al Sharpton. Or a tinderbox in the city with the largest Jewish population in the country, whose communal outfits seem to care more about lending cover to politicians than ensuring the physical safety of Jews…

It is not by chance that Jews thrived in a world in which liberalism prevailed. The idea that we should judge each person not by their station or their family lineage but by their deeds; that human beings have agency—these are revolutionary ideas that are, at root, Hebrew ones. We should never be shocked that any ideology that makes war on these true and eternal values will inevitably make war on us.

One could hope that this war against American Jews is one of words, and not blows, and could yet be resisted. For example the Labour party in the UK this week turned back from the brink and suspended former leader Jeremy Corbyn for allowing anti-semitism to run rampant through his leftist movement. But the troubling fact remains: it is God’s word itself that will not allow those six million Jews to remain in the US interminably. Nothing could be more sure.

If then this is indeed the decade of the American exodus, and if it needs must involve violent turmoil, what is our response as Christians? Years ago the director of the department for the Righteous Among the Nations at the Yad Vashem holocaust memorial told me that a majority of those who risked their lives to save Jews in Europe were motivated by their Christian faith. And the twelfth chapter of John’s Revelation speaks of a furious war against those who “loved not their lives even unto death…the rest of her [Israel’s] offspring, those who keep the commandments of God and hold to the testimony of Jesus.”

Many of us may again be challenged to show the people of Israel what a true brother looks like. Let’s keep this sobering thought in mind as we watch who rises and who falls on election day.