Something strange is happening here in Kurdistan, northern Iraq this week. Yes, the pope is in town for the first time since…ever. Iraqis and Kurds are excited and proud–like all of us they want to know they matter and that the world deems them worthy of attention. I’d like to believe in some way they are also honoring Messiah Jesus as they honor the pope.

But the really strange thing is the number of newborns suddenly appearing here with transposition of the great arteries. At this hour we have in our hands no fewer than eight babies with this condition (and another one seems to show up every couple of hours). If these little ones can get to an advanced medical center in the first few months of life, the arteries can be switched and they can grow up to have a normal life. It was just such an emergency that brought the first Iraqi baby to Israel in 2003.

Some back-of-the-envelope calculations show that roughly 500 babies are born in Iraqi Kurdistan each day. About one of 5000 babies are born with a transposition; so one should be born in Kurdistan about every ten days. The numbers we’re seeing are almost statistically plausible.

But how is it they are all finding their way to us? We’ve never seen anything even close to this. I remember once asking a cardiologist here what they were doing with their transpositions since we hadn’t seen one for so long. The truth is that many of families of these children thought there was no hope and took their babies home to die.

Now they’ve found us. Our story over 25 years is that we’ve never had to turn away a child who had no other options. I’ve long believed there is no explanation for this other than that the hand of our Father is leading to us the ones he has chosen. Now this belief is being tested. Can we stand up under the load of all these children?

It’s one thing to ask this question in the abstract. It was another late last night as I held one of these babies in my arms and looked into the hope-filled faces of her family: 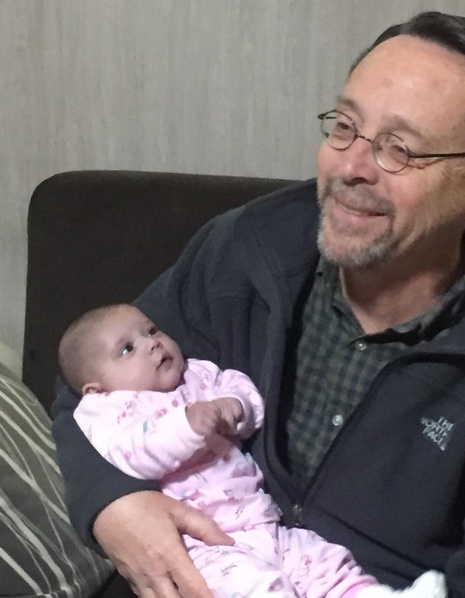 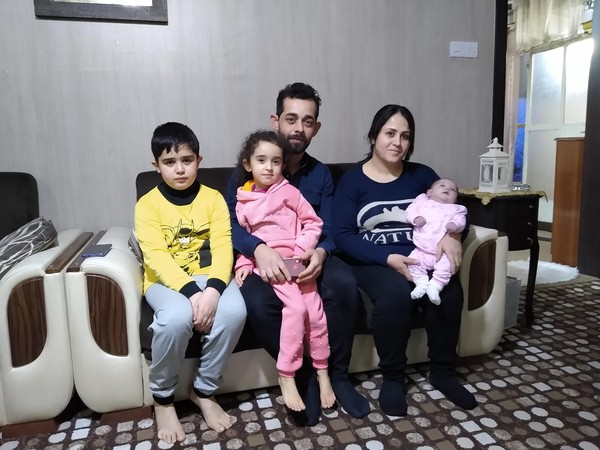 We’ve agreed in prayer with her family that the way will open for baby Mina to travel this week, along with five other non-transposition children who are also ready. We just need to find the route–possibly through Jordan and crossing into Israel by land. And for the sake of our half-dozen coworkers in Israel who must be quaking with trepidation as they read this letter, let’s also ask our Father for permission and flights for the eight more workers who are ready and waiting to enter Israel and join them.We can take inspiration where we can find it, including in the bus window seen this week in traffic in Duhok: 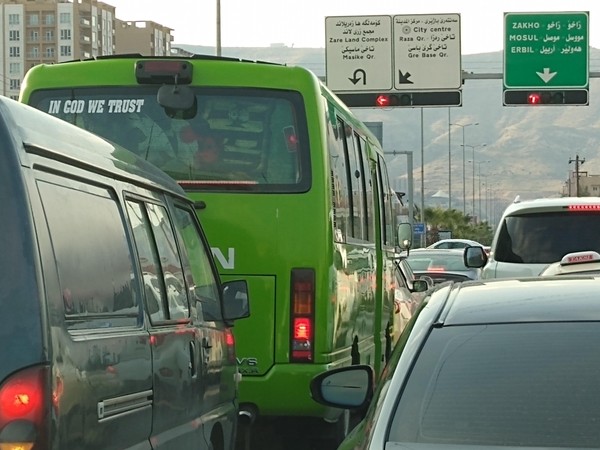 Rather than lament that these words are no longer true of our home countries, let’s press forward and believe for the day that it will be increasingly true here in the Middle East. To an extent it already is: when it’s time to close a deal, or simply get up and go somewhere, in Arabic the simple word Twakkul (“trust in God”) will suffice. I’m praying for the day that the trust of many here will extend to everything God has spoken in the Torah, prophets and New Testament.

The barriers between Messiah and the peoples of the Middle East are so great that only God’s spirit can breach them. A new report this week finds that Turkish textbooks are now labeling both Jews and Christians as infidels. And a new study of curriculum in Israeli schools finds that Christian faith is barely mentioned:

The authors note that despite the fact that the conflict between Christianity and Judaism is largely a thing of the past, Israelis still harbour a fear of Christianity. Textbooks teach very little about Christianity, and what is taught usually has to do with Judaism (pogroms, for example). Other aspects of the Christian faith or its history do not get taught. Relatedly, activities such as entering a church is still perceived as scary or dangerous, and the Holocaust continues to be seen as the climax of the relations between the two religions. Israeli educators present Judaism as a superior religion on account of its age, and often emphasize that Jesus was a Jew who never intended to found a new religion. Christianity, in turn, is presented as an accident of history, and a religion inferior to Judaism. The contemporary lived reality of Christians in Israel is ignored altogether. Christians in Israel are a minority, and many Israelis will never have contact with a Christian. The article does note, however, that there has been an increase in Israelis interested in visiting Christian sites around them. Many still fear, however, what may happen to them spiritually if they enter a Christian church – so engrained is the apprehension of Christian mission.

I’ve had several conversations in northern Iraq these last two weeks in which I’ve tried to speak candidly with longtime friends about our Christian failings in both belief and practice, in order to entreat them to look with fresh eyes at the word of God itself. I am willing to give honest criticism to Christians if it enables Muslims to come to Jesus, I jotted down at one point. I look forward to them showing us the scriptures in a new light.